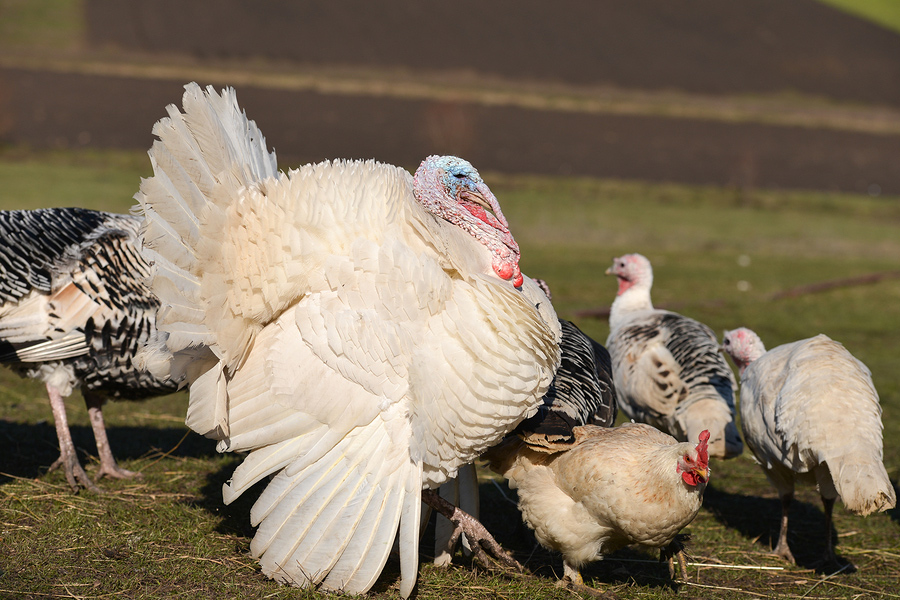 The High Cost of Cheap Turkey

A pastured turkey can cost two to three times what you’d pay for a supermarket bird. Is it really worth it? Here’s what you need to know. 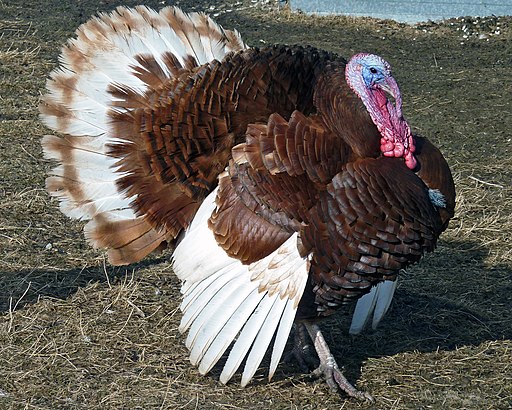 Is Pastured Turkey Worth the Cost?

Here in Virginia, a regular fifteen-pound turkey at the supermarket will cost you about $30 or less. But if you want a heritage, pastured turkey like a Bourbon Red—expect to pay anywhere from $60–$90.

That’s a lot of money! Is it really worth it?

I saw some turkeys a while ago that definitely answered that question for me. These turkeys were probably around five months old, in a truck, on their way to slaughter.

A “normal” turkey’s life span is about 7–10 years. But these turkeys wouldn’t make it to see their first birthday. If they weren’t slaughtered for Thanksgiving, most of them would die of heart disease and organ failure by Christmas.

In fact, statistically speaking, 20 percent of their turkey buddies already died before they got to this truck. Around 6 percent of them had their heart give out within just one or two months of birth.

Why Are These Turkeys So Different?

In order to maximize profits, these turkeys were selectively bred to have incredibly large breasts—so large that the birds have trouble standing up. And forget about flying! Their legs often bow and sometimes spontaneously fracture under the weight.

Pastured turkeys, which are often heritage breeds like the Bourbon Red, are incredibly athletic and free. They run up to 25 miles per hour, fly, and often roost in the trees. (If you want to see something funny, watch a farmer try to catch his or her Bourbon Red turkeys!)

And Ben Franklin is reported to have wanted our national bird to be the fierce turkey rather than the bald eagle. 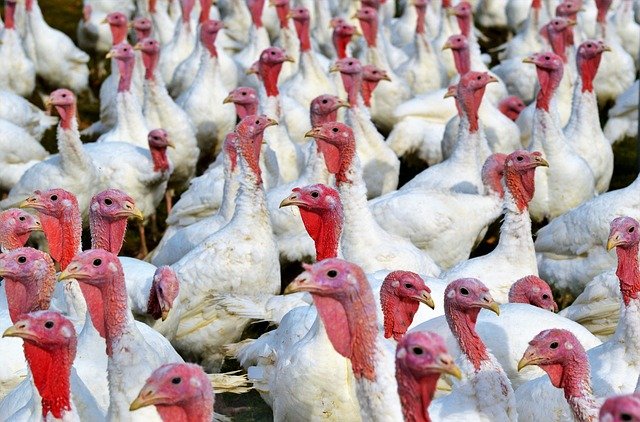 Image by Capri23auto from Pixabay

Given a choice, turkeys aren’t vegetarians. They eat lots of greens, bugs, and rodents.

The turkeys I saw on that truck, on the other hand, were fed a vegetarian diet of GMO grains like soy and corn.

And now, an important note about antibiotics: You may have heard about the U.S. Food and Drug Administration’s Veterinary Feed Directive Final Rule, which went into effect on January 1, 2017.

The rule aims to reduce antibiotic resistance by eliminating the common practice of using “medically important” antibiotics to promote animal growth and feed efficiency. However, with the approval of a veterinarian, turkey producers may still feed these antibiotics in therapeutic dosages to prevent the illnesses fostered by the living conditions often found in commercial operations—dark, overcrowded barns packed with other turkeys, walking and living in their own feces.

“How to Buy and Eat Cruelty-Free Chicken”

“How to Make Hard Apple Cider in 5 Easy Steps”

In fact, a 2013 study showed turkey meat to be the dirtiest of all meats, with nine of ten samples containing dangerous fecal bacteria including E. coli.

As we’ve learned, humans aren’t the only ones harmed by commercial animal-raising systems.

The animals I was looking at on that truck were incredibly sick—the natural result of a commercial farming revolution that has rejected the wisdom of nature. Farming has gone industrial, so that the largest U.S. turkey farms produce well over a million turkeys a month.

The entire commercial turkey industry has learned to hijack modern science to breed and raise a turkey that gets as large as possible as quickly and inexpensively as possible. Plus, by the time you buy the turkey, it’s been so filled with salt water that this solution accounts for up to 40 percent of the turkey’s final weight.

So What Can I Do? 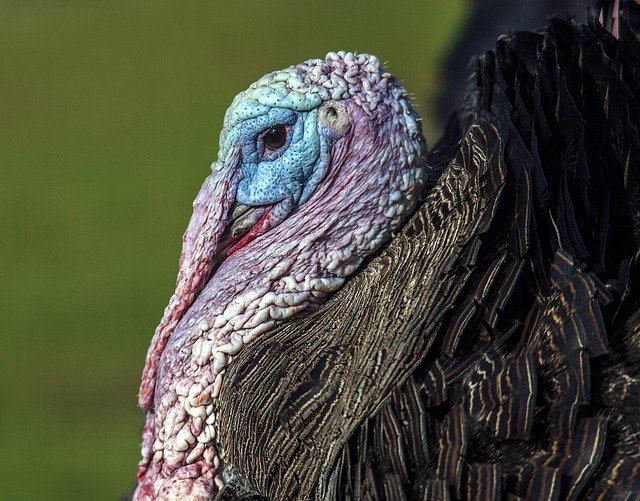 Image by afnewsagency from Pixabay

The farmers who embrace the wisdom of nature, the traditions of our ancestors, and the facts of modern science all agree: A pastured turkey raised to eat its natural diet is the best way to optimize the health of farms, turkeys—and you, the customer.

Pastured turkeys live healthier, happier lives; are healthy when they are slaughtered; and make you healthier, too. Their meat contains more anti-inflammatory fats like Omega-3s and conjugated linoleic acid (another essential fat that is scarce in the modern diet).

“How to Grow Kale (With Recipe)”

“What Makes An Organic Chicken Organic?”

These are just a few reasons to choose a pastured turkey this Thanksgiving.

3 Questions for Your Farmer 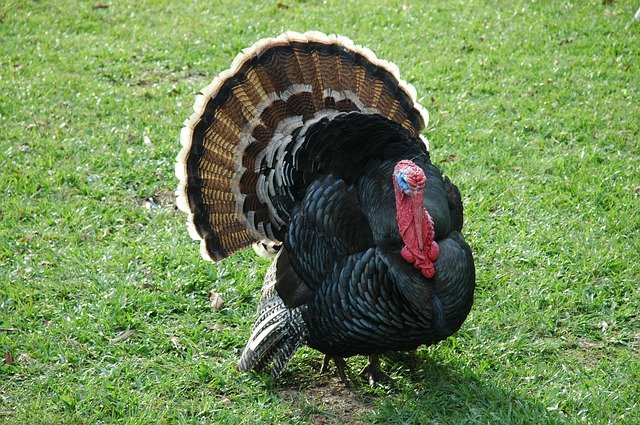 Image by Tracey O’Brien from Pixabay

If you truly want to do your part to help preserve our beautiful planet and your health, you need to ask three questions of your farmer:

You should know that the terms “cage free” and “free range” are virtually meaningless in that they make very little difference in the actual life or treatment of the turkey you are purchasing. If you see these terms, know that you are often no better off buying one of these than you would be buying an industrially raised turkey.

If you see “vegetarian fed,” know that turkeys are not vegetarians.

If you see “organic,” that’s a little better—at least you know they are hormone- and antibiotic-free, for the most part. But they still may have led lives of confinement indoors, eating grains, and living in cramped and unsanitary spaces.

Where Should I Start?

You can start by looking for a local farm that uses traditional farming practices. If you’re unsure, ask them the three questions above.

You can also talk to a practitioner who is listed on Re-FindHealth.com. Most of them know where to get local traditionally raised animals.

Also check out LocalHarvest.organd EatWellGuide.org. Last, you can look up your local chapter of the Weston A. Price Foundation for help finding great farms and resources near you.

This is an updated version of a post that was originally published in October 2014.