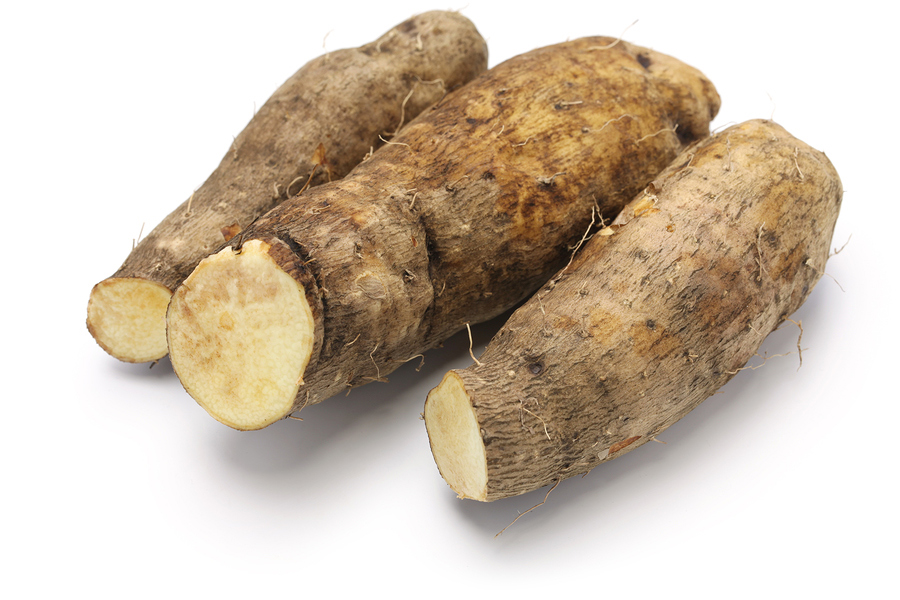 What the Hell is a Yam?

Getting to the Root of the Question

First off, let me explain how I arrived at the question, “What the hell is a yam?”  I’ve been on a little quest – to find the fabled yam.  I started this quest last week, knowing exactly what a yam was… or so I thought.

We’ve had several questions over the past few weeks about the confusion that exists around yams and sweet potatoes.  Seems that people are finding contradictory information on the internet, and several people asked us to help them sort things out.

So I thought it would be helpful to put together a simple article with some pictures, to show people how they can tell the difference between a sweet potato and a yam.  That couldn’t be too hard, right?  They’re two different plants.  To be honest, I thought this would be as easy as making two short bulleted lists – voila, problem solved.

That was last week.

I gathered up the facts about sweet potatoes first.  That was pretty easy, just like I expected.  So I quickly moved on to start gathering up the same facts about yams…

And here I sit, days later – my mind tied into a knot by knotty roots.  I set out in search of a few simple facts, and that search led me on a whirlwind tour of world history with more sidebars and tangents than you can imagine.

The Mysterious Origins of The Word “Yam”

That’s a convenient explanation, but on closer inspection it doesn’t make sense, since yams weren’t called yams in most West African languages.  They were called isu, ji, viazi vikuu, and other names from African languages.

Some argue that the name “yam” was adapted from Portuguese or Spanish words, and it is possible that the name did travel across the Atlantic on a slave ship – in the mouths of the traders, and not the slaves.

If you check out Webster’s Dictionary, you’ll find that there’s probably some degree of truth to both explanations.  They claim the origin of the word “yam” is nyami, which means “to eat” in the Fulani language, which was spoken in West Africa during the slave trade (and today) by people who ate (and whose descendants still eat) yams.  The word nyami was adapted to inhame in Portuguese and ñame in Spanish, and then later to igname in French and eventually to yam in American English.  So, while yams have been cultivated around the world for ten thousand years, the word “yam” has only been around for the last few hundred years.

However it came into existence, the word “yam” today can mean many things.  In a global food market in 2016, saying the word “yam” is about as descriptive as saying the word “root.”  There might be 20 different things for sale in that market that are called by the name “yam.”  What you get will depend entirely upon whom you ask.

What the Hell is a Yam?  It Depends…

If you make the mistake of asking a Japanese person, you might get any one of several different plants – a sweet potato, an actual yam, an Okinawan purple yam (which is actually a sweet potato), or a third plant that’s also known as the konjac.  As I said before, the word “yam” doesn’t really mean much.

If you ask a Mexican person for a yam, there’s a chance you’ll get jicama, which is also known as yam bean.  This plant has another, even more confusing, common name – it is also known as the Chinese potato, even though it is native to America and probably didn’t find its way to China until after the Spanish conquest of Central America.  In addition to not being Chinese, jicama is also not a potato. Then again, a sweet potato isn’t really a potato either.

Ask a Pacific Islander for a yam, and you might get taro root.  Taro is also known as yam in Southern Spain, and in some Portuguese-speaking countries as well.  And the word “taro” could cause you some additional confusion in West Africa, the home of the yam, where taro is commonly known as coco yam.

Of course, there is in fact such a thing as a true yam.  But it’s definitely not as easy to pin down as the sweet potato is.  All sweet potatoes belong to one species.  So while there are hundreds of varieties of sweet potatoes, they are all the same plant – Ipomea batatas.

Not so with the yam.  There are at least 8 species of yam that are cultivated for culinary use in the world today.  They all belong to the same genus, Dioscorea.

So, right off the bat, you can’t really do a clean comparison of yams versus sweet potatoes.  The sweet potato is one plant, and the yam is a big family of related plants.

And the yam family doesn’t stop with those 8 culinary species – not by a long shot.  Those are just the tip of the iceberg.

Yams grow wild all around the world.  There are over 600 accepted species in the genus Dioscorea.  They predate humans by about 75 million years, and they have a representative on every continent except Antarctica.

There are some native, edible yams that grow wild right here in North America.  Fourleaf yam (Dioscorea quaternata), and the wild yam (Dioscorea villosa) are native across the Eastern United States and were used as food sources by the Native Americans there.

If you look for information about yams vs sweet potatoes on the internet, you’ll find a million comparisons that say things like “sweet potatoes have smooth skin and yams have rough skin,” and “sweet potatoes are more moist than yams.”  Of course, if you’re only holding one or the other, you don’t have anything to compare it against, and this isn’t very much help.

And much of the information that’s out there is targeted at the average American grocery store consumer.  So, the overall message you’ll find is something like this, “People in America call sweet potatoes ‘yams.’  Yams are from Africa, and we don’t have yams in America; we only have sweet potatoes.” 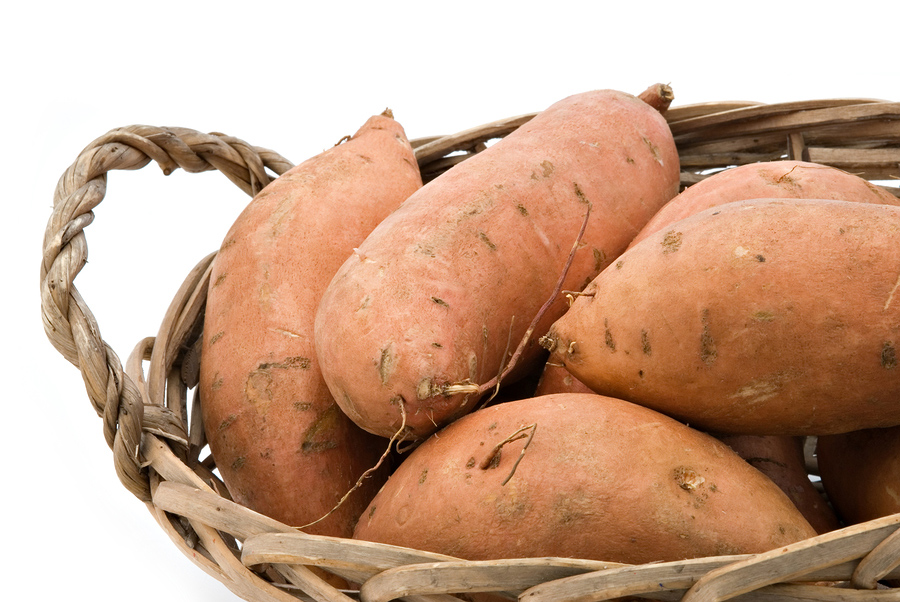 What the hell is a yam? Not this – this is a sweet potato.

In addition to the wild yams that are native to America, culinary yams have been grown here, and continue to be grown here – in small volumes by independent growers.

All the way back in 1896, Robert Henderson Price referred to sweet yam (Dioscorea sativa) being grown in Georgia and Florida.  He also referred to Chinese yam (Dioscorea polystachya) being imported from France to the US around 1850.  That yam had been acquired by the French Consul in Shanghai, while France was trying to find alternative crops to respond to the potato blight in 1848.

In 2009, the USDA reported on 5 species of yams that are considered foreign invasive species in the US – some of which were brought here as food crops.

And in addition to actual yams, there are many other things that might be sold as “yams” that are not truly yams.

If you are the “average American grocery store consumer,” then the confusion about yams shouldn’t be a problem for you.  You buy your sweet potatoes at the grocery store, cook them, and eat them.  Who cares if they’re labeled as yams?

But it’s a little more complicated for the home grower.

In most of North America, making the mistake of planting Dioscorea yams instead of sweet potatoes could cost you your whole harvest.  Most of the culinary yams have a growing season that is too long for our climate, and they will freeze before they yield.

Many people enjoy eating their sweet potatoes raw.  But most true yams shouldn’t be eaten raw.  Some contain toxins, and most contain bitter compounds, so yams are typically soaked or boiled before consumption.

Sweet potatoes also offer more nutrition than yams – so even if you’re in a tropical region where you could grow yams, it probably makes more sense for you to use your precious garden space for sweet potatoes.

So do a little due diligence before you plant, and make sure that you know what you’re putting in the ground.  How will you know?  The best approach is probably to get your planting material from a source that uses the Latin botanical names for their plants.

In fact, the only person who ever gets a clear answer to the question “What the hell is a yam?” is the botanist.

In the hypothetical global food market we talked about above, there was potentially a lot of confusion about what a yam is.  The word “yam” can mean one thing in New Zealand, a different thing in Japan, and yet another thing in Polynesia.  It’s confusing all around the world.

And it will work just as well for sweet potatoes.  Request Ipomea batatas anywhere in the world, and what you get will be a sweet potato.