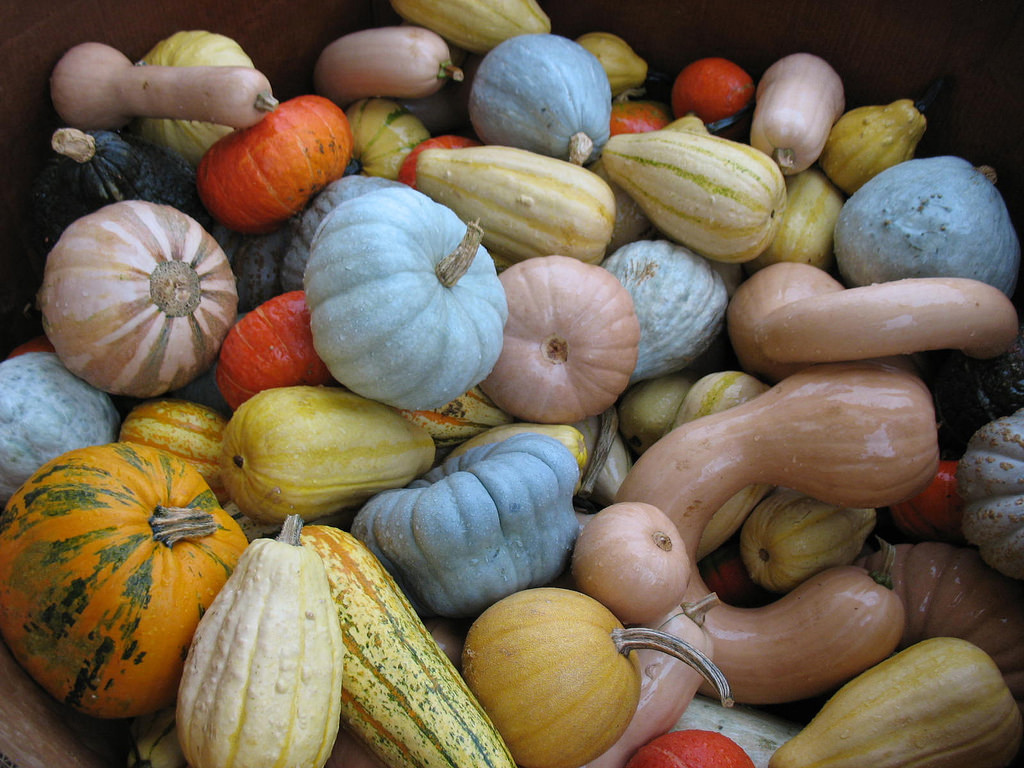 Have you ever heard of a Penobscot pumpkin? What about a skunk bean? Rose corn? Chances are you’re not familiar with these heirloom varieties because they were grown by the Abenaki tribe in New England, and their cultivation has been in a long slow decline for centuries.

The Abenaki grew an abundance of corn, beans and squash in the fertile river basins of Maine, New Hampshire and Vermont. They used fish to fertilize their crops and they developed a wealth of open-pollinated heirloom varieties.

Fred Wiseman is a retired college professor who taught anthropology and ethnobotany at Johnston State College. He is also a registered member of the Sovereign Abenaki Nation, and his is on a mission to restore the traditional heirloom seeds that were grown by his ancestors prior to European settlement. He calls this labor of love the “Seeds of Renewal” project. Fred started out in 2011 by networking within the Abenaki Nation. He got off to a slow start, with only one success in his first year.

Then he took his search online and by the end of 2012 he had successfully tracked down about 15 seed varieties. Today he drives around the region chasing rumors of surviving heirlooms, and writes letters to people far away who might possess seeds, or at least knowledge of seeds. His search has extended to Colorado, Manitoba, and Quebec. As of February 2015, Seeds of Renewal has located and preserved 24 authentic Abenaki heirlooms.

Fred is a driven man. As he writes in the magazine Vermont’s Local Banquet:

“I remember Abenaki families, who were often very poor, living off the waters and lands by hunting and fishing. I remember children and adults gathering edible plants: marsh marigolds, wild onions, and fiddleheads in the spring, wild herbs, roots, and nuts in the summer and fall.

Today I live in Swanton, and it’s clear that this rigorous but ultimately healthy outdoor lifestyle has largely been replaced by the intake of commodity food, which is heavily reliant on refined carbohydrates, fats, and processed items. This fundamental change from a land-based to an industrial food system is most certainly contributing to our region’s childhood obesity problem, and I have found that Vermont’s indigenous Abenaki communities have been particularly hard hit by this cultural transformation.”

All of Fred’s hard work is paying off. The Abenaki tribe has begun to reintroduce the seasonal agricultural ceremonies that were practiced by their ancestors, and in September 2014 their Harvest Supper produced a spectacular feast of indigenous produce. In October 2014, representatives traveled to visit the nearby Passamaquoddy tribe and to take them the seeds of the 2014 harvest. With the help of Seeds of Renewal, the Passamaquoddy held training seminars to teach proper planting, ceremony, and cuisine preparation. Other regional tribes have asked to be included in 2015.

Video: Everything You Need to Know About Saving Bean Seeds

When it comes to seed saving and the development of open-pollinated heirloom seeds, Fred Wiseman and Seeds of Renewal have truly taken this effort back to the source. The varieties they are resurrecting are varieties that were selected based on their performance in this region for centuries. Sustainable, reliable crops that have proven their ability to provide nourishment to large populations, without the support of synthetic chemicals.

If you love this story, you should think about getting involved. There are many similar projects happening all around the US right now. Here are just a few to get you started:

– Native Seeds/SEARCH is focused on seed sovereignty and cultural diversity in the greater southwest, and northwest Mexico – www.nativeseeds.org
– The Northern Indigenous Seed Sovereignty group is building a seed library in the Great Lakes region – Email to Contact
– The Indigenous Seed Sovereignty Network is working nationally to coordinate the efforts of various tribes – www.nativeharvest.com
– The Acequia Association is reviving and protecting native heirloom seeds in New Mexico – www.lasacequias.org

With a little searching, you should be able to locate a program in your area. Make contact with the organization and ask what you can do to help. You can help keep the future of our food in line with the past. And, you’ll probably come away with some awesome open-pollinated seeds to grow in your garden and share with your friends and neighbors.

If you are interested in saving and sharing seeds but you haven’t been successful yet – here is a good place to get the basic info you need to get started: Saving Quality Seeds Certification.