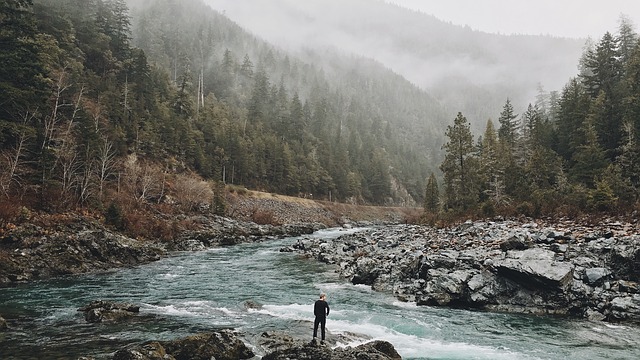 Living Off the Land: Surviving Week #1

Welcome to the 30-Day Survival Challenge!

Whether you spend your leisure time reading The Swiss Family Robinson, watching shows like Doomsday Preppers, or just enjoying the outdoors, you’ve probably had a survival fantasy at one time or another.

How hard is it to live off the land?

Could you do it?

Follow my journey in this series of articles and videos as I survive for 30 days off of the foods I can get through foraging, hunting, fishing, and trapping. Along the way, I’ll pass along my strategies, tips, and tricks for survival.

My survival month will be split into two parts. For the first half, I’ll be at home. I’m combining the responsibilities of regular life with the demands of survival. For most of this time, my wife is out of town, so I’ll have full parental duties as well. My goal here is to mimic a stay-at-home type of emergency, such as a personal financial crisis or economic collapse.

During the second half of the month, I’ll be taking to the woods for a more traditional survival adventure. A friend and I will hike the Ozark Highlands Trail in Arkansas (165 miles/265 kilometers) from end to end. We’ll have only the equipment we pack in, and we’ll eat only what we can find along the way.

Living Off the Land: The First 3 Days

My first days were marked by a sense of adventure . . . and also a significant calorie deficit.

That’s normal, by the way. I was starting with nothing, and it takes time to build up enough resources to get comfortable. As an extra challenge, I’ve had a lot of time-consuming errands and trips that haven’t left me much time to gather food.

While my mind understands the big picture and knows that food will be coming, my body does not. All it sees is that its sugars and carbohydrate stores have become depleted, and it starts to panic. But I’ve gone through this many times in similar adventures, and the results have become fairly predictable:

For the first 3 days, I am plagued by fatigue, difficulty concentrating, and loss of interest in normally enjoyable activities.

My emotions become erratic and negative—full of fear, doubt, and despair. These feelings are usually unfounded, overblown, and passing.

The body is acting like a spoiled child throwing a tantrum.

It is accustomed to food whenever it wants and usually as much as it wants. And it doesn’t like being told that it has to behave. It’s not a fun period of time, but it passes. I just have to keep reminding myself that I’m on an adventure, and every worthwhile adventure has its difficult parts. This, too, is a part of the story.

During these early days, my main goal was simply to find easy calorie sources. While I did eat a variety of flora, wild plants are generally not good sources of energy. The exceptions are roots and fruits. This time of year, blackberries were the go-to plant for me. I’ve eaten more blackberries this week than I’ll ever want to see again in my life. But that’s all part of survival. 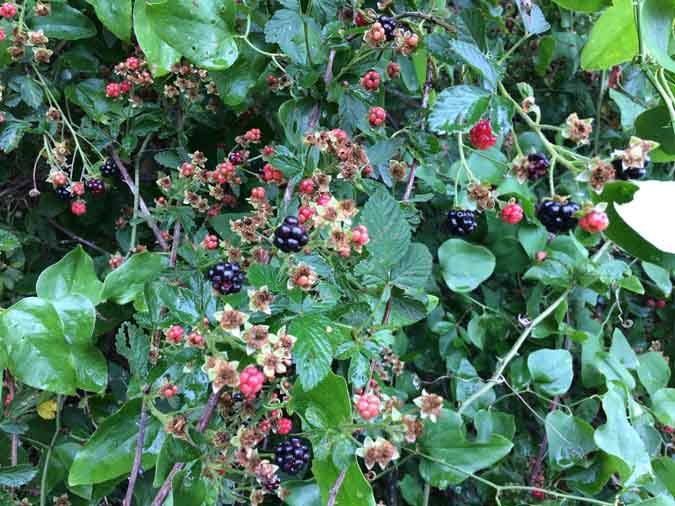 Blackberry brambles make a good choice as an energy sources because they’re common, they contain enough sugar to give you a quick boost of energy, and they’re prolific. I can come back to the same plants day after day to pick my fill of new berries.

Living off of foraged plants alone, while possible, isn’t easy. As good as those blackberries were, I’d need to eat around 2 gallons of them a day to meet my typical caloric needs.

That why I’m also fishing. 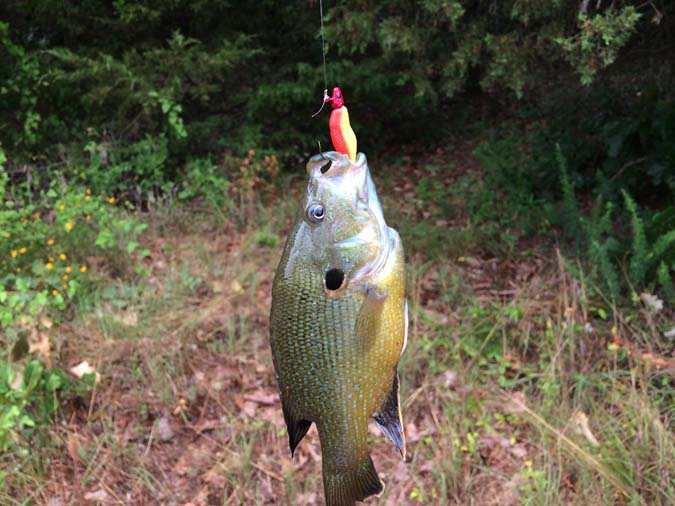 Fish aren’t typically thought of as a high-calorie food. However, if you leave the skin on, you get a little fat. And fat is an excellent high-density calorie source. As a bonus, fishing is generally more passive and requires spending fewer calories than squirrel hunting, which is just about the only animal in season for me right now.

An even more energy-efficient strategy is trapping, but I’ve had no luck there. The only thing I’ve caught was a house cat in a cage trap.

(Yes, I let it go. Theoretically, I have nothing against eating cat in a survival situation. But this was probably somebody’s pet, and that just doesn’t seem neighborly.)

Anyway, back to the fish. They tasted awful.

You know how fish out of a pond sometimes have a “dirty” taste? That was these fish.

And I didn’t have access to the butter, lemon, salt, and pepper that might have covered it up. I tried peppergrass, but it just wasn’t enough.

Though less than appetizing, I made myself eat the fish. As challenging as it is to keep up my calories during this phase of my survival month, my hike across the Highlands Trail will be much more difficult. I cannot afford to enter that phase with my energy reserves already spent.

A funny thing happened somewhere around the third day. My last carbohydrate reserves became depleted and my body saw that its emotional attacks were not manipulating me into pouring a bowl of Cheerios.

The rebellion ended. Now my body and mind could start to work together . . . and the results were remarkable.

During this time, my senses sharpened. I suddenly became aware of all the smells around me. Little noises and quick movements drew my attention, where I would normally have filtered them out.

Tastes that would have been off-putting, such as those dirty pond-fish, became desirable; even delectable. Dormant biological processes and instincts started to wake up.

In short, I became a predator.

It would take another few days before I finished switching over to a predominately fat-burning metabolism. But around day 6, I felt the last of my fatigue and habitual hunger fall away.

I don’t know what will happen next week, but I’m entering week 2 full of energy and ready for more adventure.

Do you have any questions about what I’ve been eating or about anything else in my adventure? Have you had your own survival experiences? Tell me all about it in the comments.

Psst! Our Lawyer Wants You to Read This Big, Bad Medical Disclaimer –> The contents of this article, made available via The Grow Network (TGN), are for informational purposes only and do not constitute medical advice; the Content is not intended to be a substitute for professional medical advice, diagnosis, or treatment. Always seek the advice of a qualified health care provider with any questions you may have regarding a medical condition. If you think you may be suffering from any medical condition, you should seek immediate medical attention. You should never delay seeking medical advice, disregard medical advice, or discontinue medical treatment because of information provided by TGN. Reliance on any information provided by this article is solely at your own risk. And, of course, never eat a wild plant without first checking with a local expert.