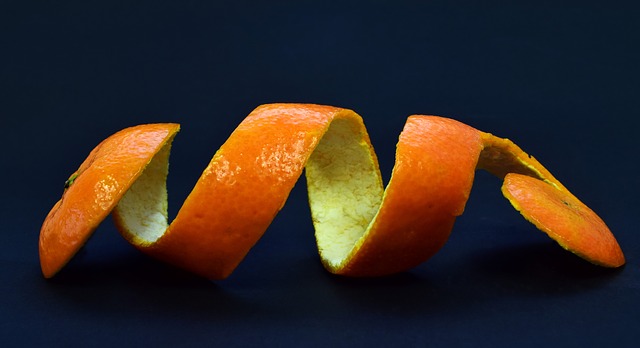 “Treuer initially set out to locate the large placard that marked the plot—and failed.

‘It’s a huge sign, bright yellow lettering. We should have been able to see it,’ Treuer says. After wandering around for half an hour with no luck, he consulted Janzen, who gave him more detailed instructions on how to find the plot.

When he returned a week later and confirmed he was in the right place, Treuer was floored. Compared to the adjacent barren former pastureland, the site of the food waste deposit was ‘like night and day.’

‘It was just hard to believe that the only difference between the two areas was a bunch of orange peels. They look like completely different ecosystems,’ he explains.

The area was so thick with vegetation he still could not find the sign.

Treuer and a team of researchers from Princeton University studied the site over the course of the following three years.

The results, published in the journal Restoration Ecology, highlight just how completely the discarded fruit parts assisted the area’s turnaround.

The ecologists measured various qualities of the site against an area of former pastureland immediately across the access road used to dump the orange peels two decades prior. Compared to the adjacent plot, which was dominated by a single species of tree, the site of the orange peel deposit featured two dozen species of vegetation, most thriving.”

Feed the soil, and the soil takes care of your plants. That’s why I argue in Compost Everything: The Good Guide to Extreme Composting that making lists of rules of things you “shouldn’t compost” and chucking good stuff like bones, wood, etc., is foolish. Nature breaks down organic material wonderfully. She’s a well-designed machine. Work with instead of against her and good things will come your way.

If something as simple as orange peels can restore lousy land, imagine what would happen if you added in a wide range of compostable material?

Big changes occur, even when you start small. Compost everything!