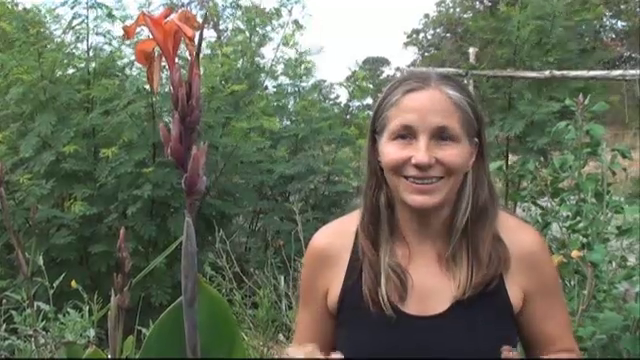 The Path Towards Self-Reliance

Walden Publishing is a new venture that is concerned with all aspects of independent living – from homesteading to financial freedom and geographic independence. Cleo Murphy is one of the folks heading up the operation. Her primary goal is to alert people about the possibilities that open up when you live a more self-directed life; whether they come in the form of acquiring online income, downshifting and decluttering, or growing your own food.

Cleo thinks that Americans are weighed down in debt – much of it for stuff they don’t actually need. And while they’re working long hours to pay off that debt, they’re missing out on the simple pleasures life can provide – like good food, time off, and a sense of control over their own lives. She wants to bring these people ideas about how they can reclaim their independence.

Towards that end, Cleo got in touch with Marjory recently to talk about the path towards food independence and how you can start down that path by growing some of your own food.

Years ago, Marjory became very concerned about the long-term health of our economy. She started learning as much as she could about self-reliance, and she started talking to people who had experienced economic collapse. She traveled to Cuba to meet the people there, and she started interviewing survivors of economic collapse wherever she could find them. The people Marjory spoke to had many interesting stories about living through collapse scenarios, but there was one common thread that she heard again and again from everyone she talked to… food!

Almost everyone Marjory interviewed shared that they had gone hungry during the collapse.

When Marjory started working on food independence projects closer to home, she was alarmed to learn that there was not enough fresh food grown in her county to consistently provide any amount of fresh produce for the lunches at even one small elementary school. She spent years immersed in the details of trying to grow her own food. And when she started offering workshops to share what she had learned, she was overwhelmed at the amount of interest and participation that her workshops attracted.

Read more: Food Security – Could You Grow Your Own?

The Grow Network is Born!

This string of events led to Marjory founding the Grow Network, to bring people all around the world together so that they can share their knowledge about growing food, raising livestock, and general homesteading. Her journey to food independence is far from over. The Grow Network represents thousands of people from all over the world – but Marjory is constantly surprised and happy to see hundreds of new people getting involved every single month.

Marjory is concerned not just with the availability of food, but also with the quality of food that is available. And that’s one of the biggest reasons why she thinks that everyone should start growing some of their own food. Even people in small apartments can grow some food in windowsills and on small balconies. In fact, Marjory recommends that everyone should start with a small garden, no matter how much land they have available.

This podcast was recorded earlier this month, and shared in one of Walden Publishing’s regular newsletters. It’s a little over 7 minutes long, and it’s great to hear Marjory getting the word out about the Grow Network and home grown food to more and more people!

You can listen to the podcast here: Be Independent… Create Your Own Food Supply