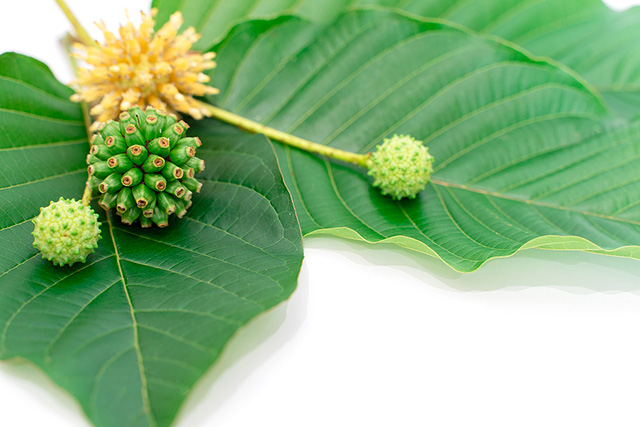 A History of Kratom: Medicine, Murder, and Political Intrigue

The history of kratom is a tale of ancestral traditions, freedom from opioid addiction … and shady backroom deals.

A History of Kratom

Kratom is a tree with a rich and interesting history. Unfortunately, hardly any of it was written down. But that’s not going to stop us from uncovering a story of medicine, murder, and political intrigue. Also, it’s powered by volcanoes. Let’s dive in. 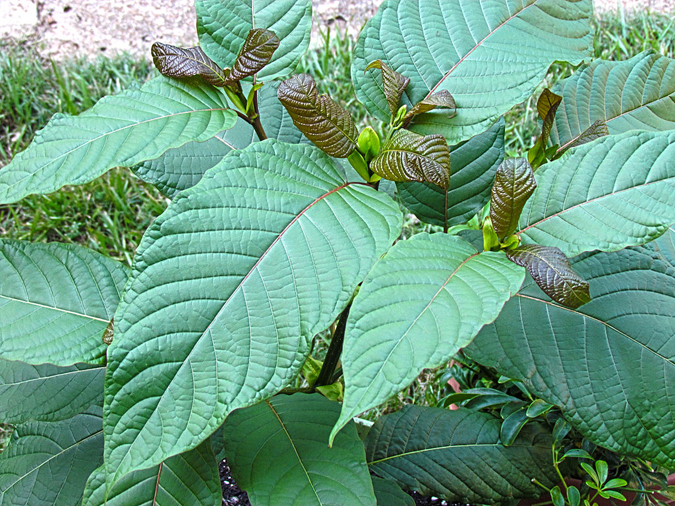 Kratom is native to southern Asia. It thrives in a warm, wet environment, and forests of it can be found in Borneo, Indonesia, Malaysia, Papua New Guinea, and Thailand. Kratom goes by a number of names across its native areas: Biak-Biak, Ketum, Krathom, Kakaum, Ilthang, Mambog, and Thom.

Many of the areas it grows in were formed by volcanic eruptions and geological upheaval. This created a rich, acidic soil with a unique mineral and nutrient profile. The acids in the soil encourage the kratom tree to produce a higher quantity of alkaline compounds. These include 2 of the active alkaloids responsible for kratom’s medicinal actions, mitragynine and 7-hydroxymitragynine. (I told you it was powered by volcanoes.)

While it is not a flashy tree, kratom is one of the largest tropical trees, growing over 70 feet tall (and up to 115 feet in ideal conditions). But it’s not the tree’s impressive size that makes it significant. It’s the leaves.

The leaves are harvested in late summer or early fall, when their medicinal properties are strongest.

“CBD: How to Choose Between Full-Spectrum, Broad-Spectrum, and Isolates”

“9 Benefits of Kratom: A Natural Alternative to Opioids and Mood Enhancers”

Kratom is associated with a number of traditions, customs, and ceremonial uses. Ancestral worship ceremonies are preceded by the consumption of kratom mixed with sweet foods, and several religions have a spiritual connection with kratom.

In everyday use, the leaf is chewed or brewed as a tea to restore strength and relieve pain. It combats tiredness, increases appetite, and enhances focus. Kratom has traditionally been used to increase appetite and sexual desire. Kratom leaf is also used internally for various digestive issues, including intestinal parasites, and externally to heal wounds and to act as a topical analgesic.

In rural Thailand and Malaysia, kratom is not viewed as a drug. It is viewed more like how westerners view coffee or tea. Consider the informal rituals of a morning cup of coffee or tea time, and how we drink coffee or tea for a quick pick-me-up or to sustain our concentration during the afternoon lull. 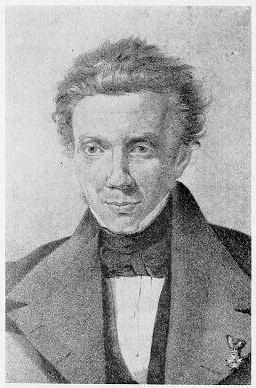 Kratom has likely been used for thousands of years. But the western world was completely unaware of its existence until the Dutch found their way to Malaysia. Pieter Willem Korthals, an employee of the East India Company, “discovered” the herb for the western world in the early 19th century and began studying it. The official name of the plant changed around a bit until its current official name, Mitragyna speciosa, was settled on in 1859.

In 1907, British botanist L. Wray sent samples of kratom to Edinburgh University to see which strains could be used medicinally. In 1921, some of the active alkaloid compounds were officially described. And in 1931, J.H. Burkill confirmed the plant’s potential in the treatment of various stomach problems.

Up until this point, the history of kratom had been relatively conflict-free. However, trouble began brewing in the background of the 19th century. Opium use was greatly expanding in Malaysia and Thailand. It was legal and even taxed by the state. But as time progressed, and the price of opium became too high for the common worker, kratom became an increasingly popular alternative.

Not only was kratom a cheaper, safer alternative to opium, it was helping to free people from opium addiction. This should have been celebrated. But in 1943, the Thai government, which was attempting to gain control of the opium market, outlawed kratom, eventually placing it in the same category of drugs as cocaine and heroin.

The behind-the-scenes workings of government can be difficult to prove, but it certainly seems likely that kratom was not outlawed for any harm it was causing the people. Rather, it appears to have been outlawed due to the harm it was causing to the opium market. Kratom was the people’s protection and salvation from opiate addiction, but it came at a great cost to the government and the opium industry. (Hold on to that thought for later.)

In 1952 the Poisons Act made sale of kratom leaves, and other products, illegal in Malaysia. Around this time, similar laws were being passed in other countries throughout the region. The law was turning against kratom.

The United States was still largely unaware of kratom at this point, but would soon be introduced via the Vietnam War. American soldiers learned about kratom from the native people they met and used it to help them deal with war in a hostile, unfamiliar environment.

GI’s brought the leaves home with them and made contacts to continue its import. Awareness spread slowly, and it went largely unnoticed until a combination of rising health-care costs and America’s own opioid crisis drew attention to kratom as a possible solution for people in need. However, increased public awareness also drew the attention of the government and the medical industry.

Up until this point, kratom was completely legal in all 50 states. But in 2015, the FDA, DEA, and other departments worked together to seize shipments of kratom. The following year, the DEA tried to list kratom in the highest level of controlled substances. This drew strong condemnation from the kratom community. 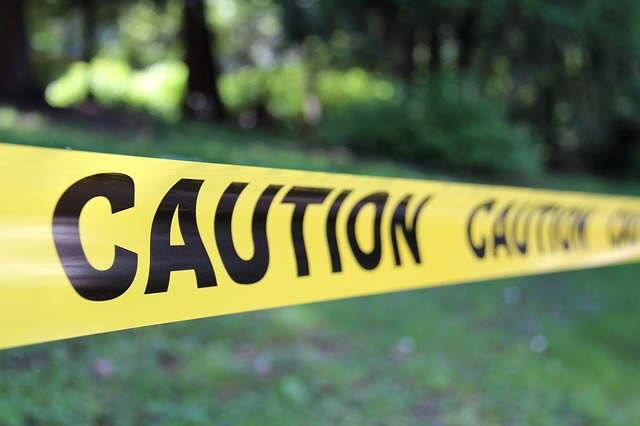 Image by Simaah from Pixabay

Various studies and reports tried to paint kratom as a dangerous plant, linking it with numerous deaths in the U.S. However, these “kratom deaths” are always linked to other illicit substances. But for some reason, it’s the kratom that gets the blame. One “kratom death” was a man that had been shot in the chest by a shotgun.1)Wing, Nick. “FDA Releases Kratom Death Data, Undermining Its Own Claims About Drug’s Deadly Harms.” HuffPost. HuffPost, February 7, 2018. https://www.huffpost.com/entry/kratom-deaths-fda_n_5a7a3549e4b07af4e81eda8b?guccounter=1.

Call me crazy, but that sounds a little suspicious. In my personal opinion, I think that kratom has been framed for murder. But why? What would someone have to gain from it?

Perhaps it’s a well-meaning, but overreaching, government and medical industry trying to protect us from a plant they really believe to be dangerous. Or perhaps they’re right. Maybe kratom really does have a dangerous potential for addiction. But if it does, then someone should tell the Thai government, because their 2002 Narcotic Addict Rehabilitation Act didn’t recognize kratom addiction as needing rehabilitation.2)“Narcotics Addict Rehabilitation Act B.E. 2545 (2002).” thailawonline. Accessed September 13, 2020. https://thailawonline.com/en/thai-laws/laws-of-thailand/241-narcotics-addict-rehabilitation-act-be-2545-2002.html. And in 2010, Thailand’s Narcotics Control Board said that kratom is not socially dangerous, harmful, or prone to abuse.3)“Kratom in Thailand: Decriminalisation and Community Control?” Transnational Institute, August 22, 2017. https://www.tni.org/en/briefing/kratom-thailand-decriminalisation-and-community-control. Thailand even considered making kratom legal again 3 separate times (2004, 2009, 2014).

Join Our Kratom Group Buy—and Save 16% + Get Free Shipping!

There is another possibility. Remember what I said earlier about Thailand’s opioid industry and its relationship with the government? America has its own opioid crisis, largely brought on by the over-prescription of opioid pain killers. These drugs generate a lot of money. Kratom has the potential to upset this cash flow.

Is it hypothetically possible that the pharmaceutical industry and government regulatory agencies might work together to prevent this, especially if high-ranking members of these groups regularly move back and forth across the aisle? I’ll leave that up to you to decide. 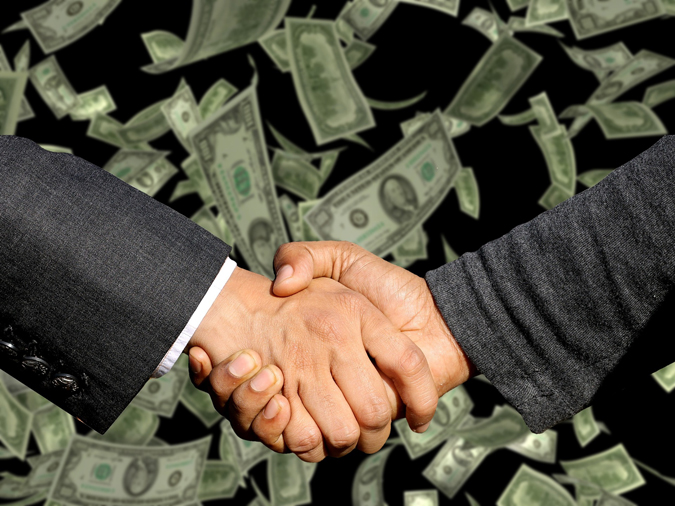 Currently, kratom is illegal in Australia, New Zealand, Canada (legal in some cities), the UK, Sweden, Poland, Ireland, Italy, and Israel. It is still legal in most US states, but is illegal in Rhode Island; Washington, DC; Vermont; Indiana; Alabama; and Wisconsin. Arkansas and Tennessee have substance control and only allow a small amount to be purchased. Illinois imposes an age restriction on purchase. Florida’s Sarasota County and San Diego, CA, have also made kratom illegal, though it remains legal in the rest of the state.

Kratom is still illegal to take in Malaysia, though it is legal to export, as long as the farmer has a permit. Thailand’s kratom laws have also loosened, though some restrictions remain.

Kratom’s legal future remains to be seen. Many states and cities are considering banning it. The best way to keep (or make) kratom free is to spread good information. Don’t let the pharmaceutical complex and government agencies control the narrative. Share this with others to let them know that kratom isn’t a criminal. It was framed.

What are your thoughts on kratom and its history? Should it be illegal or not? Let us know in the comments below!