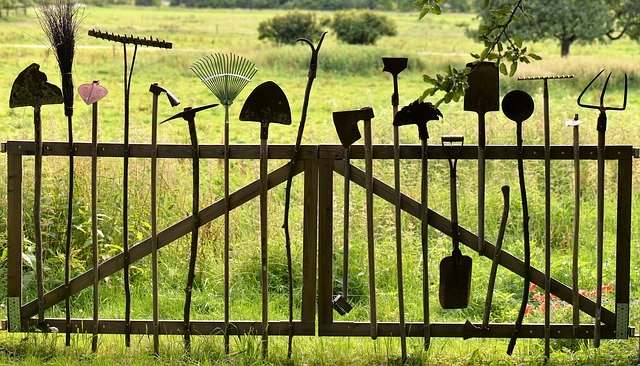 The Only 3 Gardening Tools You Actually Need

Long ago there were no chemical fertilizers.

There were no tractors.

There were no tillers.

There was the farmer, his land, some simple tools, and hopefully a few draft animals.

Though most of us no longer have a yoke of oxen, there are some modern versions of old tools that are remarkably efficient. Some tools have made a raring comeback in recent decades—and some have really come into their own for the first time.

One of these tools is the broadfork—and it’s become an essential part of my homestead.

Here I am with mine: 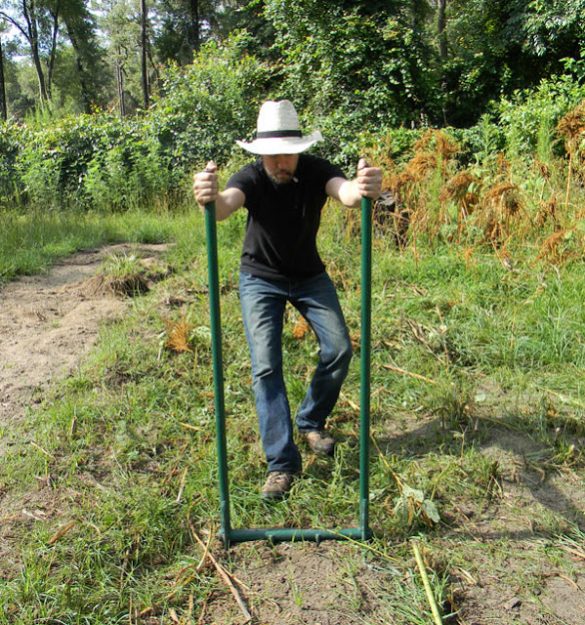 That is a startlingly efficient method of loosening soil to depths of over a foot, depending on the design. Though most broadforks aren’t made for breaking new ground, they can do it in a pinch if you don’t have a ton of rocks or hard clay to contend with. The one notable exception is the Meadow Creature broadfork, and that is the only one I use.

Though double-digging is a tried-and-true way to create new garden beds, you can cover a lot more ground with a broadfork with a lot less work—and you also aren’t committed to the complete inversion of the soil.

Don’t get me wrong: in a previous life, I enjoyed firing up a tiller and plowing under vast swaths of grass and weeds. It looks like you’re making a ton of progress when you till, even though you’re really only shredding roughly the top six inches of soil. Additionally, you’re tearing through countless earthworms as you go.

When you till with a tiller, then wait a week or two, the weeds will pop right back up—and you have to do it again, killing whatever earthworm refugees managed to survive your first pass. And who knows what you’re doing to the soil’s ecosystem on a microscopic level!

A broadfork is an elegant, groundbreaking weapon of a more civilized age.

With it, you can aerate and open new ground without tearing it to bits—or, if you prefer, you can invert more of the soil and deep-till, then remove all the weeds like I do in this video:

With a broadfork, you simply drop the tines onto the ground, letting the weight of the fork start to break the ground. Then you jump on the bar and rock back and forth, letting the fork move itself into the ground. When it’s as deep as you want it, rock back on the handles to break the ground. If you rock the handles all the way back to 90 degrees, you will till the ground—but if you prefer to simply loosen and aerate in a more “no-till” manner, you can just rock the fork back and forth a little in place, then pull it out.

Move back 6 inches and repeat, continuing to the end of the space you wish to fork. Then move over and start your next row.

I often create new garden beds with just two tools: a broadfork and a digging hoe. The broadfork loosens the soil, then I use the hoe for shaping and mounding the beds. Here’s a garden I helped build this way:

One more tool that is useful is a landscape rake, as it allows you to create smooth surfaces to your beds and rake out clods and weeds.

Switching from a tiller to a broadfork has been good for my budget and my frustration levels. I no longer have to deal with stuck blades, buying gas, broken starter ropes, and hands rendered numb by jolts and vibration. I also like the relative quiet of broadforking and the lack of exhaust fumes.

Though the Meadow Creature broadfork isn’t supposed to be used for prying boulders, it easily pulls large rocks out of the ground, working as a very good lever. I have used mine for years and have not been able to break it.

Though a broadfork isn’t cheap, I have found mine to be more than worth the money. Many gardening tools are of limited utility and are unlikely to stand the test of time, but I am convinced the broadfork has staying power.

If you ever get a chance to try one out, I think you’ll agree.


Categorised in: No Till, Time-savers, Tools, Videos