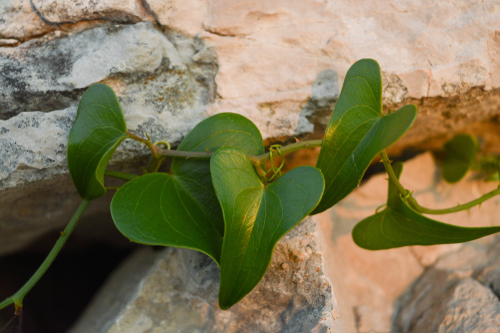 3 Edible Weeds You Can Find in Urban Areas

A prepper knows that extreme changes can happen when you least expect them. Conditions might be the stark opposite of what you’ve been preparing for, and they may leave you with almost nothing. Yes, there can be circumstances when your years of preparation may seem insufficient. There can be incidents when people (yes, even preppers) have to leave their place in a hurry and are unable to take their bug-out bag or any edibles with them—and hence their preparations seem to be in vain. So, what if your house catches fire or a sudden invasion leaves you with no choice but to bug out and survive out in the open, without anything to eat or drink? In a SHTF situation such as this, your local stores could run out of goods in no time.

So, one must know the options Mother Nature has for you, and whether or not they are safe to eat. Here’s a guide to help you learn about some freely available food sources that are either safe to eat as they are or can be made safe to eat. Read all the way to the end if you don’t want to miss out on some great foraging on plants and weeds that can easily be found growing in urban areas.

What Edible Plants Can You Find in an Urban Setting?

It’s not necessary that you get stranded on an island in a wild forest in order for foraging to become a valuable skill. There are many possibilities that could lead to people being in need of food and water right in the areas where they already live. Yes, entirely urban settings. I’m not suggesting that you shouldn’t have your bug-out bag ready or that you should stop storing food. But you should also know about your options if Plan A—which includes a survival bag and survival food storage—fails. If your local stores and your own storage options leave you with no food to survive on, you should know about these few edible plants that can probably be found growing right in your neighborhood.

It’s not necessary that you get stranded on an island in a wild forest but there are possibilities of people getting stuck with no food or water in areas they already live—yes, entirely urban settings. Not that we’re suggesting that you shouldn’t have your bug out bag ready or should stop storing food but you should also know about your options if plan A, which includes a survival bag and survival food storage, fails. So if your local store and your own storage options leave you with nothing to survive. Here are a few edible plants, growing in your neighborhood.

Catbrier, or smilax, is an edible plant whose shoots, roots, and leaves can all be eaten. The plant is quite prevalent in many urban areas and contains valuable nutrition to help you survive for days. Some species produce blue-black berries. The berries of some species are considered edible, but the seeds are not. To identify catbrier, just look for vines that have both tendrils and thorns. The tender portions of this vine, which are easily snapped, can be eaten either raw or cooked. However, some people have reported experiencing a sour stomach after eating the plant raw, so it’s better to lightly cook or steam the shoots and leaves before eating. The roots are a good source of calories and nutrition, and the leaves can be served like spinach. 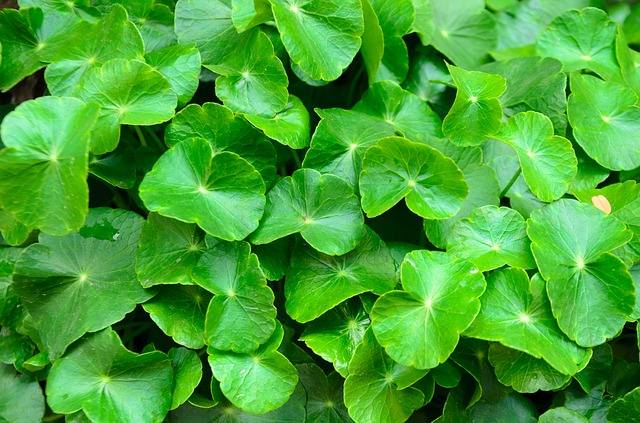 This coin-like plant, which can be found growing in lawns and gardens, is quite edible. Dollar weed, or pennywort, is widely despised by homeowners who are irritated by its excessive growth and invasive nature. Little do these people know that these “annoying” plants are quite close to celery in terms of taste, and the leaves can be served as a raw or cooked delicacy if SHTF. Dollar weed is a close cousin of Gotu Kola, which is widely known for its use in traditional Asian cooking and medicine. If you consume dollar weed, make sure you wash it thoroughly to avoid the risk of ingesting herbicides that are widely used to control this plant in lawns and gardens. 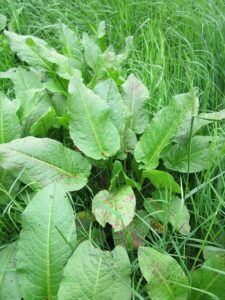 Many species and varieties of this weed, known as dock or rumex, are commonly sighted in urban areas. Its leaves grow abundantly in spring and are perfectly safe to eat. If you’re eating them raw, you might suffer from a gag reflex at first because of the bitter and harsh taste. Therefore, it is suggested that you don’t eat this weed in large portions. If it is possible, cook the leaves a little, like you would spinach or any other leafy greens, so as to minimize the bitter taste.

In closing, don’t just rely on the most commonly known practices for survival—always keep exploring for more options. A true and smart prepper knows that his or her plan can always backfire, and so there should be a Plan B in place to help increase your chances for survival.

Know of other edible plants that are readily available in urban areas? Let us know in the the comments below!

(This is an updated version of an article that was originally published on December 5, 2015.)