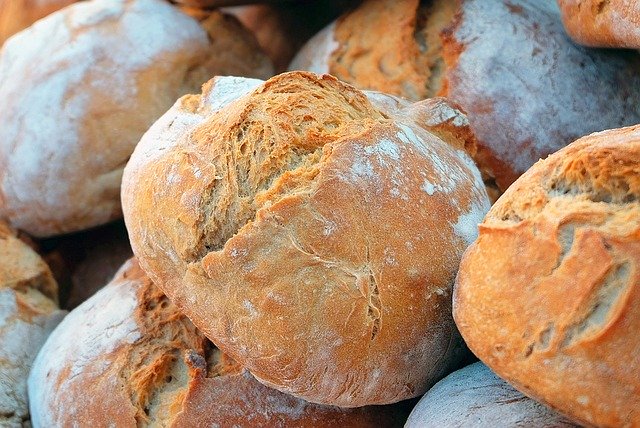 One of the main keys to becoming resilient against supply chain disruptions is food security. For those of us who eat bread, that includes having a source of yeast.

Yeast comes in many forms, but most home-baked bread is made with store-bought yeast. When the panic over the COVID-19 virus began, yeast was one of the first things to sell out in most grocery stores. Surprisingly, in many areas, it has stayed out of stock. Where I live, in North Carolina, there was no yeast for sale in any store for over 3 months … but, not surprisingly, the yeast packets that usually sold for around $1.50 for 3 began showing up for sale online for $5–10 for 1.

Being resilient means being prepared. If you eat bread made with yeast, you must prepare for such shortages.

The good news is that you can do so, essentially, for free.

Pros and Cons of Sourdough Starters 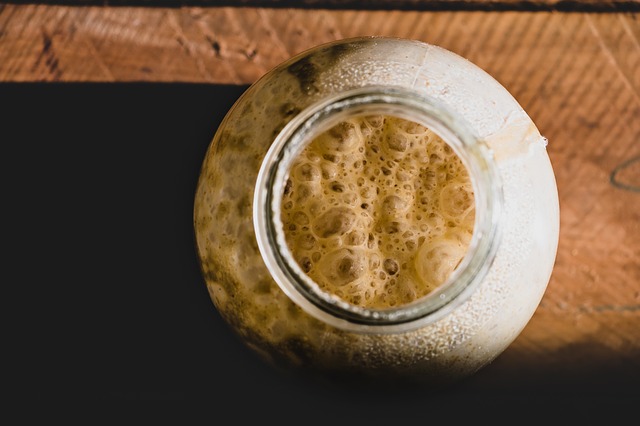 The first disruption-friendly bread that comes to my mind is sourdough. I LOVE sourdough bread, but it can be difficult to maintain a sourdough starter given the pace of modern life … and even more so during disasters and disruptions.

Sourdough is made from wild yeasts. Sourdough starters can come from already established starters (purchased or shared), airborne yeasts, yeasts found on fruit or flowers, or even the flour itself. However you source your sourdough, most bakers recommend “feeding” your starter daily. This entails keeping a mixture of flour and water on your counter, daily pouring out half and replacing that amount with fresh flour and water. This keeps the yeast at peak activity, which means an actively bubbling starter.

“How to Create Food Security for You and Your Family”

“9 Simple, Effective Probiotics You Can Make at Home”

“How to Make Hard Apple Cider in 5 Easy Steps”

I have maintained sourdough starters for several months at a time and they do make excellent bread. However, there are many reasons why you may not find using them exclusively practical.

The most common objection is the waste of flour if you don’t bake (or make pancakes, etc.) daily.

The next is that starters can become contaminated. Many people never experience contamination, and keep their starters going for decades. However, the tastiest starter I ever had did not survive a stay in the sandhills of North Carolina, where some airborne bacteria turned the starter dark and rancid within just a few days!

The great George Leonard Herter (eccentric outdoorsman and author of a shelf full of cookbooks, including the iconic Bull Cook and Authentic Historical Recipes and Practices) solved this problem. His simple solution was to keep the starter refrigerated between bakings. He advised letting the starter come to room temperature and feeding it before baking weekly.1)European and American Professional Sourdough Cooking and Recipes, by George Leonard Herter and Berthe E. Herter, 1973, Herter’s Waseca

Making Bread When Yeast Is Scarce: A Reverse-Engineered Solution 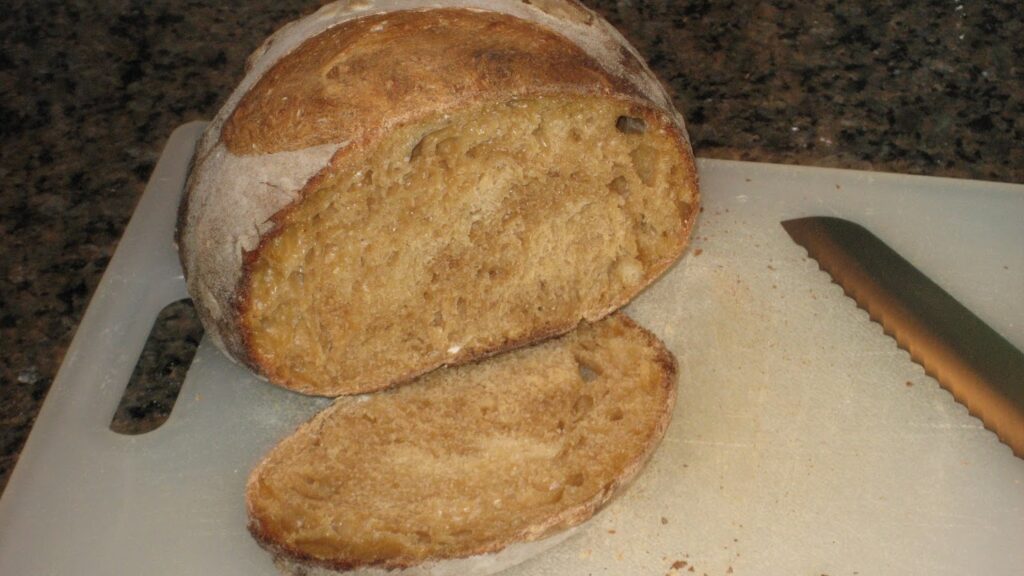 When the “stay at home” orders were enacted due to the novel coronavirus, I was once again stuck in the North Carolina sandhills due to a family situation. Fortunately, a week prior, I had purchased one strip of yeast packets. My first thought was that, since yeast multiplies as it digests flour and sugar, perhaps I could use half a packet of yeast to raise a loaf. The bread took a little longer to rise, but it worked fine.

Next, I tried half a packet of yeast in a no-knead mix of dough enough for three loaves of bread. The no-knead recipe calls for the dough to be mixed up and left in a container in the refrigerator between uses. That made me think of Herter’s sourdough … and an idea was born!

“Ferment Your Feed for Healthier and Happier Chickens”

According to their website, store-bought yeast was introduced to American markets by the Fleischmann brothers in 1868.2)https://www.breadworld.com/history The Fleischmanns were Hungarian immigrants from a Jewish family of bakers. They found American sourdoughs and brewer’s yeasts  (another option) to be unreliable in terms of flavor and rise. Their genius was to discover ways to make and market dried yeast—“Dry Active,” “Rapid Rise,” “Instant” yeasts that were inexpensive, reliable in flavor, and very fast in rise. This made them (and other yeast makers) a fortune and changed American baking dramatically.

The invention of the bread machine made home baking even easier. This was a baking revolution and a boon to many home bakers … although many artisan bakers would strongly disagree that it was universally good for the world of baking.

Thinking about how the yeast manufacturers of more than a century ago transformed dough starters into preserved yeast made me wonder if I could reverse engineer the process. In the past, I had saved back a bit of dough from previous batches of bread or pizza to add flavor to the next batch. This is known as a biga or poolish—a preferment or mother dough. I began to wonder if I could use the concept to have an ongoing dough starter made from store-bought yeast. If so, I would not have to buy yeast again. 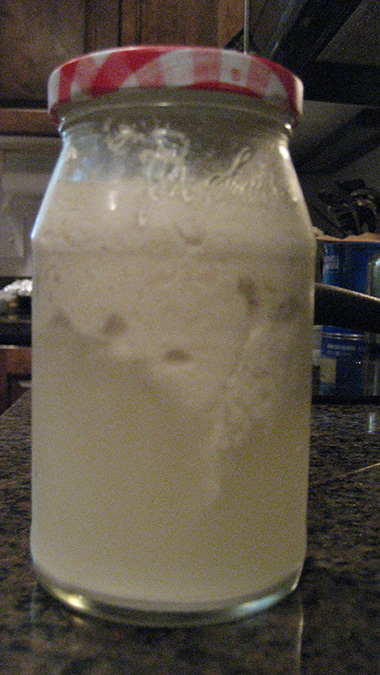 With my last half packet of yeast, I made a small boule. After the dough rose, I pulled off a handful of dough, put it in an old jelly jar, covered it with water, and put it in the fridge. I punched down the rest, let it rise again, formed a loaf, and baked it … hoping it would not be the last loaf of bread I’d have for a long while.

Each day for the next week, I shook the jar of dough and water, and opened the lid to let off gas. Each day, I was relieved as the jar “burped”; that meant the yeast was alive!

A week later, I made pizza. I used my dough starter, measuring it as part of the water. (The recipe called for 1-1/2 cups of water, and I had about a cup of starter, so I added it to 1/2 cup of warm water.) I mixed it with 4 cups flour, 1-3/4 teaspoons plain salt, 1 teaspoon sugar, and a tablespoon of olive oil.

After kneading for 10 minutes, I crossed my fingers and left the dough to rise overnight at room temperature.

The next morning, the dough had at least doubled, and it smelled strongly of yeast. I pulled off a chunk, returned it to the jar of water and popped it in the fridge. Then, I let the dough in the bowl rise again until doubled, made 3 dough balls and baked a pizza each day for 3 days. 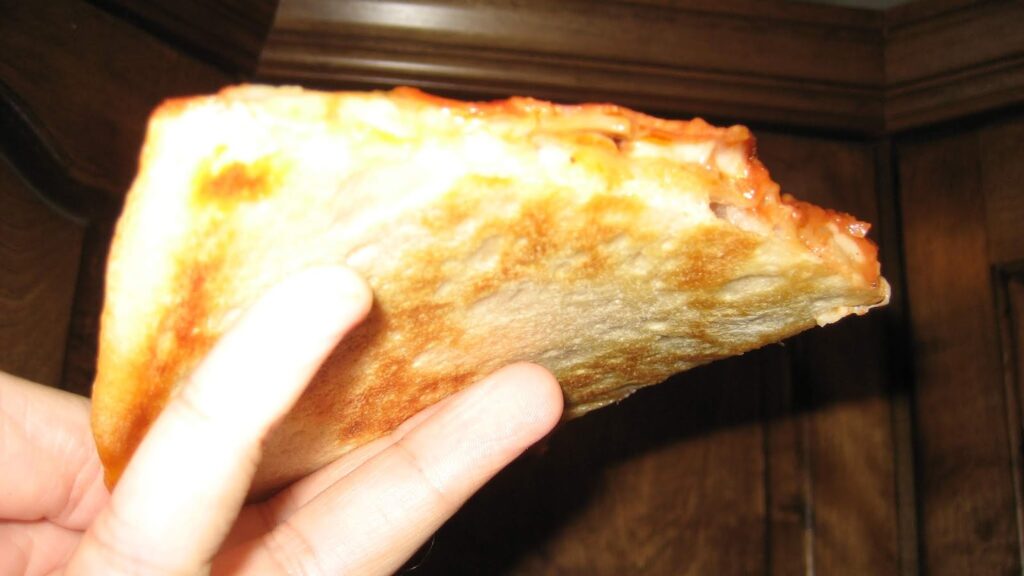 Two weeks later, I baked another boule. I wanted to see if the olive oil had affected the starter. It did not. I simply added the starter with the water and mixed it with flour and salt. But this time, my recipe called for 1 tablespoon of molasses. I wondered how this would affect the starter. I let it rise at room temperature overnight, and was greeted with a wonderful ale-like yeasty aroma in the morning. Once again, the starter rose the bread wonderfully.

Three weeks later, I made focaccia bread. It was hard to wait (and to settle for store-bought bread during that time), but I had to find out if my nearly-2-month-old starter would still be vigorous. It had not been fed during this time. Each day, I shook and burped the jar. Eventually, the dough dissolved into a slurry.

Would it still work? Would the molasses used in the last batch affect the flavor at all?

I made the dough (same as for pizza) and left it to rise overnight. To my great relief, the next morning the dough had risen just as reliably as before and smelled wonderfully yeasty! I put some dough back in the jar, then mixed some dry herbs into the dough in the bowl and let it rise again. (By the way, I used a pinch each of parsley, basil, and oregano; two pinches of rosemary; and a couple of dashes of garlic powder. That is not a traditional Italian recipe, but I’m not Italian, and I like it.) There was no trace of molasses in the flavor. 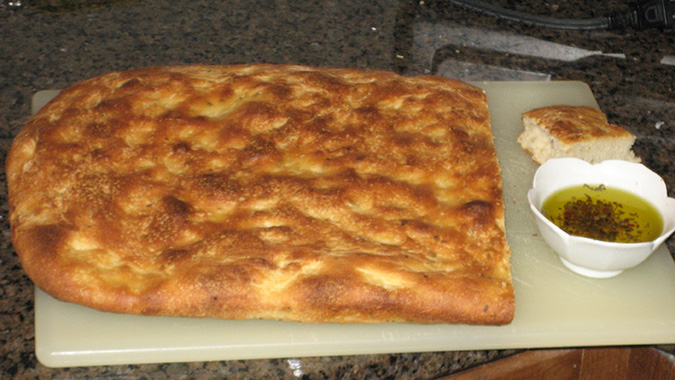 Some experienced bakers may find my revelations lackluster, while some die-hard sourdough fanatics may find this article heresy. But, I am thrilled. So long as I do not make the kind of mistakes I often do—such as forgetting to pull out some dough for the next starter—I have free yeast for life! If I do mess up, a “buck fifty” will buy me a lifetime supply of yeast once the stores restock.

It is a simple thing, but it is one more step toward resilience.

What’s your favorite dough starter? Do you have any extra tips for keeping your starter going strong? Share your thoughts in the comments!

Judson Carroll grew up in both the mountains and coastal swamps of North Carolina, on family farms that predate Americas’ founding. Although he holds a Permaculture Design Certificate, most of what he knows about permaculture and gardening he learned from his grandfather and great grandfathers, who had a permaculture homestead and “food forest” before “permaculture” was a term. Judson learned to cook from his mother and grandmother, who were ladies best described as profound. He spends most of his life in the woods or on the water, and tries his best to be the kind of old fashioned, traditional, Southern gentleman who would make his ancestors proud.


Categorised in: Cooking and Recipes