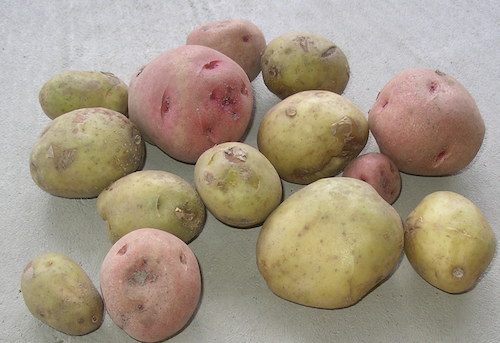 This post was sent in from Billy G. – and apparently, he didn’t have such great success at growing potatoes in tires.

In 2013, I tried growing potatoes in stacked tires.  I planted mine in the tires with some very good soil  Covered them and added soil and tires as they grew (3 tires high).  The foliage looked great.  At the same time and with the same seed potatoes, I planted some in my row type garden.  I noticed during the season the soil in the tires dried out quickly.  I watered them more than the row crop to compensate.  At harvest, my production rate was approximately 60% in the tires compared to the row crop.