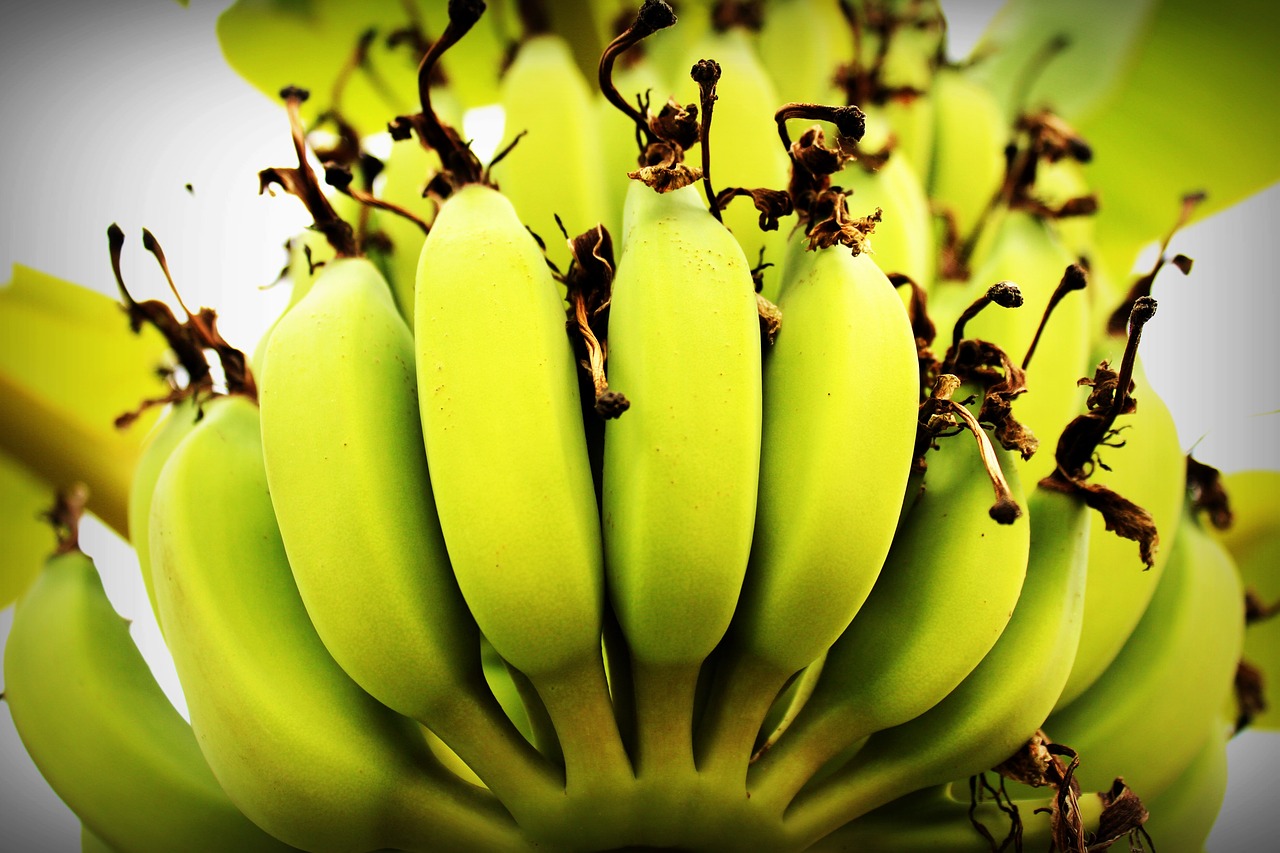 Banana Trees: Tips for Planting and Growing (Even During a Cold Snap!)

Living in Florida, there are lots of tropical plants around, among them fruit trees. Our new property is on the border of Zone 8 and 9, so it is still possible to grow tropical fruits as well as some heat-tolerant stone fruits such as nectarines and peaches. We planted several different types of food-producing trees on our property in expectation of having a house there and enjoying the bounty.

One of the first fruit trees we acquired for free was a banana tree. I planted it among some large palms in an area that I knew would get lots of water.

I gave it kitchen scraps from making salads and other plant-based foods, and it thrived.

I made the mistake of giving it some cooked bone scraps, and it promptly died.

My second gifted banana tree was planted on property that is still undeveloped land. We had other tropical plants growing there such as avocado, mango, and guava, and I created a barrier around the garden area with old logs and branches piled up on three sides. I thought this would be sufficient to keep it from getting too cold during the winter, but again, I was wrong, and this banana tree also bit the dust.

That was almost a year ago.

When the hurricanes whipped through Florida in September, a friend of mine who had a yard full of mature banana trees lost most of them. So, while Mother Nature sometimes conspires against us, at least I am not the only one who has had problems keeping banana trees around

Another neighbor who lives about a block away had a stand of banana trees along his fence and these managed to survive the hurricanes, although the fence was completely ripped up. When I noticed that he was replacing his fence and taking out some of the banana trees, I stopped my car to ask what they were planning to do with them.

I was told that the trees were going to be discarded, so I offered to take them away with the help of my husband and his truck. About an hour later, we took the truck over and filled the back with banana trees!

Knowing that winter is upon us and can drop the temperature at any time, we headed up to our property with the banana trees, a load of abandoned bamboo, several gallons of graywater, a few weeks of kitchen scraps (all plant matter), and some shovels. Along the way, we picked up a few bales of straw and potting soil—some with fertilizer, some without.

Since that weekend, we have had some fiercely cold weather in Florida—two inches of snow in the Panhandle!

What about the banana trees?

They are still holding up, but even in the worst-case scenario where the tops are frozen, the bottoms should still be okay. We will trim them down at the end of February to give new growth a chance.

Once we get our ducks, the duck pond will go in nearby to feed the banana trees and the other tropical plants that will appreciate the fertilizer-rich soup that the ducks will produce. A chance meeting with a person in our area who will be moving this year brought us a free liner for the duck pond and loads of other materials that we can use to improve our homestead.

Banana trees, bamboo, pond liners, and more all came our way through a little communication!