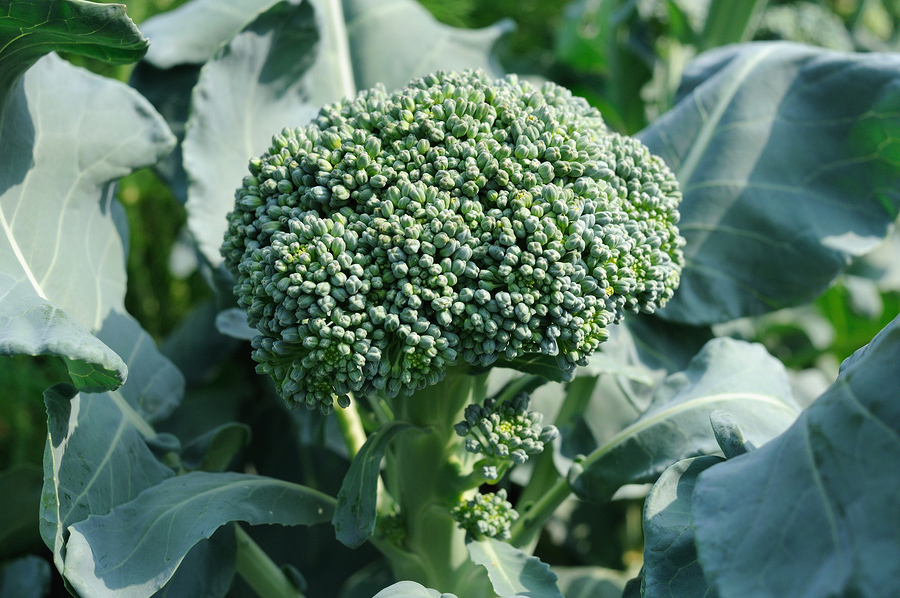 The other day you all said that somebody wrote in to ask for help with harlequin bugs. I grow lots of broccoli so I despise those little suckers too. I have one little trick that I do, and I thought I should share it with you since someone else shared it with me. It’s probably too late for this season, but this might help you out when you get started next spring. The trick is to use what I call my “decoy plants.”

I learned this from my Mother, who taught me most everything that I know about growing plants. She learned everything the hard way. She spent all her spare time out in the garden through years of Oklahoma summers as far back as I can remember. Through trial and error, she picked up on several little tricks and shortcuts – and I was just lucky that she handed some of those tricks off to me before she passed along.

The basic idea here is that you think ahead, and you put a few of your broccoli seedlings in pots instead of putting them in the ground with the others. I start all my own plants from seed, so I just choose the worst looking seedlings and I use those ones. I suppose you could do the same thing if you buy your seedlings – just pick a few that don’t look as good as the rest and put those ones in the pots.

I use whatever old plastic pots I have lying around – the size shouldn’t matter too much so long as it’s big enough to keep a broccoli plant alive for several months.

The plants in the pots won’t look as good as the plants in the ground, and they won’t get as big either – but that’s the whole idea. You want to just barely keep them alive all the way up until it starts to get real hot, which is when those little harlequin bugs tend to show up and ruin things.

Read more: Everything You Need to Know About Growing Cole Crops (Brassicas)

How to Spring the Trap

Now as soon as you start to see harlequin bugs on the decoy plants, that’s your “kill zone.” Start spraying them once or twice a day with a fine mist of soapy water. Once the bugs arrive and you start spraying, those decoy plants will go downhill real fast. But they buy you some time to keep harvesting from your good plants until the bugs move along to start eating those ones too. And you’re spraying them with soap all the time, so it helps control the infestation for a little while anyway.

Some years this works better than others. I’ve had years where the bugs ignored the decoy plants and went straight to my good plants. I think it might have had something to do with the variety of broccoli I was growing at the time.

Other years, I wasn’t able to keep the decoy plants alive long enough and they gave out from heat or lack of watering before the harlequin bugs arrived. But most times the decoys work and I believe this helps me to extend the tail end of my growing season in most years.

Read more: How to Properly Store Your Garden Sprays, Potions, and Powders

Some Final Words of Wisdom

One thing I’ve learned on my own that might help you out is that at the end of the day, there’s just not too much you can do. If you try to grow your broccoli too late in the season, you’ll eventually lose that fight. Start your broccoli and cauliflower early, and keep some new plants coming until it starts to get too hot. When the young plants start to bolt early and the bugs start really moving in, it’s time to call it quits for the year.

Just cut any remaining plants off at the ground and cut your losses, so to speak. You can still make use of the leaves and stems. And once those broccoli plants are gone from your garden the harlequin bugs will probably just disappear.

Sometimes I can squeeze in a second planting for the fall here in zone 7, when there aren’t any harlequin bugs to speak of. For fall plantings, be sure to get yourself the fastest variety you can find. The last few years I’ve had good luck with a variety called Bonanza. Burpee says they’ll be ready in 55 days – I don’t know about that, but they do grow fast enough to get us a decent fall harvest, so you might try those. Good luck to you.

Thanks to Jerry Schraeder for participating in the [Grow] Network Writing Contest.