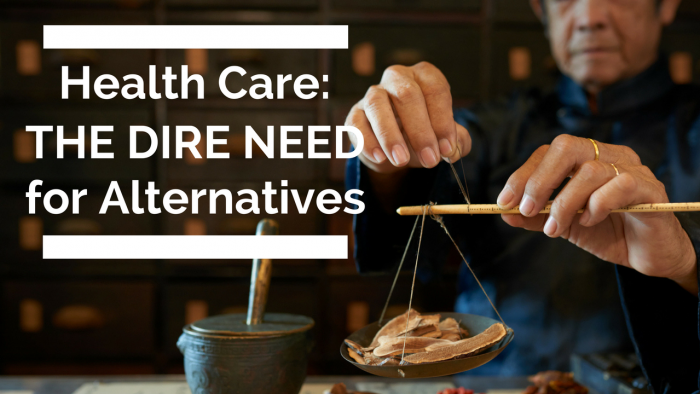 Remember last year when I ended up in the hospital due to an abscessed salivary duct?

I had tried treating it with home medicine, and finally got to the point where I knew I was out of my depth.

I was weak, in pain, and having more and more difficulty swallowing.

It was time to go to the hospital.

Unfortunately, but not surprisingly, my hospital experience wasn’t the best. (You can read about it in previous Inside Editions here and here … and if you’re not a sponsor yet, but want to stand shoulder to shoulder with us in spreading the word about the power of backyard food and medicine production to improve health and heal the planet, click here.)

The abscess was caused by a small stone that was stuck in the duct, blocking the flow of saliva. The hospital treated the infection, but wasn’t able to remove the stone while I was there because the inflammation was so intense.

My ear, nose, and throat doctor said I should give it a few months, then get the stone surgically removed.

I was about to start the process of scheduling the surgery this spring when, in the midst of prepping my garden beds and shoveling a bunch of compost, the same salivary duct got infected and abscessed. Again.

When it happened last fall, I had wanted to visit Shifu, a Chinese doctor who’s a genius with alternative medicine and who offices out in the forest near me.

He wasn’t available at the time—but thankfully, he was able to see me this spring. I told him I needed him to lance the abscess. Shifu examined me, and shook his head.

“No. Not going to lance,” he said. “I do acupuncture.” (His English is not nearly as good as his medicine!)

Well, my hospital stay was no picnic, and I wasn’t eager to repeat the experience later when the still-present stone decided to act up again. So, I argued with him.

The long and short of it is that, 15 minutes and 10 acupuncture needles later, he sent me home with some herbs. Three days later, the whole abscess had just dissipated. It was gone.

My hospital stay was super-expensive. We have a high deductible insurance plan, so it was $5,000 out of pocket for me. And, honestly, I’m still paying those hospital bills. (Not to mention all the time it took me to recover my good gut flora after they killed it all off with antibiotics—and who knows what else they did to my body with that toxic, radioactive injection prior to the CT scan!)

Then, this time, I was able to visit this old Chinese man out in the woods. He charged me $95 … the abscess cleared up … and my gut flora are still intact!

Even more remarkable was what happened a few days later … .

I tell the whole story in my next video chapter of Grow: All True Wealth Comes From the Ground.

Bottom line? Industrial medicine has its place, but alternative forms of treatment can be just as effective nine times out of ten.

And the world needs access to them in a serious way.

What if you could provide them with that access, and achieve financial freedom at the same time?

You’ll learn more about that in this video, too.

Then, I’d love to hear about your experiences with alternative medicine, and your perspectives on the issue of redeveloping health care.