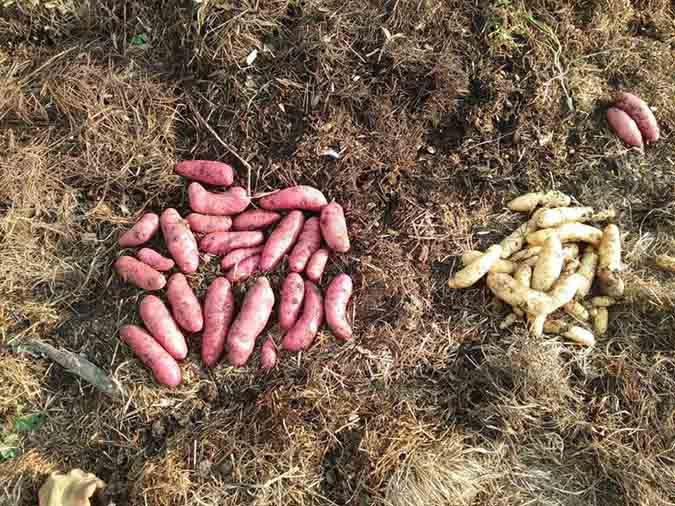 Planting Potatoes in Fall . . . in ONTARIO?!

Diane on Steve Solomon’s Soil and Health Group shared her method of planting potatoes in fall and graciously allowed me to share her comments and photos:

“. . . because I have a heavily mulched garden, I always had lots of volunteer potatoes, so 4 years ago I just started to plant my seed potatoes in the fall. I like this method mostly because it lightens the work load in May and my soil is very cold and wet in the spring. I live in southern Ontario, zone 5a/b. So far the only problem I’ve had with rotted seed potato is a row I planted too early. Now I wait till the ground is close to freezing. I make a shallow channel and cover the tubers (whole, medium-sized potatoes) with wood chips and then pine needles and lastly old hay. The old hay is more dense than straw, and I will remove it in the spring and use it for the path row.

Read More: “Straw vs. Hay: Which Makes a Better Mulch?” 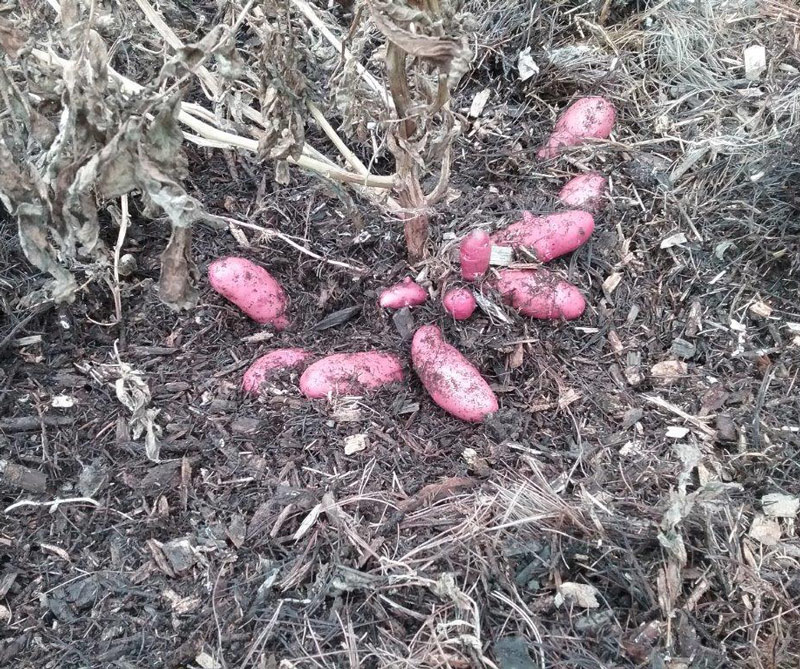 “This spring might be dicey, because we haven’t had consistent snow cover, but I always have spares for spring planting if needed. A bonus of the mulch is that, in 6 years, I’ve only had 3 Colorado beetles find my crop. As long as I notice them before they lay eggs, I’m beetle free.

“I’m very happy with my red variety in the photo: Amarosa—it’s a fingerling that grows clean and big and tasty.

“My second favorite is a Blue Russian and, last, a yellow fingerling that seems to grow much better with this system. I was going to drop the yellow fingerling because the spuds were too small, but now they are attaining a very good size. The photos show the harvest from individual plants > great production for fingerlings. 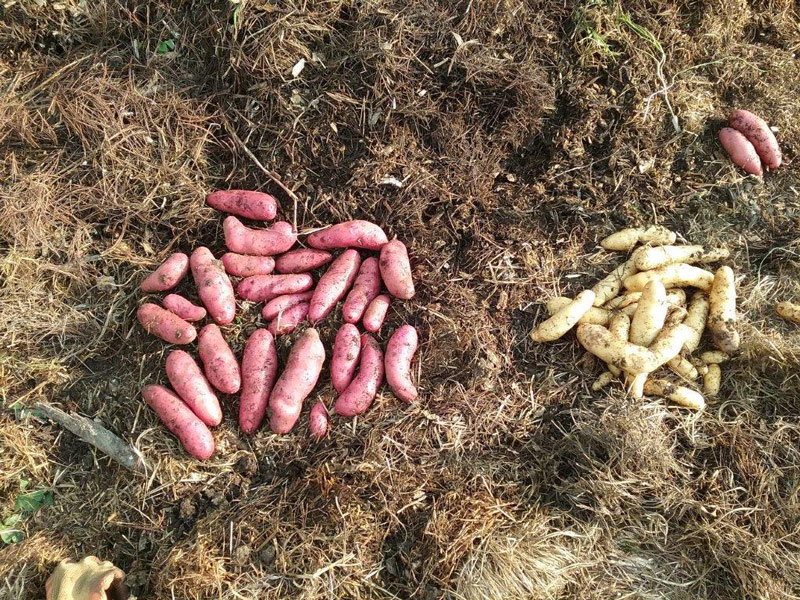 “R.e. rotating: Since my whole garden has had potatoes at some time, it is pointless to rotate; so I just shift the new planting 1 foot over into the former walking path. . . . That seems to break up the compaction from me walking in the path row.

“I started a new zone last year by putting down cardboard on top of the grass/weeds, putting the potatoes on the cardboard, and burying them with wood chips. That worked, too. I’m a lazy gardener—no more digging for me! Plus, I can’t dig anywhere in my garden without chopping up zillions of worms—I hate doing that.”

Potatoes are hardier than I thought.

I had very good luck using deep-mulch gardening in rocky Tennessee clay, thanks to the piles of free mulch I got from the city. In Florida, where the mulch breaks down faster, I found it to be too much work—plus my gardens were a lot bigger.

The power of mulch as an insulator of roots is quite impressive. I had sweet potatoes—a true tropical—grow back from my mulch garden in spring in Tennessee after winter weather that reached down into the teens. The worm populations and the humus were also impressive, though the second year I gardened in deep mulch saw a plague of slugs which reached epic proportions.

Fortunately, Rachel and I were able to knock that out organically and keep growing.

The only downside I see to this system is the danger of getting poisoned hay. I recommend you grow your own if you can, or buy from an organic farm.

Test, test, test. Planting potatoes in fall is radical, especially in zone 5, but it’s working for Diane. It may not work for you—but it also might do brilliantly. Try and see.