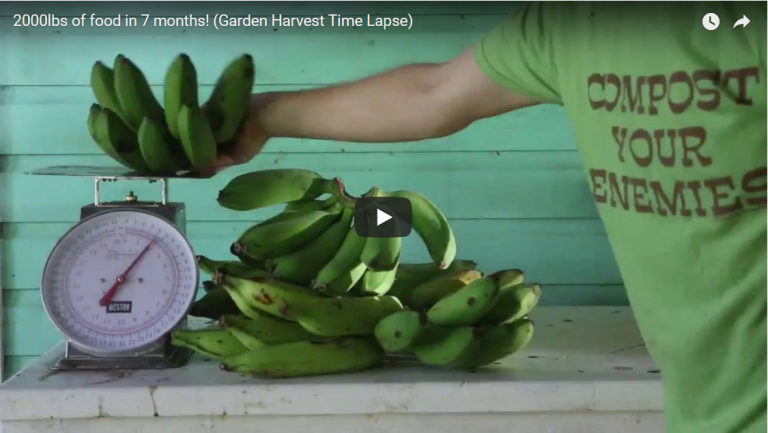 One TON of Food in 7 Months!

David says, “By far, the biggest gardening success of 2017 was hitting our goal of growing 2,000 lbs. of food. We hit it in seven months — check out my time-lapse video above for the full countdown. That was just fun!

Much of our success was thanks to the many tree crops on the property we rented. I’ve been a fan of food forests and agroforestry for a long time.  Though the yields aren’t always as high for the space requirements as what you get from annuals, trees produce for years and require less work long-term.

We fed the jackfruit heavily in 2016 which led to great results in 2017. We also keep the bananas cleaned up and happy.

Some things, such as the avocados and mangoes, basically grew themselves. Others, like yams and pumpkins, required plenty of work. Some things I planted simply failed, like sweet potatoes and beans. It was a very rainy year and the bugs were bad.“

I love that David has his own song at the end of the video….