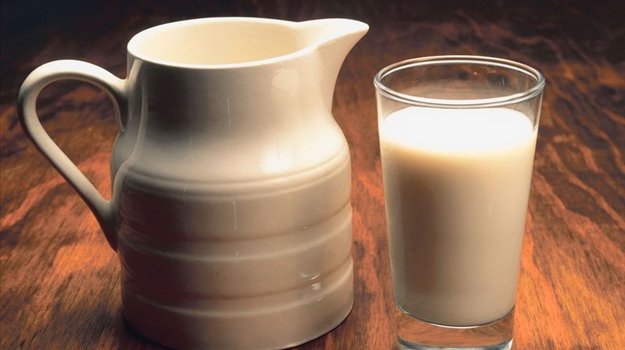 Milk and Molasses—Magic For Your Garden

Do you know about the magic of milk and molasses in improving your garden? Yes, plain old milk of any kind – whole, 2%, raw, dried, skim or nonfat – is a miracle in the garden for plants, soil and compost. Molasses only boosts the benefits! Let’s see how and why they work.

Using milk on your compost and in your garden will probably come as a surprise to most. Upon closer inspection, however, it starts to make sense. The amino acids, proteins, enzymes and natural sugars that make milk a food for humans and animals are the same ingredients in nurturing healthy communities of microbes, fungi and beneficial bacteria in your compost and garden soil. Raw milk is the best, as it hasn’t been exposed to heat that alters the components in milk that provide a perfect food for the soil and plants, but any milk will provide nutrition and benefits. Using milk on crops and soils is another ancient technique that has been lost to large scale modern industrial agriculture.

Milk is a research-proven fungicide and soft bodied insecticide – insects have no pancreas to digest the milk sugars. Dr. Wagner Bettiol, a Brazilian research scientist, found that milk was effective in the treatment of  powdery mildew on zucchini. See study here.  His research was subsequently replicated by New Zealand melon growers who tested it against the leading commercially available chemical fungicide and found that milk out performed everything else. To their surprise, they also found that the milk worked as a foliar fertilizer, producing larger and tastier melons than the control group.

Recently David Wetzel, a Nebraska farmer completed a 10 year study on applying milk at different rates to his pastures, and recorded the results with the help of the local Agricultural Extension agent Terry Gompert , a university soil specialist, a weed specialist and an insect researcher.

What they found was amazing- the grass production was drastically increased; the soil porosity or ability to absorb air and water doubled; microbe activity and populations increased; cows were healthier and produced more milk on treated pastures; the brix or sugar level in the pasture tripled, indicating more nutrients were stored in the grass than before. Grasshoppers abandoned the treated pastures- the sugars are a poison to destructive soft bodied insects as they do not have a pancreas to process the sugars. This also explains why damaging insects leave healthy, high brix level plants alone, as they contain more sugars than the stressed and sickly ones. Milk works as a fertilizer

For the home gardener, the ratio can range from 100% milk to a 20% mixture with water, with no loss of benefits. Use as a spray on the compost and garden soil prior to planting, and as needed when insects appear. Spray directly on the insects and around the areas they inhabit. When combined with molasses, it becomes a highly beneficial soil drench. A proven solution is 20% milk – 1 cup of milk to 4 cups of water, or 2 cups milk to 8 cups water for larger gardens. Whatever amount you need, the 20% ratio has been proven to give the most effective results with the least amount of milk used. David Wetzel’s experiments found that 3 gallons of milk per acre gave the most benefits, so the costs are minuscule compared to the benefits! 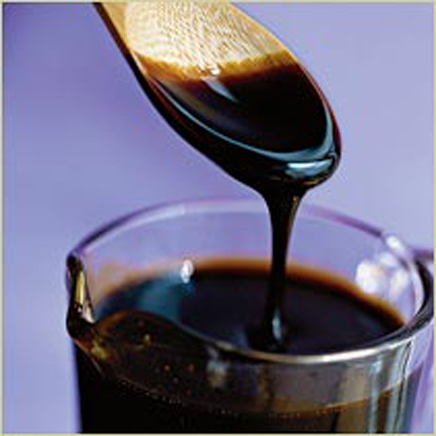 Molasses is a viscous by-product of the processing of sugar cane or sugar beets into sugar. Sulfured molasses is made from young sugar cane. Sulfur dioxide, which acts as a preservative, is added during the sugar extraction  process. Unsulfured molasses is made from mature sugar cane, which does not require such treatment. There are three grades of molasses: mild or Barbados, also known as first molasses; dark, or second molasses; and blackstrap. The third boiling of the sugar syrup makes blackstrap molasses. The majority of sucrose from the original juice has been crystallized and removed. The calorie content of blackstrap molasses is still mostly from the small remaining sugar content. However, unlike refined sugars, it contains trace amounts of vitamins and significant amounts of several minerals. Blackstrap molasses is a source of calcium, magnesium, potassium, and iron; one tablespoon provides up to 20% of the USDA daily value of each of those nutrients.

Molasses is a very valuable addition to the compost pile, as well as to the garden itself. Unsulfured blackstrap is the preferred variety, due to the mineral content, but any of the unsulfured ones will do fine. The benefits beyond the minerals are the natural sugar content that will feed the microorganisms in the compost or soil of the garden.

Use 1/4 to 1 cup of molasses to a gallon of water and spray onto the pile or garden, or add to the drip system for the garden. For soils that are poor, stressed or need help use 1 cup, while those that just need a little “snack” use 1/4 cup. The readily available sugar content will skyrocket the microbial activity.

Blackstrap molasses is also commonly used in horticulture as a flower blooming and fruiting enhancer, particularly in organic hydroponics. Use the before mentioned mixture in the drip system, or sprayed alongside the roots of fruiting vegetables as they start to flower to increase their flowering and fruiting. Add 3 Tablespoons of molasses to the milk spray solution mentioned above and use to feed plants during the height of growing season. Hungry, high production plants such as tomatoes, peppers, eggplant, melons, etc. will really benefit from the consistent feedings, giving you more production that is more flavorful.

A fringe benefit of spraying the milk and molasses mixture on the garden is a biologically friendly weed population control. Many broadleaf weeds thrive on diets high in available nitrates and potassium diets, common with commercial fertilizers. Phosphorus is “tied up” or bound with calcium in the soil and needs biological activity to release it. The calcium in milk helps to compensate for what is unavailable in the soil, while the increased biological activity from both the milk and molasses releases unavailable phosphorus and create soil conditions that are unfavorable to germination of weed seeds.

The costs of applying the milk and molasses mixture is very minimal, but when compared to any other fertilizer and insecticide regimen – even those that are organic in nature – milk and molasses has no comparison. For instance, one acre has 43,560 square feet, and a gallon is 128 oz. Doing the math, we find that 3 gallons per acre works out to be 0.009 ounce per square foot! Assuming a gallon of organic milk costs $5.00, that works out to $0.0035 per square foot, or 0.035 cents per square foot! So if you had a large garden – say a 1,000 square feet – one application of the milk would cost $3.50, plus the expense of 2 – 3 tablespoons of molasses. What other biologically friendly soil fertility improvements would cost this amount?

Who knew that something as simple as milk and molasses had such powerfully positive, far-reaching effects?

Categorised in: Compost & Soil, Composting and Soil Fertility, Gardens, Other