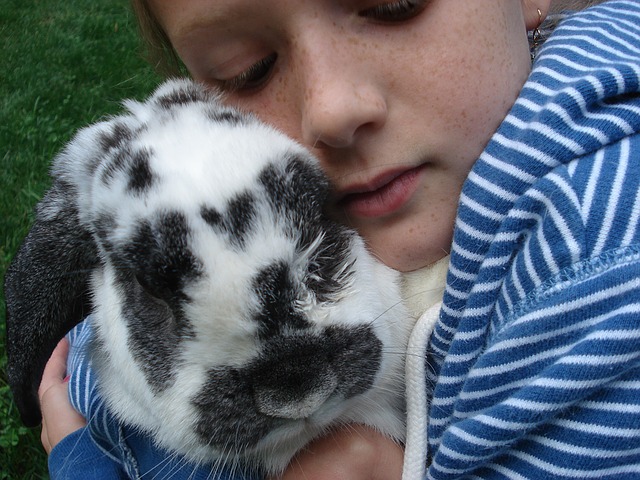 A Kid’s Perspective on Home Butchering

It’s Just the Facts of Life

Ever since I can remember, I have grown up with home butchering. Whenever we got some kind of poultry or livestock, we always had the intention of butchering them later on, so it was never a surprise to me when Fluffy the bunny was in our stew the next week.

That was that, no hard feelings. 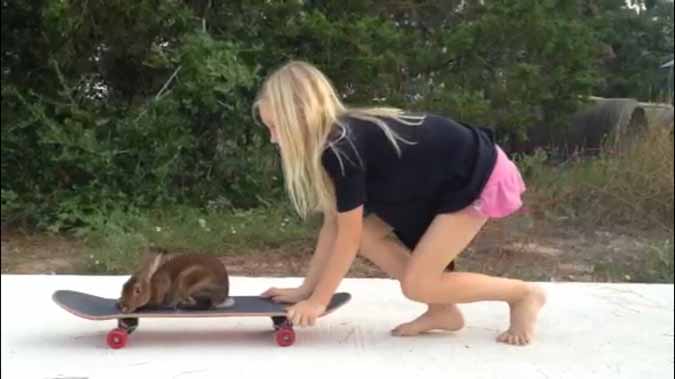 Should You Name Your Meat Livestock?

My favorite part has always been when we first get the animals and they are all so cute and tiny. As soon as I heard that a new litter of bunnies had arrived, I would race out to the garden to marvel at the pink little squirmy blobs. Of course, I wouldn’t pick them up until they were old enough, but the moment they were, those poor little bunnies would be dressed up in bows and sent through little obstacle courses made out of cardboard boxes and various bits and pieces from around the house.

My mom always insisted that I didn’t need to take the bunnies out to the trampoline to learn how to jump, but I was sure that it was my job to teach them this important life skill.

Some people have a rule that they don’t name their livestock, but I’ve never had a problem with it. As soon as I could tell them apart, they all had names. Some of my favorite names were BunBun, Officer Hoppers, Gravy, and Pinky. It seems like every litter had a bunny or two named Fluffy. (Thinking of names is hard—sometimes you have to reuse a name a few times!)

Even when they grew bigger, I would often bring them inside and continue to dress them up and snuggle with them against my dad’s will.

One Benefit to Home Butchering Is Learning Anatomy

When it came time to butcher the bunnies, I would help my mom round them up and bring them to the barn, where I would then pick out who goes first. This sounds really morbid, and my 7-year-old self didn’t think much about it, but I would determine who gets butchered next by how much they liked snuggles. If you were squirming to get away, you were next . . . .

I have a vivid memory of one time when my mom was butchering a rabbit and my brother, who is 2 years older than me, was crying and pleading for her not to do it. I didn’t really understand why he was so upset about it, because I knew that’s why we had rabbits in the first place, and I really liked rabbit enchiladas . . . soooo, what’s the problem here? 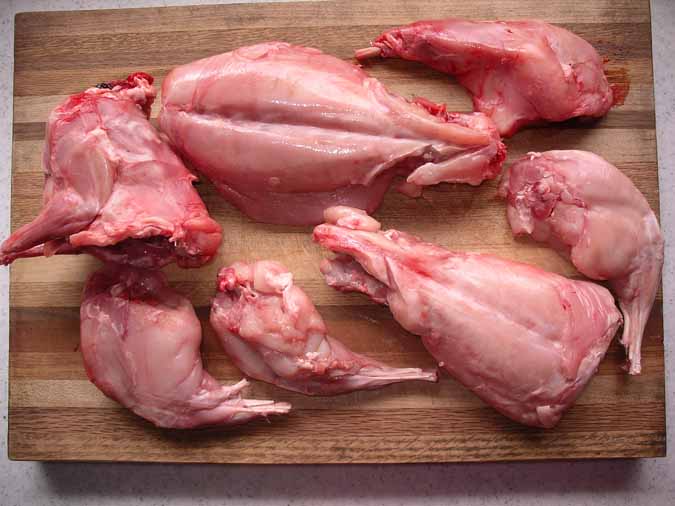 That was also the very special day that I got to hold a real heart for the first time. For as far back as I can remember, I have always been intrigued by anatomy and how the things inside of your body work, so I would always hang close to my mom and ask what that weird organ was and if I could touch it. I thought the heart was the coolest organ, so when I got to hold one for real, I was ecstatic.

It’s a Badge of Honor

I was much more involved with the bunnies because they were nice to snuggle with, but when we had chickens, I would sometimes play with them when they were at prime cuteness. 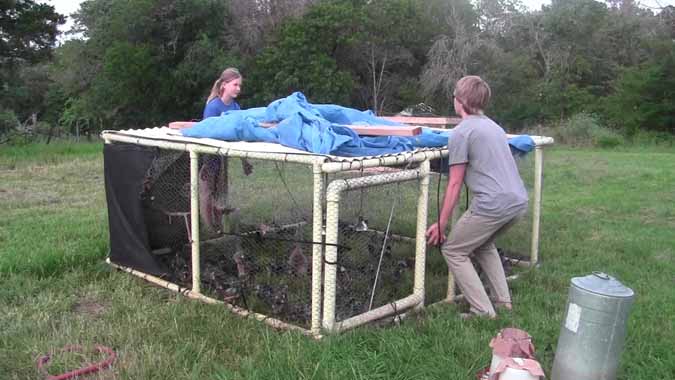 Although I don’t mind the butchering of our chickens, I do mind defeathering 50 to 70 chickens in one day. Usually we will get a hundred or so baby chicks in the spring, raise them up, and then butcher them all in the summer. Not all of them survive getting here and growing up, but still, 50 chickens is a lot of birds to pluck, even with 4 or 5 other people helping.

My brother and I would invite some of our friends over to help, and to our surprise, they were all excited to learn about home butchering.

Actually, most of the kids in our neighborhood wanted to learn how to process a chicken.

My mom says this is a skill that all kids used to know, and apparently, most kids are into it if given the opportunity. Even my older brother became proud that he could teach his buddies how to do it.

I enjoy having the bunnies and chicks around for a while before they land on the dinner table. There is one kind of animal, however, that I am ready to butcher as soon as we get them . . . geese. I’ve never liked geese, and I never will. They’re bullies, they hiss at you for no reason, and they poop anywhere and everywhere that they can get their butts to.

You can tell me that geese aren’t that bad, and they are actually sweet animals on the inside or whatever your reasoning is for liking geese—but in my opinion, having goose stew is like sweet, sweet revenge.

I’m sure that each kid is going to have a different reaction to home butchering. Although not every 7-year-old is going to want to play with all of the organs in a rabbit, I do think it’s nice to include kids in the butchering process somehow.

It’s a good learning experience about death and giving thanks. 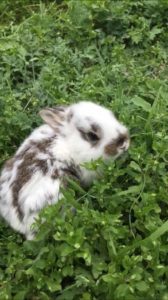 My mom and I would always do a little ceremony and sing a special song after each rabbit died to recognize its life and what it was giving us. If you want to see her perform this ceremony, it’s in the butchering section of the Grow Your Own Groceries DVD set. You can click here to pick up your own copy. (There’s also some footage in there of me doing dishes when I was little.)

The whole butchering process really made me think about where my food is coming from—and about how much of a blessing it is for a living being to give its life for my nourishment.