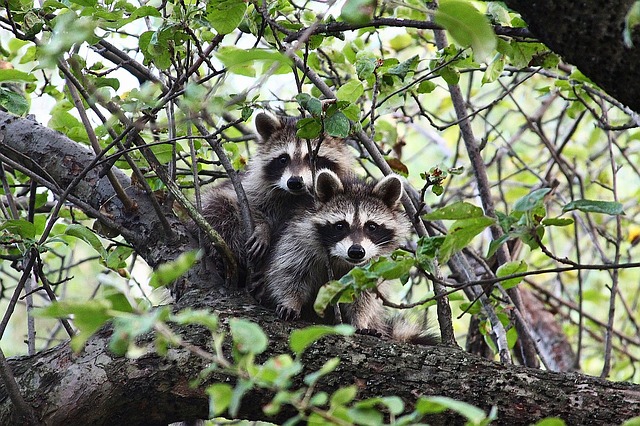 9 Ways to Keep Raccoons Out of Your Compost Pile

A while back, Julie J. wrote in from Arkansas to ask for help with a bad raccoon problem. The coons were raiding her compost pile almost every single night, and they were really cramping Julie’s style—she relies on her pile to produce fresh compost for use in the veggie garden. She had already tried creating a barrier with hardware cloth, applying coyote urine, and even setting up a solar-powered motion light. None of these were doing the trick, so Julie decided to run the problem past all of us to see what the group would come up with.

We got many creative responses in, and I forwarded a summary on to Julie. Here’s what you said:

Trapping the raccoons was by far the most popular suggestion. While many people agree that trapping is a good option, opinions varied widely about the best thing to do with raccoons after you trap them. Be sure to check with your state wildlife service and any county or municipal authorities before you kill or relocate any raccoons.

FarmerDave became a seasoned expert at trapping during his family’s fight with a raccoon infestation, and he learned a valuable lesson about relocating them from the state fish and game department. If you didn’t already get a chance to read FarmerDave’s article about trapping and relocating raccoons, you can check it out here: “How Many Raccoons is Too Many Raccoons?”

Cap’n Dave also wrote in to suggest a trap that he has had success with. Cap’n Dave’s neighbor is in the habit of spreading around bags of cracked corn to attract birds and deer to his property for viewing. As a side effect of this, Dave gets more than his fair share of raccoons—and they’ve been a real problem for his ducks, chickens, and rabbits. You can read Cap’n Dave’s article here: “A Surefire Raccoon Trapping Solution.” 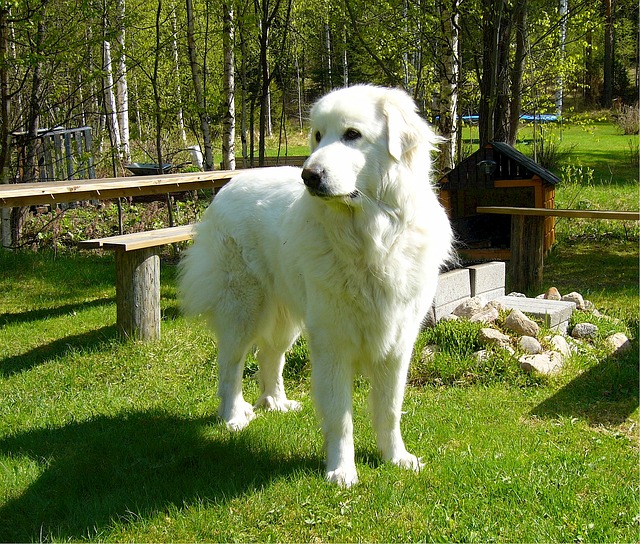 The second-most-popular suggestion was the trusty dog, with several people citing Marjory’s advice from her DVD Grow Your Own Groceries.

Tom Holmes has 3 big compost piles, and he used to have critters coming every night to see what he had put out for their supper. Then he got a big dog to patrol the area, and his raccoon problem went away overnight.

Terri C. has two big dogs who live outside on her property, and they have been successful at keeping all of the wildlife away from the garden area. They take turns making the rounds day and night. She didn’t need to give them any special training, other than walking them around the perimeter regularly when they were puppies. Their barking can be a bother sometimes, but Terri enjoys the security of always knowing that her space is well protected. Her dogs live a happy life and they love doing their job.

This is one of the simplest solutions we heard about. Several people wrote in to say that they have had success keeping raccoons out of the trash by using ammonia and vinegar. Lewis C. says “vinegar—a lot of it. If you use enough the coons will find it to be too sour.” And Jeanette says she used to pour ammonia over her trash every week to keep the critters out until it was picked up by the garbage truck. It worked great for her.

There was some discussion about whether or not ammonia or vinegar would be detrimental to the compost pile, but Susan F. suggested soaking some burlap in ammonia, and then using the burlap to cover the piles at night. Seems like this would be a good solution—perhaps someone will try it out and let us know how it worked.

#4: Blend and/or Bury the Food Scraps

If you didn’t already read it, Karen Donnelly wrote in with a suggestion about skipping the compost bin altogether and burying the food scraps right in the garden. You can read Karen’s article here: “How to Keep the Critters Off Your Compost.” She learned this trick from her aunt, and says that it has brought a huge worm population into her garden.

Ken suggested adding an extra step and collecting the scraps in a 5 gallon bucket. He says that letting the scraps sit out and rot for a while before burying them will make them distasteful to the raccoons. That way the coons won’t go into the garden to dig your scraps back up.

Joyce Ann took things one step further and suggested running all of the food scraps through a blender before burying them to liquefy the goodies—I guess raccoons like scraps more than scrap soup. Joyce Ann also suggested using a “bottomless bucket” to direct-deposit the liquid scraps into the garden soil.

We got some creative, and descriptive, suggestions in about just shooting the critters on sight. Again, please check with the appropriate authorities before you get your blast on. No doubt, this is an effective solution. The best tool for the job seems to be a matter of preference. When dealing with livestock predators, some people like the biggest bang, and others prefer the quietest crack. 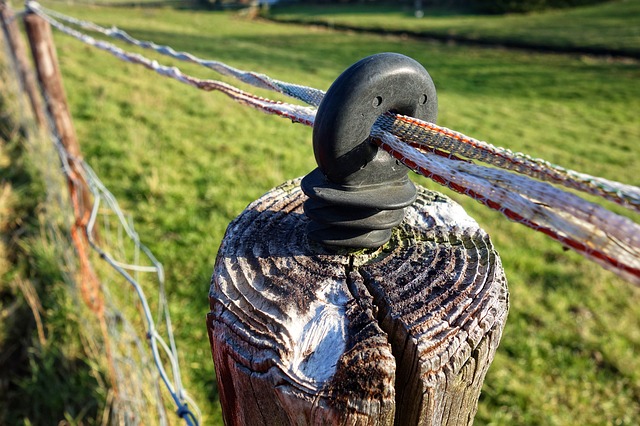 A few people have had success using electrified fencing or netting to keep various critters away from the compost pile. Kat K. uses a 5 acre charger with 3 strands of wire around a small area. And Joyce Ann has seen her neighbors creatively wire some bushes and other areas to keep dogs and other critters at a distance. She says that, for most animals, it only took 1 jolt for them to learn their lesson.

3 More Solutions to Keep Raccoons Out of Your Compost

A few people sent in suggestions that nobody else thought of. Some of these were pretty interesting, so I thought I’d pass them on in case the other solutions don’t work for one reason or another.

Peggy’s family uses a small, blinking red light that comes on at night. It’s one of the simplest solutions, and it has been effective at keeping all kinds of animals out of their garden—even the coyotes that were eating her watermelons.

Grampa knows of a product that you spread onto a surface to repel birds and squirrels by burning their feet. By coating a wire or cloth with this product and covering the compost, you might have some success in keeping the coons at bay. (We think he’s referring to polybutene. There are various products (like this one) that use this for birds and squirrels.

And finally, Michelle wrote in to say that she has had success deterring those particularly stubborn critters by using lion’s urine. You can pick it up at pet shops, or online. It’s a little pricey, but not over the top, so it might be worth a try.

Thanks to everyone who wrote in to share their stories. Hopefully this list will be a valuable resource for others who find themselves fending off those pesky raccoons from their coops and gardens.

(This is an updated version of an article that was originally published on August 28, 2015.)