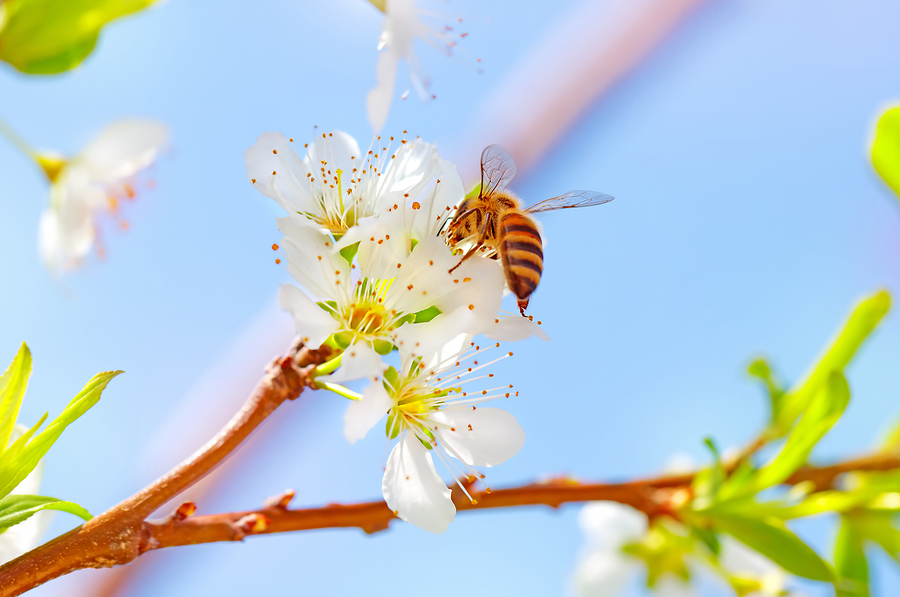 How to Rescue a Honeybee

All Alone, Far From Home

A single honeybee alone cannot survive without its hive. If a foraging bee gets lost or trapped during its travel and is stuck somewhere overnight, most likely she will be dead by morning. I believe they die of loneliness. Here’s a simple method I found to rescue a honeybee.

Sometimes after dark I’ll find a bee in the house but since she can’t fly at night without the sun to help her navigate home, I can’t release her outside or she’ll simply be lost. Also we have multiple hives here so I can’t even deliver her to the correct hive to mingle back in because I don’t know which is her home. Alas, what to do?

Attempting to Rescue a Honeybee

I tried putting out a dish with a dab of honey on it then putting a jar upside down over the dish. That kept her confined so I could find her in the morning but I noticed she often spent her time buzzing against the glass trying to get out. When I thought of what her natural environment normally is at night, I came up with something different.

I put a few long chunks of empty comb and a smidge of propolis inside a pint glass canning jar. I pressed the edges of the wax so it adhered to the sides, leaving room between the combs so it appeared similar to the inside of a hive. Using a toothpick, I filled just one cell with honey near the top and put a single tiny drop of water in another cell. Really only a pinhead sized drop, enough for one bee. Using my finger I placed the bee inside the jar and let her walk onto the comb, then I screwed the top on (air-holes poked in it) and put her in a darkened room. Even better if I find two or three bees – they all have a friendly sleepover in the comb jar. 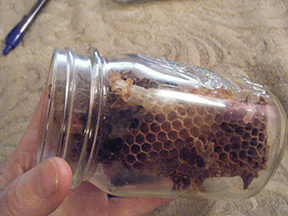 Read more: Attracting Pollinators to the Garden Year After Year

Don’t Forget to Free the Bee

This is a key point! I write myself a note, reminding me in the morning that my little lost bees are in the parlor. I write the note because I have twice woken up and gone about my day, not remembering the bee jar until later. By then their time apart from the colony was too long and the bees had died. Now I tape the note on the bathroom mirror or the kitchen table.

After the sun’s up I peek at the sleepover bees in the jar and nearly always they are just fine. Once they start moving around, I walk up the path to the hives and open the jar. They head immediately home.

Forager bees are used to being on comb for the evening. Knowing they were stressed about not making it home before dark, I wanted to recreate as much as possible a hive-ish place to give them a sense of familiarity about where they are, with known scents of wax comb, fragrant propolis, sweet honey and water.

Why Rescue a Honeybee?

Does it matter that one little bee makes it through the night?

I believe it does. Being kind to one bee, when it likely won’t make much difference to the hive or even the bee community, is a good thing for us humans to do. Maybe the world won’t change because I saved a bee. But too often the callousness of my inattention denies me the opportunity to develop benevolence. No being is inconsequential; every life matters.

When we treat all beings as deserving of our consideration, even a little bee can assist us in our task of becoming more gentle, more thoughtful, more human.