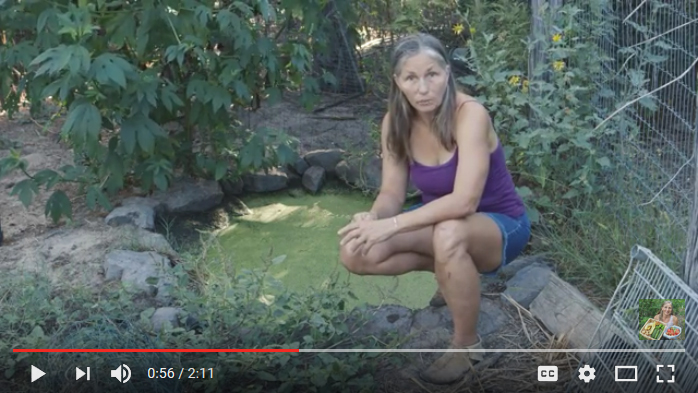 Using Duckweed on the Homestead

If you search for information about duckweed on the internet, the vast majority of the information you’ll find will be about how to get rid of it. Common duckweed (Lemna minor) grows in still water in temperate climates around the globe. And this tiny plant grows pretty fast, once it gets started.

That makes it a pain for people who are trying to maintain scenic waterways in their landscape. But if you’re someone who is trying to grow plants to sustain a homestead of people and animals, you know that aggressive plants are the easiest ones to grow (and sometimes the best ones to grow).

Video: Why Switch from Chickens to Ducks?

Growing Duckweed – One Plant, Many Benefits

Duckweed is a great opportunity to stack functions in your pond. Let’s take a quick look at some of the benefits that this tiny plant brings to the table…

Duckweed can quickly cover the surface of an entire pond – big or small. This feature makes it great for controlling evaporation, and it also provides good habitat for any fish living in the pond.

Duckweed can be used as fodder for homestead animals, like… well… ducks. Snails love duckweed too, so it helps turn your still water into a little smorgasbord for your ducks.

Duckweed also makes great fodder for your compost pile.  It grows back so fast that you can probably harvest as much as you need to balance a carbon-heavy pile, and the plant will grow right back in no time flat.

According to Plants for a Future, duckweed is edible by people too (although it tastes bad). And they also list several medicinal qualities for the plant including using it as a diuretic, a sedative, an antiseptic, and more.

In the video below, you can see the results of an experiment Marjory did where she place a handful of duckweed in four different 5 gallon buckets.

As you’d probably expect, the buckets with the dirty water grew the fastest. And the biggest surprise from the experiment was that the buckets in the shade grew faster than the buckets in full sun.

Here is Marjory to tell you all about it: