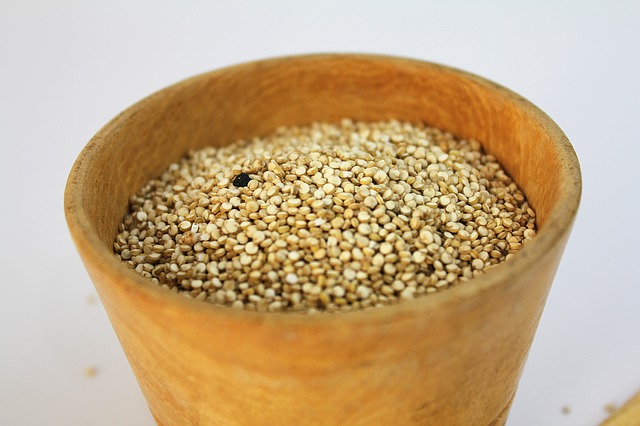 Does It Make Sense to Grow Grains on Your Homestead?

Grain: the staff of life.

We’ve heard that before. And to an extent, it’s true.

Much of the world uses one grain or another as their staple crop. Wheat is popular in much of the temperate Anglosphere, rice reigns across much of Southeast Asia, barley is epically important as the main grain for brewing beer—and corn is king over all. Where would we be without Cheetos?

Beyond these, rye and oats are both of high importance worldwide. To a lesser extent, minor grains like millet and sorghum, plus pseudocereals like buckwheat, amaranth, and quinoa, fill key food roles in some cultures.

Of course, as a paleo advocate who also doesn’t feel very well when I eat most grains, I tend to view medium-rare steak as the staff of life, not grain.

But for those of you with good digestions who like bread, are grains worth growing on your homestead? Let’s take a look.

Yield-wise, most grains aren’t all that impressive. I have to confess, I have a great fascination with plants—including small grains—and have really wanted to grow bread from beginning to end, despite my wheat allergies. There’s a great book by Gene Logsdon titled “Small-Scale Grain Raising.” I enjoyed it and still own it.

Yet we have to be realistic. Despite my dreams of fresh bread, raising grain on a small scale isn’t a walk in the park.

For example, if you wanted to survive on a small acreage, you probably wouldn’t plant wheat, rye, oats, or barley. Not only are they cheap to purchase, these grasses are also out-yielded by potatoes and other root crops.

However, if you’re sold on trying something like wheat or rye, here’s a good place to start:

Hey! It looks like they’re growing it in a small space, right? I could do that! Yeah!

But wait—did you see all the work that goes into producing and harvesting from their small-scale rye plot? And at the very end, did you catch the yield?

And this is grown in a biointensive double-dug bed, so the yield is about the best you’re going to get without delving into black magic or making sacrifices to Ceres.

I sometimes grow barley, wheat, and oats through the fall and spring, yet I rarely eat what I grow. The chickens get the stalks—seed heads and all—as bedding. Sometimes the kids and I pick through a few … but usually … forget it. The work is murder. Yet, fortunately, not all grains are like that.

The only grain I think makes sense on a small scale is corn. A good-sized patch of grain corn will produce a decent amount of kernels for grits, cornbread, flour, chicken feed, etc., and the yield of that space skyrockets when you add squash and beans to the mix. That’s something you can’t easily do with other grains.

Corn is easy to harvest and clean. We’re not talking sweet corn—we’re talking corn varieties like this:

There’s a reason that corn became king. The plant is amazing. If I were to recommend one grain to add to your homestead, this would be it. That said, it still takes up a lot of space, even if it’s the best grain you can grow. Bonus: the cobs can be made into tobacco pipes.

On the down side, it’s not all that nutritious—plus, like many other grains, it is linked to digestive issues. Yes, you can grow a lot of carbs in a moderate space—and I LOVE growing corn—but still, if I were to really be honest, it’s probably better food for pigs and chickens than for humans.

Beyond corn, however, there are a few minor grains that are pretty easy to deal with. One that I’ve experimented with is amaranth. Amaranth is a relative of spinach and isn’t a member of the grass family like most grains. Its broad leaves are also edible, which gives it a multi-purpose edge over most seed crops.

Originally, I grew amaranth as a chicken feed, then discovered my chickens weren’t all that keen on it. Thanks, birdbrains. Then I wondered if it made sense to use for porridge and such for my family. The answer … sort of. The yields are less than exciting, though it’s a lot easier to deal with than a true cereal. To harvest amaranth, you basically massage the mature flower heads and let the tiny seeds fall into whatever receptacle you have available. Trash can lids work great.

Once you’ve collected a batch of amaranth grains, you can put them in a big bowl with rounded edges and blow the bits of flower head out of the seeds. This is also a good time to pick out all the bugs. One unintended benefit of the amaranth in my backyard is that it attracted a lot of stinkbugs. So, being a good survivalist, I picked them out of the grain, fried them, and then ate them with a bowl of amaranth porridge. They weren’t horrible, and they probably had more nutritional value than the amaranth itself.

One other thing you need to know about amaranth: It self-seeds magnificently. I harvested a garden bed of amaranth one year, threw the spent stalks and heads to the goats, and the seeds volunteered for two years after.

One more crop that strikes me as a potential “grain” worth growing is buckwheat. According to “Mother Earth News,” buckwheat is a great grain for the small homestead, though it’s not a true cereal. I have grown it as a green manure crop to improve my soil, but have not bothered eating it. Butterflies love the blooms, however.

Grains can be a part of your small homestead, certainly. Some will even provide you with moderate yields. However, if I were in a situation where I needed high-yield in a small space, I’d look elsewhere.

Just don’t count on them to be your staple in a crisis unless you’re willing to work like a slave.