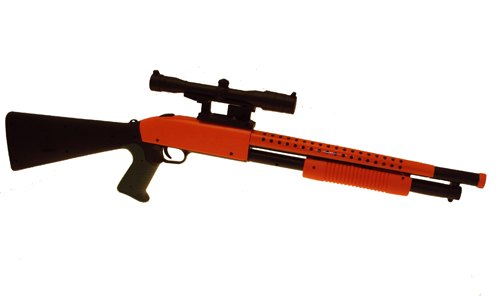 Frozen by Fear: It Could Happen To You

He turned the key in the lock and entered without turning on the light. It was his home for more than a decade and he knew his way around the house. A bit of moonlight filtered through the windows so he could see well enough. It felt comfortable.

His wife and daughters were off on a trip. This was one of those quiet alone times that can either be serenely peaceful, or as was about to happen, extremely terrifying.

He put his briefcase on the kitchen table. Then he felt family’s black cat, aptly named “midnight”, rub against his pant leg. He reached down to pet the soft fur and enjoy the gentle purr it evoked. He never admitted to liking the little creature. But in the dark and alone, he secretly enjoyed her attentions.

Then he heard it – a sound upstairs. It was much louder than a rat or any small animal that might have come in. The man froze.

Again sounds came. A thudded bump – and was that a drawer being opened?

It was definitely wasn’t an animal but a human being moving things around upstairs in his bedroom!

There shouldn’t be anyone here.

This wasn’t possible and couldn’t be happening.

The house was down a long dirt road far away from neighbors. There was no way to call for help.

He didn’t have any weapons or guns, and certainly no training. He was a scientist by trade, not a fighter.

What he did next is classic.

With a predicament he had never encountered before and absolutely no idea what to do he was immobilized.

I can attest that Daniel (he requested I don’t use his real name) is a very intelligent and capable person. And in his profession he is quite well known and successful. He told me this story with a bit of shame – for what man doesn’t think he couldn’t defend himself in his own home?

But the honest truth was, in a situation he had never conceived of, much less prepared for, he became paralyzed.

His story had me thinking about my own home. What would I have done?

There have been a few times in my life when I’ve been in tight spots. I’ve traveled alone in third world countries and I’ve lived in American ghettos. I currently own several guns and have a bit of training (not enough, but some).

And I know that in that kind of situation – one where someone or a group comes into my home – right now, I am unprepared and they could easily overwhelms me.

I would do the same thing as Daniel.

I don’t like thinking about the possibility of bad things happening. There is that little voice that says “if you think about it, you are likely to draw it to you” and “you create your own reality”.

But I also know that if I have at least thought about some scenarios and have a plan or two, then I am much less likely to freeze if it ever does happen.  And I am quite certain that doing something will be much better than completely freezing up.

I don’t feel any danger or any threat right now. And it hasn’t happened in my neighborhood (yet). So why worry?

Home invasions don’t generally make the National news, but as I’ve traveled around the country and occasionally tapped into the local news stations, I’ve been surprised at the number of home invasion stories I’ve heard.

And while ignorance is bliss, security comes from preparedness.

So I’ve decided to consider the possibility it could happen and am working to setup a few preparations.

Home invasions are different from robberies – which is one thing I have learned from Jeff Anderson (Jeff is the president of CQC (Close Quarters Combatants) Intl. The mindset and motives of the perpetrator are different. Jeff has a package of materials that helps you understand what is going on in the minds of these sick people, and helps you to deal with the possibility that this horrible thing could occur.

Jeff offers almost too many suggestions on how to prevent it – or deal with it if it occurs.

And he understands about the issues of having your family in the home – and having preparations that are ‘kid safe’.

I’ve met Jeff personally and I’ve reviewed his entire course. Over the years, I have been reviewing a lot of different books and videos on home and self defense. By no means am I a Marine or LEO. And for you uber tactical guys who are ready for Armageddon, this material is probably not for you.

But what I can say, is that for someone like me, it really helped me to begin to confront my fears. Of all the materials I’ve reviewed, it is one of the few sets of materials that I do recommend.

Pick up a copy of Jeff’s “Home Defense Tactics” by clicking here.

(Marjory’s note; OK, I got so much response from people wanting to know what finally happened to Daniel – so here it is.  It turned out that Daniels brother-in-law came by to pick up something.  It wasn’t an intruder.  Daniel is infinitely grateful for the experience and considers it a ‘warning shot’ from the universe that he intends to heed.  Daniel wanted me to tell everyone about it to help prevent this from happening – for real – to others.).