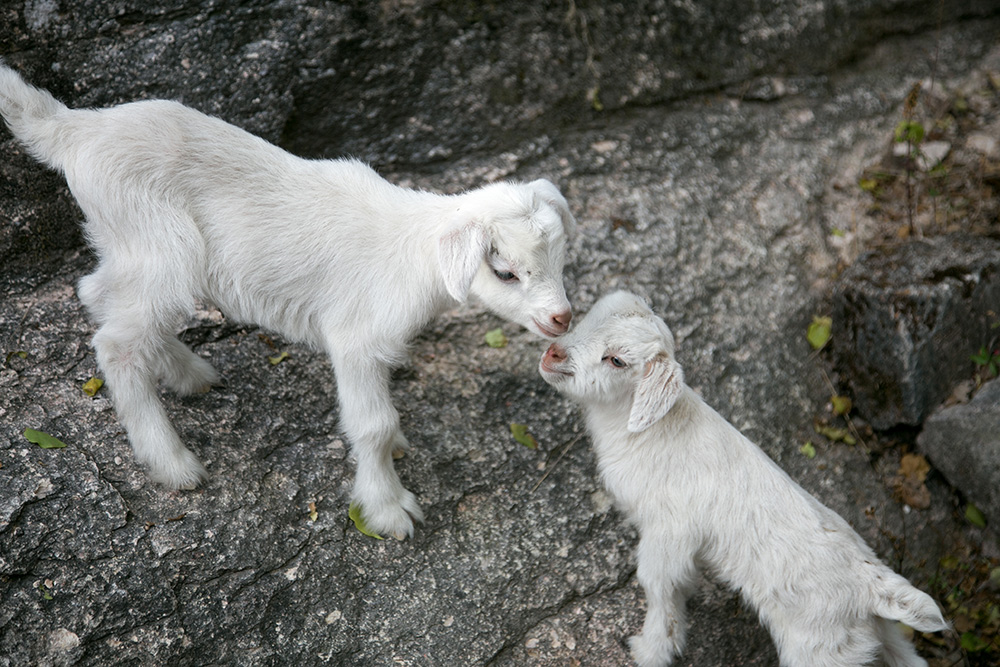 Extreme Agri-Tourism: Off the Grid with the Tarahumara Indians, Chapter 9

Bernadino and his family are a group of about ten. They grow all of their own food and they live completely off grid, as do most of the Tarahumara that we met on this trip. They wear a combination of both western clothing and their own traditional styles. Their primary worldly possessions consist of a selection of hand tools, some pots and bowls, the ubiquitous hand crank grain grinder, and the Gov’t issued solar panel and light.

While Bernadino doesn’t have a lot of worldly possessions, he is a very wealthy man when it comes to the things that matter most.

Bernadino grew up living in caves, although now they lived in a small two room house. Bernadino was a teenager before he saw his first “chuboche” (a non-Tarahumara person). Unlike most of his tribe, Bernadino was very curious and wanted to learn more about these strangers. David Holladay tells a wonderful story of how he first met Bernadino in a free presentation available at the 2016 Home Grown Food Summit. Be sure to check it out here: 2016 Home Grown Food Summit.

Bernadino, Dave, and Marjory in the cave where Bernadino grew up

For a bit of income, Bernadino does some logging and occasionally sells some goat meat. The girls occasionally make baskets or other handicrafts for sale. But they really don’t need, or seem to want, much.

The Harsh Nature of Tarahumara Life in the Copper Canyon

The family was still in a bit of a grieving process as Bernadino’s wife had mysteriously disappeared about nine months ago. She had gone hiking up into the mountains to gather… I’m not sure what. But she had never returned and the body was never found. Did she accidentally fall and kill herself? Did a pack of wild dogs get her? Or did she have a fatal run-in with the narcotraficantes? No one knew, and at this point, they presumed her dead.

When talking about Bernadino, his neighbors say, “He will find another good wife very soon. He is a kind man, a hard worker, and he has a fine family.” I agree. That’s what women want, in any culture, and he will surely have a new wife as soon as he is ready.

The main staples Bernadino’s family grow are the traditional ones for most of the Americas; corn, beans, and squash. Although, the bio region at the bottom of the canyon (an area we didn’t get to) is quite different – more subtropical – and the Tarahumara in those regions rely on other staples.

Traditional Methods for Farming and Fertilizing

The big field where Bernadino grows his corn has a soil that is fairly rich, loamy sand. “How deep is the soil before you hit rock or hard pan?” I asked. But no one knew, and apparently it is more than deep enough. Fields are plowed in the spring using horses, and simply left fallow in the wintertime. There is no cover cropping, and of course there are no chemicals. Bernadino said that field had been farmed by the Tarahumara for hundreds of years.

Two of Bernadino’s horses – used for both transportation and for plowing.

The secret to Tarahumara crop productivity is in the goat herd. Each day the goats are herded into the surrounding mountainsides to forage. They are brought back every evening to a pen. The fertility dropped in the goat pen is piled up and saved throughout the year. The manure is applied to the field and lightly tilled in with the spring plowing. When the corn is about knee high, another handful or so of manure is applied. About 70 goats is the right number for this size field.

Bernadino holding a handful of black gold in front of his pile of goat manure fertilizer.

The responsibility for the goat herding and care is shared between the eldest daughter and son.

The eldest son and daughter had responsibility for the goat herd.

Anthony especially lit up when he saw all the baby goats. So of course, we have a lot of really cute baby goat photos. Actually, we probably have too many cute baby goat photos. “My wife just loves goats,” Anthony mused. “I wonder if I show her these photos, if I can make her slightly jealous for not coming on this trip.” We both laughed at that one, knowing full well that neither of our spouses would’ve really been up for this kind of an adventure.

Anthony has a new goat friend – although I am not sure he really wanted to be kissed on the first date.

Anthony is the one who coined the phrase “extreme agri-tourism” to describe this trip.

Hmm, looking through the footage, we have a zillion photos of cute baby goats. I just can’t begin to get them all posted.

They really are sooo cute!

OK, these stills just aren’t showing how much fun it is to watch these baby goats playing around… So here is a short video clip.

Interestingly, nobody seemed to know how many inches or centimeters of rain they got in a year. Nor did they know how many acres the field was. Measurements like that just aren’t something they do. Bernadino told me that he generally plants toward the end of May. And they typically have some good wet months in June and July. They leave the corn in the field to dry on the stalks, and usually harvest in late September or October.

Our arrival coincided with the end of the season, and most of the harvesting had already been done. It’d been a good year and the homemade corncribs were bursting. The grain is protected from rodents by a few scraggly cats. The cats seem to be doing a good job here.

Marjory in corn crib – this year there was a big harvest.

We visited another homestead where the owner didn’t like cats. He depended on snap traps, and the vermin were everywhere. But at Bernadino’s place there are a few cats that make a good living, even if they don’t have much fat on them.

This little kitten had a very important job – keeping the rodents from the stored grain and playing with kids.

In addition to the wonderful conversations about growing crops, we filmed two of Bernadino’s daughters as they taught us how to make “esquite” and “pinole,” two very popular corn-based drinks. After they made each beverage they passed the big mug around for the whole family to have a drink. The cup came to me, and Anthony grinned at me wondering if I would drink it or not. Dave had already taken a big appreciative gulp. But Anthony had declined; the water had not been boiled, and it was a communal cup.

“Risky” was the unspoken word in the glance that Anthony shot me. I closed my eyes, briefly feeling the curve of the mug in my hands. I went inward and asked my body what direction I should take. I sensed it would be OK, and took some sips.

Should Marjory have taken a drink from the cup of esquite? She will know in a few hours.

If those sips were a mistake, well, I would know in a few hours.

By the way, Anthony and I put together a really good video of the girls teaching us how to make these drinks in a presentation that will be aired for free at the 2016 Homegrown Food Summit, which you can access here: 2016 Home Grown Food Summit.

The evening was so pleasant we all just stayed together talking and laughing. Some of the more amusing things were our attempts to learn each other’s languages. Pronunciations by new learners are always funny – on both sides. I pulled out of my daypack a short Tarahumara/Spanish/English translation guide that I had printed out for the trip. The eldest boy loved the document so much I gave it to him. I had a few Tarahumara words down at that point and realized I probably wasn’t going to progress much further.

It turned out that boy was also a bit of a missionary and regularly traveled to visit the more remote Tarahumara. We realized this boy would have much greater need for our second tent than we did, so we gave it to him. His smile of delight upon receiving it was so beautiful.

We knew we had some hiking ahead of us and lightening the load in this way felt right. Although I admit, just as when we gave away the first tent to the Tarahumara girl in Creel, I had that nagging feeling about just how useful that untested (and inexpensive) equipment would be.

I suppose a better question might have been, would we be in need of that tent? But you know, that just didn’t cross my mind at the time. (I know my husband will cringe when he reads how easily and thoughtlessly I let go of the equipment he insisted I take for our protection. Sigh… sorry Hon.)

As we headed back across the cornfields to Afren’s home where we were sleeping, our thoughts turned to tomorrow’s activities. Afren had been successful in arranging for some of the more wild Tarahumara runners to come for an interview with us. And they would give a demonstration run for us to film. Would these men be the real deal, or just some guys from town dressed up in traditional clothing?

And how would we know the difference?

This article is Chapter 9 in the series “Extreme Agri-Tourism: Off the Grid with the Tarhumara Indians.” You can read the rest of the series here: