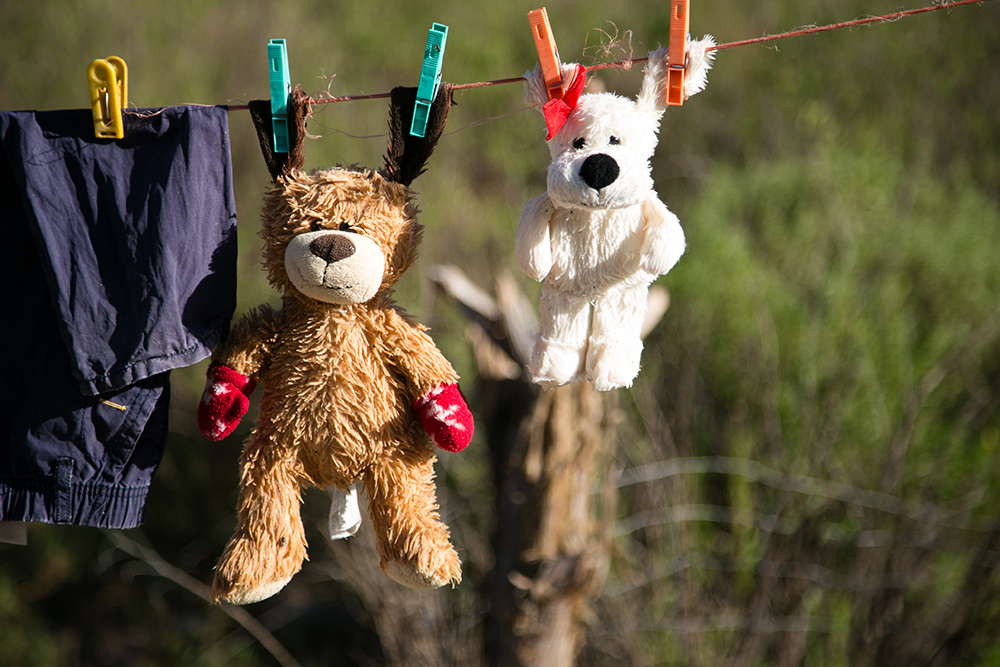 Extreme Agri-Tourism: Off the Grid with the Tarahumara Indians, Chapter 11

Another Tarahumara Myth Busted; They Would Love to Eat More Meat

I asked Juan (the 71 year old Tarahumara runner) and the assembled group, “Do you like to eat meat?”

“Oh yes,” Juan answered with an added tone of appreciation I hadn’t heard before. “What kinds of meat?” I asked, hoping for some more specifics. And you’ll get a sense of his lifestyle by the order in which he answered: “Squirrel, chicken, lizard, snake…” Then Juan said another creature and there was a general discussion of how to translate that into English, but no one knew. I think the closest translation is “something like a pack rat.”

Thinking of the goat and cows I had seen, I asked about beef and goat. “Oh yes,” Juan and everyone agreed they were good to eat. But rarely do they eat their herd animals. They are too valuable. The herds are needed for fertility to grow the crops, and as a form of cash. They trade goat meat with Mexicans for needed items such as tools and cloth.

I got the sense the Tarahuamara would love to eat more meat in general, but it is too expensive.

The Fat of the Land

You know what they love the most? Fat. Fat is one of the most difficult things to grow or produce and it is highly, highly prized. Most of the homesteads we saw had at least one pig sty with two or three pigs. The pigs were being raised primarily for the fat, and the flavor that fat would impart.

Have you ever heard the phrase “the fat of the land”? Living off the largess of grocery stores, modern Americans don’t realize how difficult fats are to produce. Now when I say “fat” I mean the real stuff – either the fats taken from healthy pasture raised animals, or the oils pressed from olives or coconuts.

In Texas it is quite common to buy a half or whole steer once a year and keep it in the freezer. One year I decided to make pemmican, which is a traditional food of the Native Americans. I had heard that pemmican was like old-time energy bars; it was loaded with lots of calories and nutrition, had a long storage life without refrigeration, and yet was compact. I wanted to experience this food.

Pemmican only has two basic ingredients: dried meat (that you grind to a powder consistency), and rendered fat. Sometimes people add dried berries or spices for flavor.

I wanted to try and make this ancient protein energy bar. So when I ordered the annual steer from Buddy the grass-fed rancher, I naively asked if he could also arrange to give me the fat (there is usually big gobs of it surrounding the organs).

This happened to be in a year of severe drought for Texas. “Marjory,” Buddy said in his long Texas drawl, “there ain’t no fat on any cows in Texas this year. We’ve had a hard enough time just keeping them alive.”

I looked around me and saw with new eyes the yellows and browns of dead and dormant plant life everywhere in the landscape. For the earth to create fat, she needs rains, good soil, and moderate temperatures. Fat is a product of abundance and good times.

Of all the gifts we had brought on the trip to Mexico, I think the most appreciated were the jars of coconut oil.

Want to know what was the least appreciated gift?

You know how much the Tarahumara love that drink made of corn called pinole? Well Dave had thought to bring a couple bags of pinole that he had purchased in the US. Dave knew how much the Tarahumara loved pinole and thought this would be the perfect gift. Dave offered these bags to all of the Tarahumara we visited. The response was pretty much the same everywhere. They would politely decline the gift. When Dave insisted, they took the bag but it seemed more out of courtesy than desire. I noticed that the bags lay unopened and untouched for the duration of our stay.

In private moments, I asked if it was because they didn’t like the taste of the store-bought pinole. But the taste wasn’t really the issue; it was because that corn did not fuel them like their own homegrown corn. The commercial stuff just doesn’t have the mana that their own food has.

And how could commercial food even begin to compete? The Tarahumara food was either wild-caught or home grown on lands that had been tended by their families for all of their history. The seeds were saved and blessed before planting. Every step of the process was tended by love from a family member. The power and nourishment in their own food was tremendous.

I suspected Dave’s gifts of store-bought pinole would end up in the chicken coop or pig pen once we left.

I am not sure if Dave had brought the bags of pinole and given them as gifts to prove a point to me, or if he is just naturally a generous guy and he had forgotten that the whole reason I was intrigued to come on this adventure was because he had told me the main reason for the Tarahuma’s incredible athleticism and health was because they grow their own food.

But in any case, it was very obvious that a critical key to the Tarahumara vibrancy was that they produced their own nourishment.

Tarahumara grow their own food because it fuels them better.

Back on the Bus

Now I don’t want to get all idealistic and uptopian here. Dave was intentionally taking us to visit people he knew who were living as closely as possible to their traditional roots. There were certainly many Tarahumara who were in towns, strung out on alcohol or drugs, or working for the narcotics trade. I suppose one way to look at this is as if we were getting to meet the ‘Amish’ of the Tarahumara; these Indians recognized the values of their traditions, were living as closely as possible to those, and yet they were embracing some of the new technology and ideas.

After finishing up with the filming of the runners in this valley, Dave had another group he wanted us to go meet. The next stop would be far deeper into the Canyons and much further off grid. So the next morning, we loaded our packs, regretting that we didn’t have more time, and we said goodbye.

We got back onto the “vomit comet” (the red bus that was the main transportation system) and rode for about an hour until Dave went up to the driver and requested a stop. This time there was no observable reason for stopping. It wasn’t a village or anything. There were no houses or homesteads around. There were certainly no signs. But Dave seemed to know where he was going, so we shouldered our packs and started following him down a trail through the woods.

Marjory and Dave hiking towards Juancensios

The terrain was very rough, steep, and ever changing. Occasionally, the trail was very narrow with deadly consequences for a misstep. At some points we were walking through forested woods, and at other times we were climbing over craggy peaks with spectacular views. This is the part of the trip that my family would have loved and I felt deep pangs of regret they weren’t here to share this. My kids love rock climbing and they would have been scrambling all over the mountains with youthful joy.

Occasionally, the trail would open up to reveal a wide plateau. It was at the edge of one of these open areas that Pedro suddenly stopped. There was a big pile of rocks and he picked up a nearby stone and tossed it onto the top of the heap. He told us this was a Tarahumara custom that anyone who passes here must add a rock to the pile.

Pedro throws a rock on the pile

I marveled at the sight. There must be tens, no maybe hundreds of thousands, of rocks in the pile. Each rock had been held in a human hand and placed here. In this wild country, at least two hours by foot from the nearest empty road. I stood in wonder at the evidence of centuries of people who paused here and honored this point in their journey.

Surprisingly, there were still many, many, rocks lying around to be picked up. So each of us offered a short prayer to the land and added to the pile.

We continued on for at least another hour or two of hiking and it began to dawn on me that I was getting hungry. We hadn’t packed any lunches. And other than a few snacks, I hadn’t thought at all about meals. I really didn’t mind. Being hungry for a day or so wasn’t really a problem, and I was sure we would get where we were going by nightfall at least.

And then just after crossing an impossibly high and breathtakingly beautiful peak, we came to the edge of another plateau and there in front of us was an apple tree, loaded with fruit.

I wasn’t the only one who was hungry and we all dropped our packs and bit into the sweet and tangy fruit. They were good apples. Everyone we had met so far commented on how good a year it was for apples, and this tree was loaded. In the back of my mind I was thinking “these are so sweet, I doubt it could be a wild apple.”

Apples on a tree

I had quickly polished off two, and I was reaching for a third when Anthony pointed out that there were people staring at us. Off in the field stood a motionless group of Tarahumara who were clearly trying to figure out what we were doing.

I almost choked on the apple in my mouth. Was this considered stealing? The fruit was sweet and delicious, which meant it must have been a grafted tree that had been planted by someone. Was the ‘someone’ who had planted the tree in the group looking at us now? If a stranger came onto my land and started eating my apples, I would probably be upset.

This was no way to behave as a visitor in a foreign land, and I felt ashamed of myself. We would certainly have to apologize and make amends.

In trigger-happy Texas, you could be in a world of hurt for doing something like this. Were we in any danger?

We all fell silent wondering what would happen next.

This article is Chapter 11 in the series “Extreme Agri-Tourism: Off the Grid with the Tarhumara Indians.” You can read the rest of the series here: