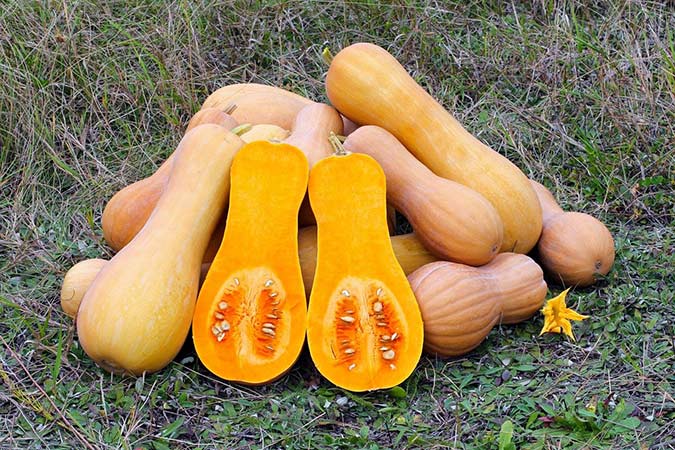 Everyone Enjoys My Squash, Except Me!

In early Spring, we moved from our home in a small Pennsylvania Borough which only allowed a growing space of 35 square feet, to a semi-country house with at least 510 square feet of space available to grow our vegetables. And what’s more, the new land came with its own fertilizer, a heaping helping of two-year-old horse manure. After reviewing several sources on the web, I learned that this organic material needs no other additives… it’s like nature’s own Miracle Grow. So we decided to get started right away. Our list of desired plants ranged from beans and beets to zucchini, with many others in between.

We started off by purchasing and planting six cucumber plants, only to watch as they were destroyed by cucumber beetles. The tiny ravenous beetles started to consume other plants until I gave them a hot mouth. I soaked red pepper flakes in a gallon of water for 48 hours, then drained the mixture through a funnel into a spray bottle with a coffee filter to catch the pepper flakes. The recipe I followed suggested that I should also add a nature soap to the mix. I mixed in a tablespoon of Meyers Natural Soap – the result was a sweet lavender fragrance with an extremely hot bite to boot. We used this mix to spray our leaves every 3 to 5 days, as instructed. For the next attempt, I tried planting seeds in a totally different location.

With one problem behind us, I soon discovered an even bigger issue that grew faster than rabbits. This new problem was two-fold: squash bugs and the squash vine borer moth. Between those two insects, we lost butternut squash, cucumbers, summer squash, zucchinis – all gone within six weeks. We did get to collect some fruit, but nowhere near as much as we were anticipating – most of the fruit died immature on the vine when the borers killed the plants.

This got me to thinking – I bet someone at the [Grow] Network could help us out with a fix for our squash problem. Perhaps someone will know a good solution and send it our way. I know that nothing good in life is free, so I spent a little time thinking about what I could contribute in exchange. So, here are a few suggestions I can contribute that might help out somebody else who’s having a different problem…

Raccoons: Anytime you need to use ammonia for something around the house, dump out the ammonia around the area where the raccoons are a problem. Cover the areas where you don’t want them with any hot spice like chili powder or cayenne. Grow some Scotch bonnets, cut them up and add them to your compost pile – the raccoons will remember where their mouths got set on fire.

Chipmunks: A while back Marjory shared a post about using castor oil to deter gophers (3 Ways to Protect Root Crops from Gophers and Moles). That should be a good fix for chipmunks too, just get yourself some castor oil and use a hose-end sprayer to spray the areas where you know they’re burrowing.

Rain Water: That Emergency Water 101 course had some excellent information, but one can do a lot to gather rain water right from one’s own gutters. First check the laws in your state, county, and municipality to make sure rain water collection is legal. Clear your gutters of all debris, rinse the gutters using a hose and some soap. Next install some covers to keep debris out of the gutters (some of these covers are costly, and I’m still looking for a dealer with a good cost-effective solution). Locate some used 55 gallon drums to collect the water as it drains from your gutters. You can find used food grade drums at distribution centers, and you can buy blue drums that held soap from car washes – there’s no need to spend $150 on a plastic 55 gallon drum.

Hopefully those little tidbits can help someone out, and hopefully somebody can offer up some ideas about dealing with the squash bugs and the squash vine borers that I’ve been fighting.

Thanks to V.S. for participating in the [Grow] Network Writing Contest.