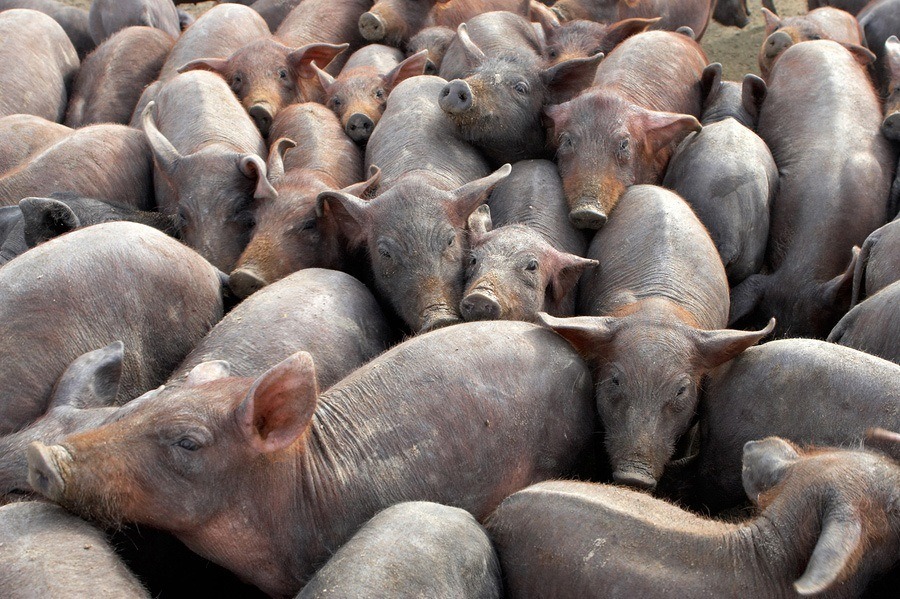 Antibiotic Resistance on the Move

A new study came out on Tuesday that investigates the way antibiotic resistance spreads on pig farms, and beyond.  What did they find?  Well, let’s just say that what happens on the pig farm doesn’t necessarily stay on the pig farm.

The study was led by Michigan State University’s Center for Microbial Ecology, with help from the Chinese Academy of Sciences, and the USDA National Animal Disease Center.

Working with pigs from a lab in the US, and pig farms in China, the researchers identified and sequenced 44 genes that are related to antibiotic resistance, and its distribution on pig farms.

What they found is a little alarming, but it shouldn’t be too surprising if you’ve been following along.  They found that there is a direct correlation between bacteria that can resist antibiotics, and the ability of those bacteria to spread their resistant traits to other bacteria.

In other words, the bacteria haven’t only learned to resist antibiotics – they have also learned to spread that resistance to their neighbors.

On a pig farm, there is a rich and dense population of pig bacteria.  That’s not a bad thing in and of itself.  The same could be said for a large, centralized population of any other living thing – including humans.

Learn More About Your Biome: Microbes 2.0 – A Tiny Manifesto

When multidrug resistance does develop, it can be passed between unrelated bacteria using a process known as horizontal gene transfer.

While science has been aware of the problem of antibiotic-resistant bacteria, and the concept of horizontal gene transfer, before now – this new research shows a direct link between the two.

As a result, when one bacterium develops resistance to one drug, you can end up with a community of unrelated bacteria that possess resistance to many drugs.

The study’s authors go so far as to say that “multidrug-resistant bacteria are likely the norm rather than the exception in these communities.”

There Goes the Neighborhood

Now for the really interesting part!

They also looked at soil from Chinese vegetable farms that use manure-based fertilizer.  In the fertilized soil, they found completely different bacteria than they found on the pig farm – as you would expect.

But the completely different bacteria in the soil did possess the same multidrug-resistant genes that they found on the pig farm.  Yikes!

According to Yongguan Zhu, co-author from the Chinese Academy of Science, “This indicates that on the Chinese farms, the potential for resistance gene transfer among environmental bacteria is likely.”  So, what happens on the pig farm does not stay on the pig farm.

The Bottom Line for the Biome

Slowly but surely, the scientific community is arriving at the realization that antibiotics in the food supply, and antibiotic misuse in general, are a direct threat to human welfare.

No such luck.  The use of one antibiotic in either location – the farm or the hospital – can result in bacteria that are resistant to multiple drugs, and that resistance can probably be passed from one bacteria to another unrelated bacteria, in real time, across environmental barriers.

So what’s next?  The authors of this study suggest that we need to monitor and manage known genetic pools of antibiotic resistance.  And we need to begin reducing the presence of resistant genes on farms – which means cutting out the antibiotics.