If you live in a cold climate and have to garden to feed yourself, what staple crops would you grow?

There are plenty of staple crops in the tropics (I cover 10 good ones in my Top 10 Tropical Staple Crop Countdown video), but as you move farther north it gets harder to produce a lot of calories on your land. Seasons are short and sunlight is less intense, plus the variety of plants you can choose from is greatly limited.

Yet all is not lost.

Here are a few tried-and-true survival crops for the north, plus one that shows great potential.

Your best bet as a survival staple in northern climates is the trusty potato. Potatoes are really hard to beat on yields and caloric content, plus they take less space and a lot less work than small grains.

I’ve grown wheat, oats, barley, and rye. Though they’re pretty easy to grow, processing makes them a serious pain. I outlined the pros and cons in this article–go read for yourself. Potatoes are much simpler.

This is a classic method of gardening practiced by American Indians, as seen here.

I love corn. It’s a ton of fun to grow, and it’s much easier to harvest and use than most other grains. It’s also beautiful. The number of grain corn varieties is staggering. Up north, I recommend sticking to “flint” corns, as dent corn takes much longer to mature.

In the three sisters garden, pole beans are used. For a survival crop, look for types you can shell and save–not green beans. 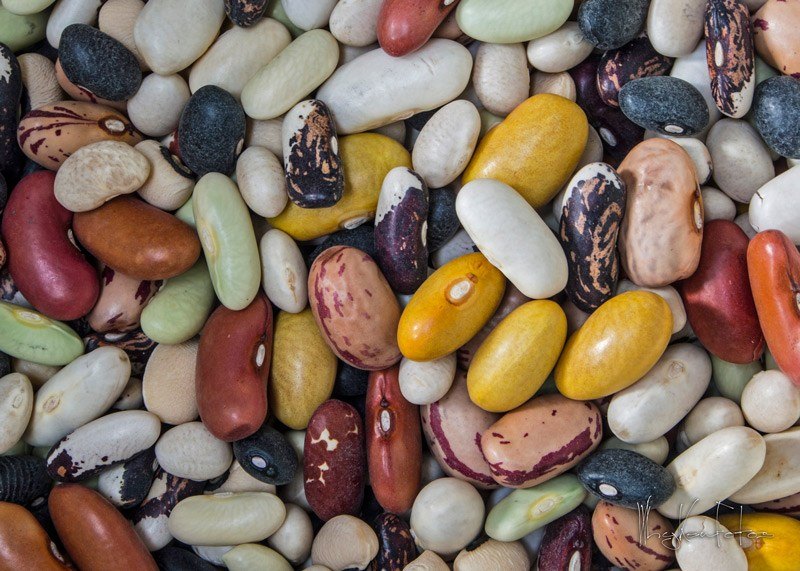 Beans aren’t high on yields compared to a root crop, but they do contain a good amount of protein.

Pumpkins and winter squash will yield you a lot of weight in long-storing calories if you pick the right varieties. Vermont Harvest of the Month has a great illustration and recipes on their site.

In the north, gardeners should mostly stick to C. maxima and C. pepo varieties. In the south, C. moschata usually does better.

Steve Solomon and I were talking about northern staples earlier this year, and I suggested the Jerusalem artichoke as a super-easy root crop; however, he pointed out that the difficulty most of us have in digesting them makes them a lot less attractive in the long run.

I love their productivity, but the tubers mess up your digestion unless you’re very acclimated to them. They are likely a better choice as an animal feed, particularly for pigs. 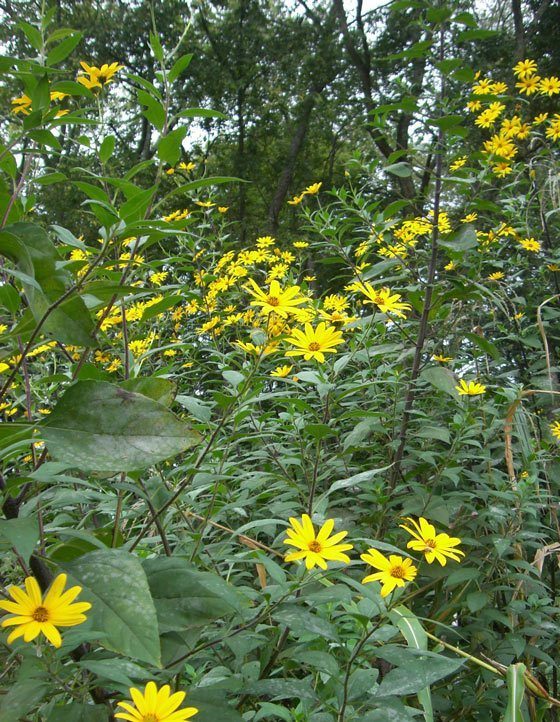 Jerusalem artichokes are beautiful and make a great addition to the edges of a property or in rougher soil where regular vegetables don’t grow.

I planted these along a rough drainage ditch in hard Tennessee clay and rocks, and they grew like crazy.

Another option is turnips. I planted big beds of turnips one year and had great success . . . but eating turnips daily gets old fast. 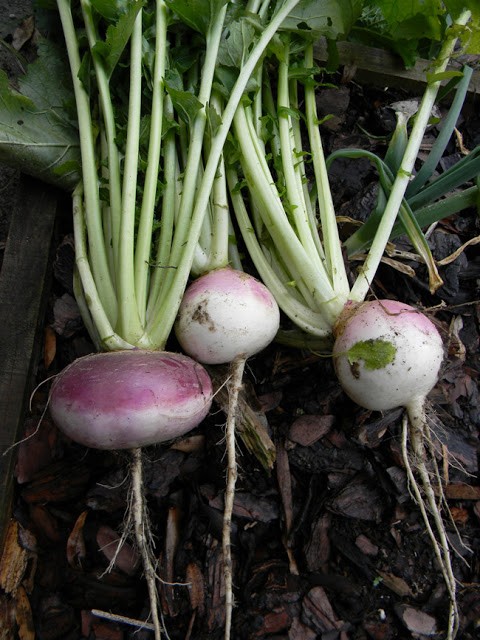 I knew we grew too many when my wife Rachel presented me with a turnip pie she baked for dessert one evening.

After weeks of turnips stewed, mashed, roasted . . . then in pie . . . I didn’t want to see another turnip for a long time.

On the up side, the greens are very good to eat and quite nutritious, making them a dual-purpose crop.

Some northern gardeners have had luck growing the cold-tolerant Chinese yam, a.k.a. Dioscorea batatas. Experiment and see how it does. As a bonus, the Chinese yam produces tiny little roots on the vine. Cook them up like mini potatoes!

Try Chinese yams in your garden and tell me how they turn out–they did well for me in North Florida, and Eric Toensmeier grew them successfully in Massachusetts. I think they have a lot of potential as a staple survival crop. Just be careful, as they may be an invasive species in some areas.

BTW, I mentioned their invasive nature in my newsletter and reader Sharon wrote back, “the real invasive species is soy and GMO corn. Wild yam will feed you along with many other weeds.”

I agree. Feeding yourself is of high importance, and if a vegetable grows like a weed and produces calories . . . I find it hard to demonize.

You can buy Chinese yam bulbils from Sharon in her online store here, along with an assortment of other obscure and wonderful plants.

There you go: seven staple survival crops for northern gardens. Did I miss any of your favorites?

Let me know in the comments.

And check out my book Grow or Die: The Good Guide to Survival Gardening

for serious help in a collapse.

Another great title is Carol Deppe’s The Resilient Gardener: Food Production and Self-Reliance in Uncertain Times.