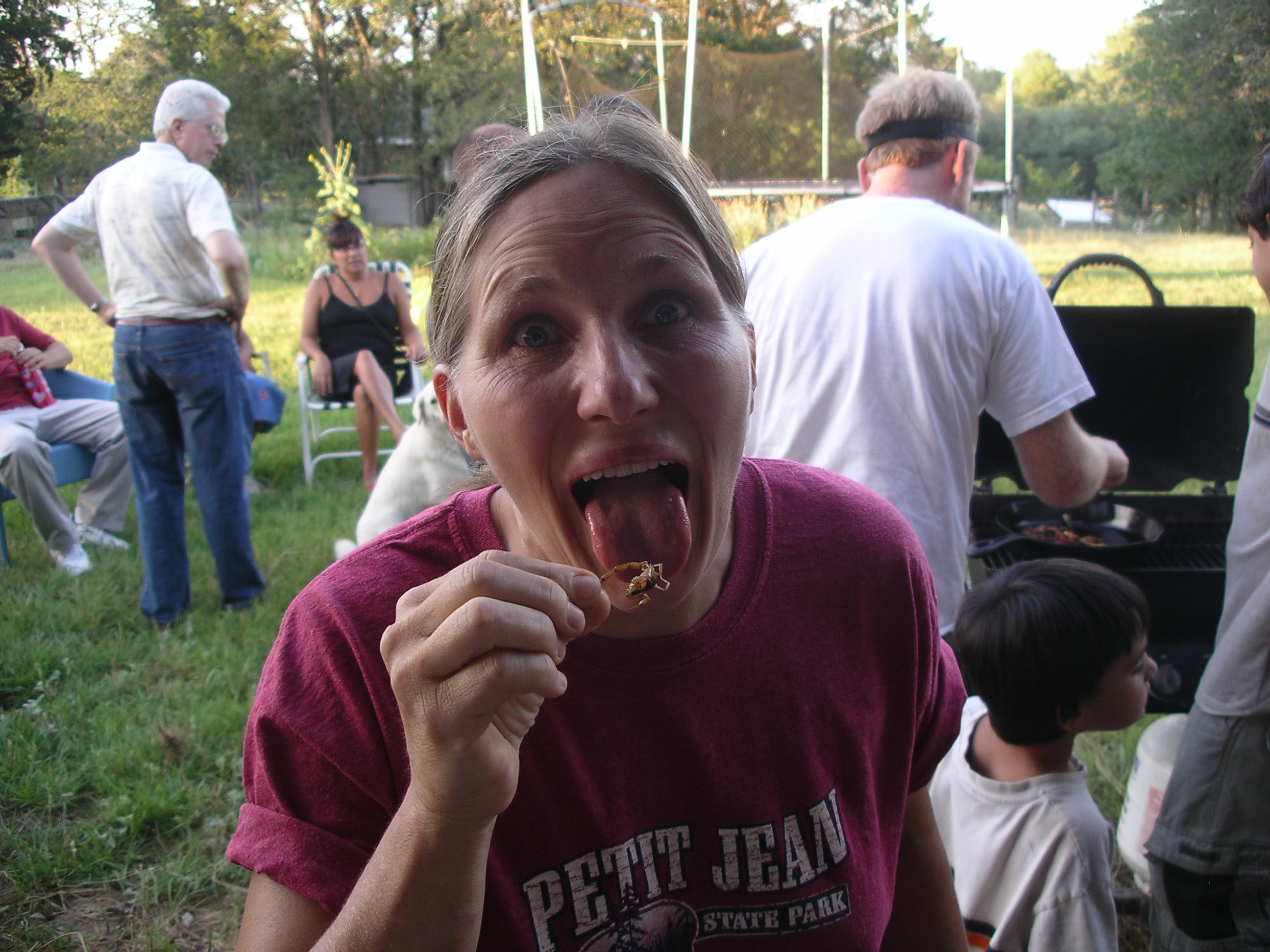 Are people in Austin so hungry they are eating bugs?

“Well, it does help if you come to the party having skipped lunch,” says Marjory Wildcraft, the host and creator 6th Annual Bug Eating Festival which will be held on Saturday June 29, 2013 at Zilker Park in Austin, TX starting about 7:00 p.m. “Hunger can give you an edge accepting new food”. 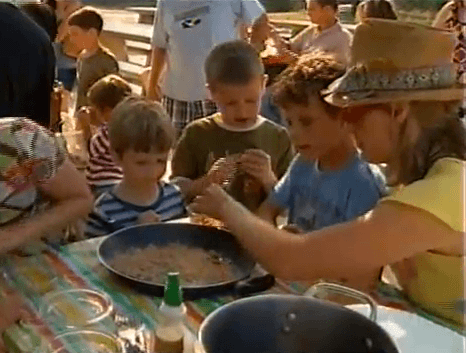 It’s a zany experience, party and potluck where people come together to learn about, and experience, eating insects.  Allen Davison is the co-host for the evening.  In between grilling up and passing around plates of freshly cooked bugs, Allen offers the lore of edibility, preparing, cooking, and eating insects.

“The kids are usually crowded in the closest,” says Wildcraft. “They just jump right in there and try everything.  I’ve been amazed at how many kids confess they’ve been eating bugs all along.  Not surprisingly, the homeschooling community has been regulars at the event since its inception.”

After everyone has had their fill of grasshoppers, scorpions, or bug de jour, they kick back and share in a potluck dinner of ‘normal’ food, she said.

It’s also a BYOB&B event –  Bring your own bugs and bottle. 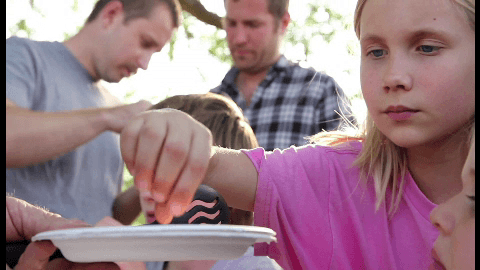 “Palatability does improve if you’ve had a beer or two.  Others need more encouragement. I don’t think my husband will touch a bug until after about a six-pack,” says Wildcraft.

Why on earth would anyone create an event like this?  Is it taking the local slogan “Keep Austin Weird” too far?

Marjory Wildcraft regularly appears on radio and television teaching people how to become more food self-reliant and was recently featured as a sustainable living expert on National Geographic’s hit series “Doomsday Preppers”.  She is a leader in the preparedness movement and has been called the “Martha Stewart of self-reliance”.  Wildcraft is the author of several books, but is best known for her video series “Grow Your Own Groceries”.  Wildcraft shows people with little or no gardening experience how to turn their backyards into a food producing paradise.  She apparently isn’t limited to just gardens, small livestock, and backyard food production.

“I knew that insects are eaten all over the world, are rich in minerals, and have those precious omega three fatty acids we all need so badly, but I just never could get myself to eat them,” she said.

She was inspired by Davison who was experimenting with eating insects for their dense nutritional content.  Then she struck on an idea of throwing a big party and making it fun.  It worked, but Wildcraft still had trouble with the yuck factor when she was alone.

“Every year I ask myself, am I ready to eat bugs all on my own without Allen and a big party?”  So far the answer has been no.  And apparently it is taking a while, as this is the fifth year for the festival.

The event is only $5 per adult, and yes, the most interesting residents of Austin will be there.

To get more information on what bugs to bring, how to catch them, suggestions for the ‘normal food’ potluck, and other interesting tidbits about the festival go to http://www.GrowYourOwnGroceries.org.

This is definitely an event for those interested in:

·       How to handle the locusts during Apocalypse

“What the heck,” says Wildcraft with an exaggerated southern drawl. “Here in Texas we got grasshoppers the size of little chickens, and I figured insects have probably got to be the easiest source of food you’ll find in your backyard.”