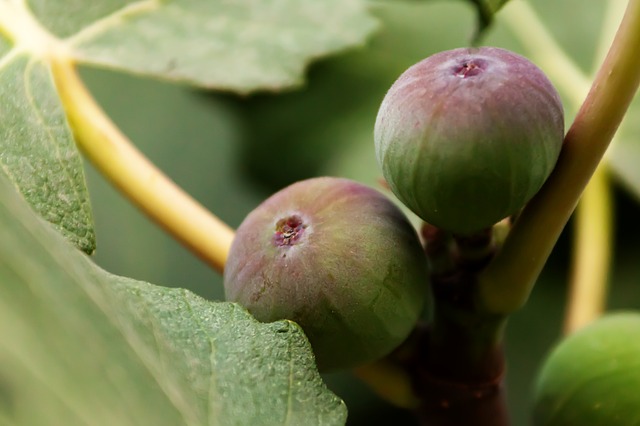 3 Ways to Garden Without Land

For the last three years, I have been in an in-between world of landlessness and/or renting. Though I own my own land now, it’s a work in progress and we’re not currently living on the property.

This has made gardening hard. It’s even harder since my income is based on writing about gardening. How can a garden writer get by without land?

Fortunately, there’s plenty of land out there even if we don’t own it.

And over the last few years—and in some previous stints while renting—my wife and I found that there were more ways to garden and to harvest fresh foods than we thought. Are you in a similar situation? Then this post is for you.

Today, I’m going to share 3 ways you can keep food rolling in even if you don’t have land—or the space to plant a “proper” garden.

My little sister sent me this picture of a bucket patio garden she planted. Green thumbs may, indeed, be genetic. 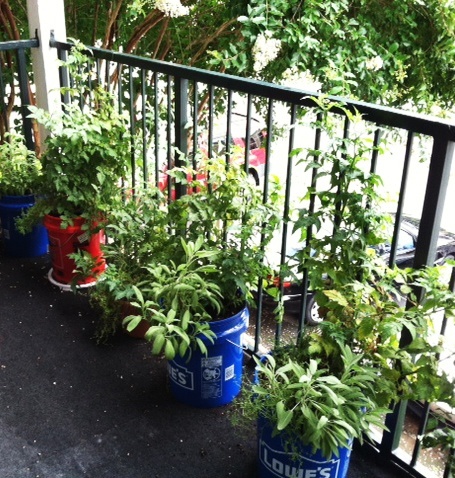 This is probably the most obvious method of getting around land restrictions. If you’re in an apartment or, God forbid, a regulated community, containers are your friends.

I’ve grown tobacco and peppers in pots;  grown spinach and beans in big plastic bins from Walmart; kept tomatoes going in 5-gallon buckets; and even planted a water garden in a discarded bathtub.

The downside to most containers is that they are subject to drying out or flooding; plus, their limited capacity doesn’t allow you to pull off some plants with big root systems. With some tweaking, however, you can often make containers that are “self-watering.” Look that up and you’ll be amazed by the innovations created by clever gardeners dealing with tight spaces.

Here’s what I did with an old fridge once:

One problem some people face with containers is a lack of good soil.

Not all potting soils are created equal. When I first started fiddling around with gardening, I bought the cheapest dirt I could find … and had terrible results. Yellow plants, stunted growth, and soppy drainage were the norm. Some of the so-called “soil” for sale is little more than sand and wood chips in a bag.

Unfortunately, it’s hard to get around your need for potting mix. If you simply dig up your local dirt and garden in that, it often doesn’t drain well enough for most plants in a pot. What works in the ground may be death in a pot. You need something that will retain air and moisture without getting soppy. That’s why most good potting soils contain a mix of vermiculite or perlite with peat moss and some compost. Light and airy is key.

Here’s my own homemade potting mix that I’ve been using in my container gardens:

Another thing to consider when growing in containers: cultivate plants that last a while and yield well for the space.

For example, if you have a choice between bush and pole beans, choose the latter. Bush beans are nice in long rows, but have a stupidly small yield in a pot. Waiting 60 days for 8 beans is rather silly.

If you put up a trellis, however, and plant something productive—like snake beans or other pole beans—you’ll be picking for a longer season and eating a lot more for the space.

“5 Reasons Your Green Beans Are Thriving (When Nothing Else Is)”

“How to Grow the Amazing Snake Bean”

This raises another good point on gardening in small spaces: by going vertical, you gain a lot of space. Cucumbers are excellent for patios. You can even pull off cantaloupes if you’re clever.

Beyond annual crops, containers are excellent for growing perennial species and plants that don’t normally grow in your climate. I used to keep a coffee plant in a pot on my back porch. If I planted it in the ground, it would die during the first winter—but because I kept it in a pot, I could grow coffee (albeit in a limited manner) way outside its range. Great patio plants include citrus, dwarf papaya, hot peppers (they’ll live for years with proper care), strawberries, blueberries, aloe, and a wide variety of herbs like rosemary, oregano, and mint.

Even if you just want a source of fresh greens and aren’t willing to tend long-term plants, a half-barrel planter filled with kale, lettuce, and spinach is a good way to add to your meals.

“How to Grow Kale (With Recipe)”

“Growing Spinach: Pack a Punch in a Little Bunch”

During loquat season here in North Florida, there are many thousands of trees that go unpicked. The same is true during citrus season. And don’t get me started on pecans, pears, mulberries, and persimmons!

A lot of people aren’t interested in preserving their harvests or even in doing more than eating the occasional fresh fruit off their trees.

Plenty of great trees were planted by long-dead homeowners and ended up an unappreciated denizen of another owner’s landscape. I’ve seen great pecans growing behind a Taco Bell, sampled kumquats in a commercial property by the highway, and visited a venerable old fig tree growing untended at the edge of a church parking lot.

Sometimes you can simply show up and harvest, as in the case of foreclosure properties or trees on public land. Most of the time, however, you need to get permission. Walking around the neighborhood and making friends is a great way to start. I’ve had baskets of pears and bushels of citrus just for the asking. The former were turned into brandy; the latter, juice and marmalade.

Another form of modern gleaning is dumpster diving. A lot of produce hits the dumpster in perfect shape. If there’s one bad potato in a bag, the whole bag is tossed. The same is true of apples and other fruit. When I lived in the city, a friend and I had a couple of regular routes worked out and we ate better than we had any right to. Plus, if you know how to can or dehydrate, you’ll be able to eat year-round without ever digging a hole.

No, it’s not gardening. But you can get good produce with a little hunting.

In this picture, I am building garden beds on borrowed ground that was free for the asking. 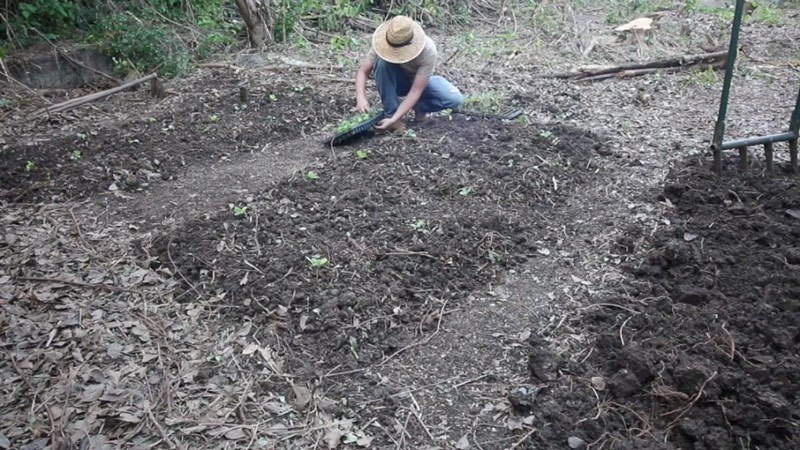 Just like fruit, sometimes land can be had for the asking.

If you dress nicely, speak well, and promise to share a little of what you grow, there’s often a landowner who will be more than happy to let you plant a patch of earth on his property.

In my old neighborhood, there was a farmer who grew crops across quite a few acres—and only owned a few of them. Most of the land he farms is lent to him for free just so the property owners can enjoy lower taxes by getting an “agricultural” exemption on their bill. They save thousands and the farmer makes thousands. It’s a perfect match, there for the asking. Though most of us won’t be growing on that scale, it goes to show that there are often work-arounds for being landless.

I have gardened on a friend’s property, on my parents’ property, on rental properties, in the expansive backyard of a former uncle’s property, and on a building lot which will be filled with an expensive home at some point in the near future.

I once gave a talk to a survivalist group about an hour from my old home in North Florida. They met at a local church and brought in a variety of experts to talk about different aspects of prepping. While there, the pastor’s wife took me around back of the building and showed me the community gardens her congregation (and friends from the neighborhood) had built.

There, on a small patch of land, they had constructed a greenhouse and multiple handicapped-accessible tall raised beds; done some work with hydroponics; and were planning to start adding trees and other long-term perennials.

Not only were they growing food, they were growing relationships. There’s a benefit to that thinking that runs far beyond food production. It means you can share ideas, keep an eye on your fellow gardener’s crops when he or she is away, and split fertilizer and compost expenses while pooling your time to attack larger projects.

Though the ideal situation is to farm your own acreage, we don’t live in an ideal world. Containers, gleaning, and borrowed land provide a few options for those of us who want to bring forth energy and nutrition from the soil but don’t have the space.

Don’t let your situation keep you from growing or harvesting food. Keep your ears open for land opportunities, buy a few buckets, and watch for overloaded trees going untended.

It’s way better than going without any gardening at all. That would be a sad, sad life.