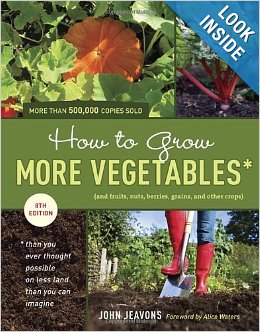 What Do You Want To Ask John Jeavons?

I have setup a phone interview with John Jeavons – yes, the man behind of amazing Grow Bio-Intensive gardening method – which is the most complete system for individual food self-reliance.  He is also the force behind all the research on family-scale food production over at Ecology Action.  And author of the bible on growing food “How To Grow More Vegetables Than You Ever thought Possible On Less Land Than You Can Imagine”.

I told John that I would be collecting your questions for the interview.  What would you like to ask John?  Here are some of the questions I have (and I am working on a long list);

Please enter your questions in the comments box below and I will post the interview as soon as it is recorded!