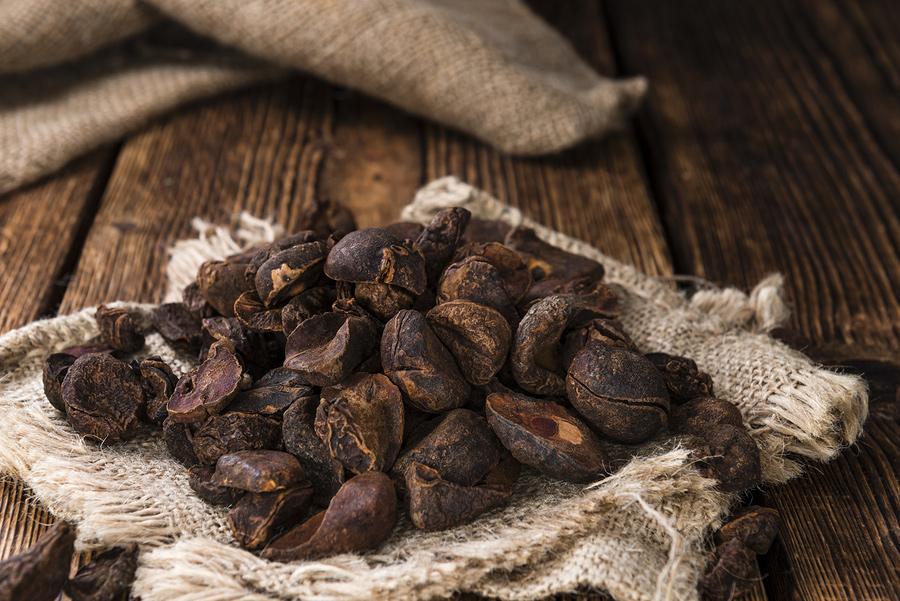 The Reason Why Kola Nut is Healthy, But Cola is Not

I love to answer questions. My brother Scott says it is because as the oldest brother, I like to be a know-it-all. I certainly cannot agree with that, but I do love being able to share knowledge and information with others, so maybe there is some truth in what he said. Whatever the case may be, it remains that I love to be able to answer questions and I am really grateful to all of you out there who have sent in questions to my Phytonutrient Blog. I’ll continue to answer questions as you send them in.

One such question was sent in by Laura P. of San Antonio, Texas – and I’d like to answer it today.

Q: “I’ve heard you speak a couple of times and I really love the information you have to offer but I do have a question. You say that drinking a bottle of cola is not the healthiest choice because that cola is the same as eating 22 packs of sugar, I agree that is not healthy! I was reading your book and you mention the benefits of the kola nut, you say it is quite healthy. I am confused, should I drink cola or not?”

A: This is a fair question. I have often compared drinking a 20oz soda to downing 22 packs of sugar – it’s true and it’s not at all healthy! I recommend drinking fresh, clean water whenever possible. Enjoy the occasional soft drink, just do not allow yourself to drink these drinks every time you are thirsty – that can lead to all kinds of problems!

More on the kola nut: You may be surprised to learn that the kola nut (aka kolanut) is the origin of the word “cola,” and that the tree on which it grows is believed by some Nigerian tribes to be the first tree on earth. Apparently even mother nature enjoyed “a Coke and a smile”!

Seriously though, this nut is how the first cola recipe received its caffeine kick. So it is no wonder many people thought it was “medicinal.” Today, your typical cola recipe uses an artificial flavoring plus added caffeine. This does not give you the same phytonutrient benefit as the old drinks made with the actual kola nut but you can still find real kola nuts being used in higher end soft drinks, specialty ‘health’ drinks and in products like energy bars. Actually, you can also find it as a common ingredient in many natural medicinal remedies.

The History of the Kola Nut

The kola nut, also known as cola acuminate, is a caffeine-rich nut that is native to tropical Africa. In these regions, the nut is considered a symbol of hospitality and kindness. Though nearly tasteless on their own, kola nuts are often chewed before meals to help promote digestion and to help counteract possible ill effects from tainted drinking water.

The kola nut is a stimulant in its own right, containing 1.5% – 2% caffeine, plus theobromine, which increases cerebral circulation. Theobromine is the phytonutrient alkaloid compound that can be found in members of the Malvaceae, or the mallow plant family. These are a family of flowering plants estimated to contain over 4000 species. Among the most well-known members of this family are cotton, okra, marshmallow, cacao, kola nut and hibiscus. The theobromine these plants contain naturally contributes a sense of alertness and well-being to us when we eat them. The combination of caffeine and theobromine may be a contributing factor for the mild sense of euphoria that’s often reported after chewing the kola nuts or eating chocolate.

Medicinal Qualities of the Kola Nut

In addition to being a stimulant, the kola nut can help increase oxygen levels in the blood and promote better concentration and a “clearing” of the head. The kola nut also serves to “drive” other herbs into the blood. It is why you will see this ingredient used in many medicinal tinctures to help increase the effect of the entire formula.

The kola nut may also help prevent and fight infections. Research published in the 2004 edition of Phyto-therapy Research showed that the kola nut was effective at reducing the growth and development of members of the mycobacterium species, the bacteria responsible for illnesses such as meningitis and tuberculosis.

One of the oldest medicinal uses for the kola nut is to use it as a natural remedy for chest colds. And modern research has shown that it is effective in this regard. The kola nut helps by enlarging the alveolar ducts and sacs (small air bags in the lungs where oxygen and carbon dioxide are exchanged with the blood), as well as by improving the strength of the fibers in the lung tissue.

Read more: Coon Cuisine – Would You Eat a Raccoon?

The kola nuts may even offer a natural weight loss benefit. In a study published in the Journal of Physiological Sciences, it was found that steady intake of kola nut can actually reduce food intake, and therefore body weight, without altering water intake. This is thought to be due to the caffeine in the nuts reducing the appetite. Other studies have found that the intake of kola nut can increase the body’s metabolic rate by as much as 118%. Kola nut extracts also contain nonsteroidal plant compounds that have the ability to induce the death of cancerous prostate cells and may modulate prostate growth and function. All great news!

Kola nuts are often ground into a powder. Because the whole nut stores caffeine much better than the powder form, it is recommended that the nut be ground right before use or preserved in tincture form. Kola nut powder can be added to coffee to increase the caffeine content, and can also be consumed in tea. The powder is also sometimes taken in capsule form.

Finally let me stress again that I certainly DO NOT recommend drinking carbonated cola on a regular basis for any perceived health benefit. No, no, no! Far too many studies have shown that there is a direct and immediate relation between sweet carbonated beverages and weight gain leading to poor health. What I am saying is that there is real benefit to consuming some kola nut in your diet. While it is not realistic to think that as phytonutrient gardeners we can all grow our own kola trees, it is worth considering the inclusion of kola nut extract or powders in what we do eat!