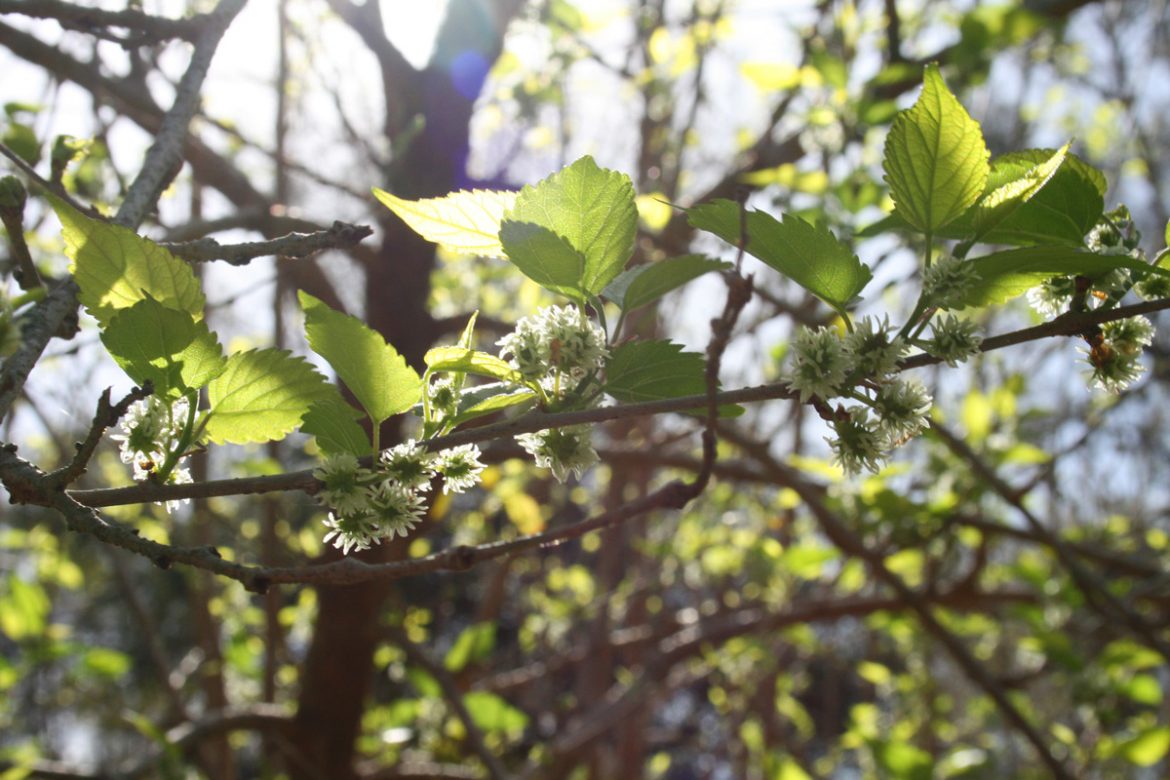 I inherited my mom’s place in Citrus County Fl. She let her mulberry grow out of control and fruit really, so when I moved in August 2016, I wanted to salvage the tree if I could. Read that I could severely prune it to a height that I could reach and I did…holding my breath! The article said that severe pruning like that might delay fruiting for a season…BUT no! GOD had other plans. It fruited the most delicious and abundant (enough for me) crop I have ever had the privilege to eat!

So now this year I am wondering when to lob off the skinny branches. In July was I supposed to “pollard” to six leaves…I didn’t look up what that means…but I didn’t know to do it. It actually tried to put out fruit this week …weakly. But as you can see I cut the main trunk to leave the branches I could reach. And just now tied down 4 more limbs to reach next year… I know I should not prune limbs that are real low. But when to prune the ones that are reaching to heaven; like what happened to the original tree…very quickly became a giant!

I read some of your articles on the subject and want to grow a whole lot more trees!” 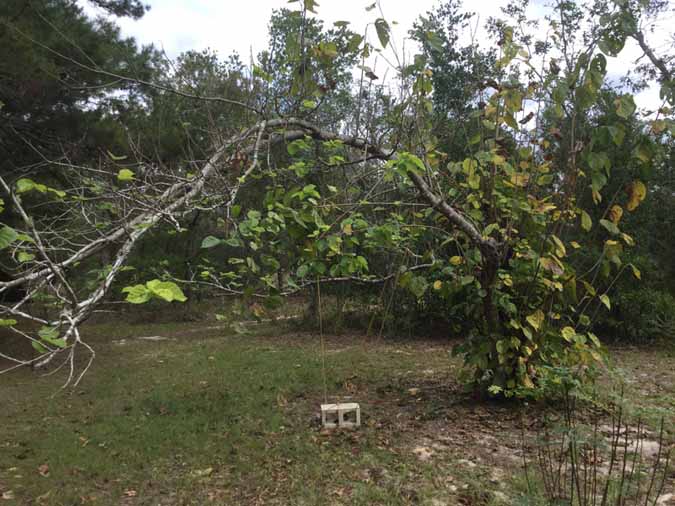 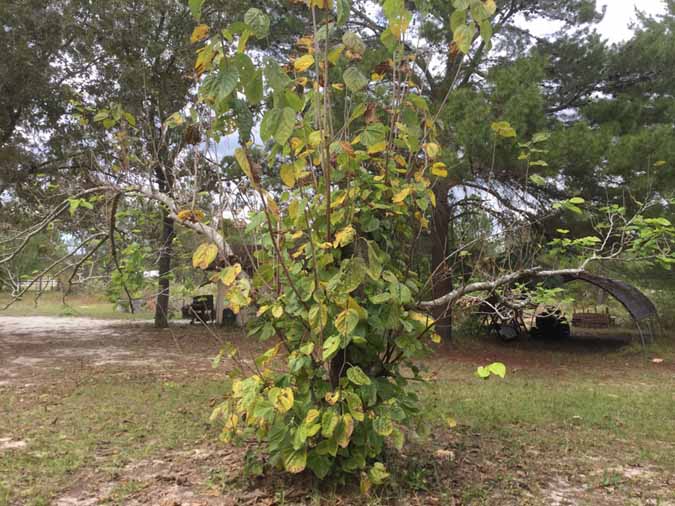 What a mess! Trees do what they want, don’t they? I’ve pruned back fruit trees before and been rather horrified by the insane amount of re-growth.

Those trees were chainsawed to the ground multiple times, then they came back and fruited.

Mulberry trees go to sleep in the winter and drop their leaves. The form of a tree without leaves is much easier to assess than one laden with leaves.

Once you see how all the branches are growing, it’s easier to picture a better shape you can shoot for.

Then, Cut and Bend

In North Florida I usually did my pruning in January/early February before my fruit trees awakened from their winter dormancy.

I would pick an uneven number of branches to save, then cut the rest. Cut weak branches, super-skinny branches and crossing branches to open up the space somewhat. Leave perhaps 5-7 decent branches behind to spread out and become the new canopy.

With peaches, you’d normally leave 3, but mulberries will bear a lot of fruit and each branch is a potential source of berries.

Once I have my new leaders, I bend them sideways and tie cinderblocks to them to “festoon” them. I noted the cinderblock in one of your photos and wondered if you were already pursuing this tack. Here’s a mulberry I pruned and tied in this fashion: 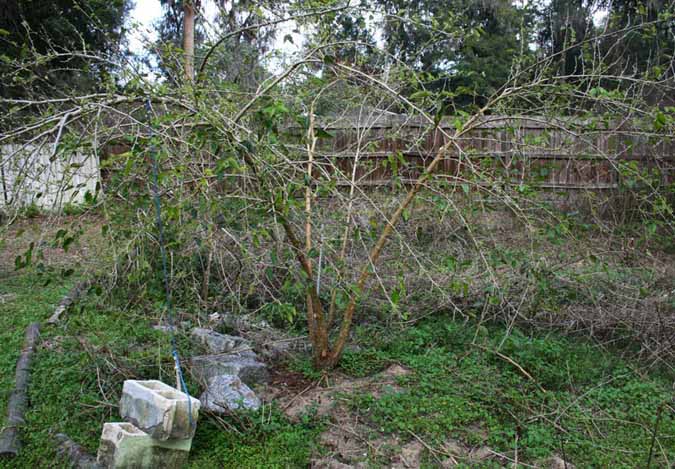 And a peach tree I festooned similarly: 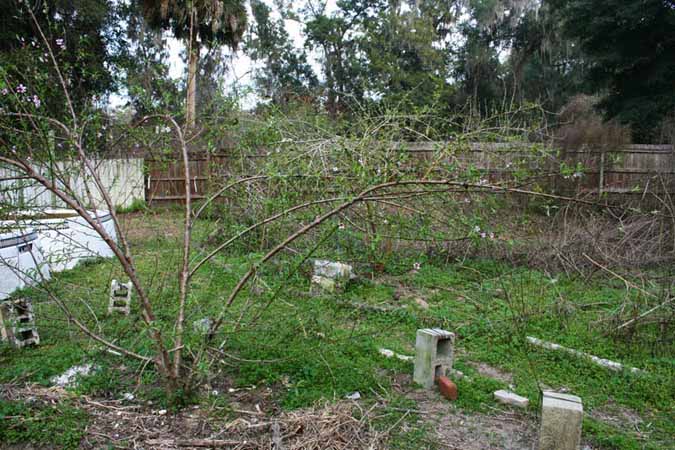 I like those long sideways branches. They produce more fruit than branches that head straight up, plus they are easier to pick.

Eventually, the branches harden up at the angle they are bent, and then you can remove the cinderblocks—or you can pull them farther down and re-tie. I would take a few of your big branches and bend them out away from the large sideways branches you already have growing. That should add some balance to the shape.

Know that the tree will send up new shoots straight off the top of the bent branches. You can prune some of those, bend them, or just ignore them as you wish. Mulberries can be shaped up at any point during the year, though I leave severe pruning for winter.

Don’t worry too much—it’s hard to make a mulberry unproductive.