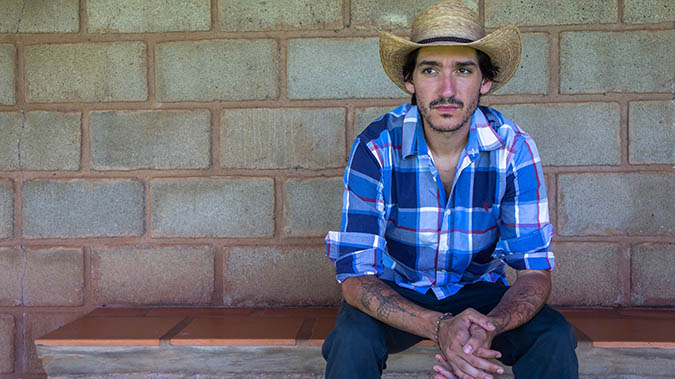 From Table to Farm: ‘The Adventure of My Life’

For a 28-year-old pastry chef who has lived, worked, and studied across the globe, Matheus Sborgia has a surprising definition of “adventure.”

“I traveled the world for 11 years before finally returning home to Brazil to take on the adventure of my life—to become a grass farmer,” he says.

Read on to learn more about his journey from table to farm.

Learn More About Terras Caipora Here: https://www.catarse.me/nossa_terras_caipora_fd2c?ref=project_link (Scroll down for the English version of the page.) 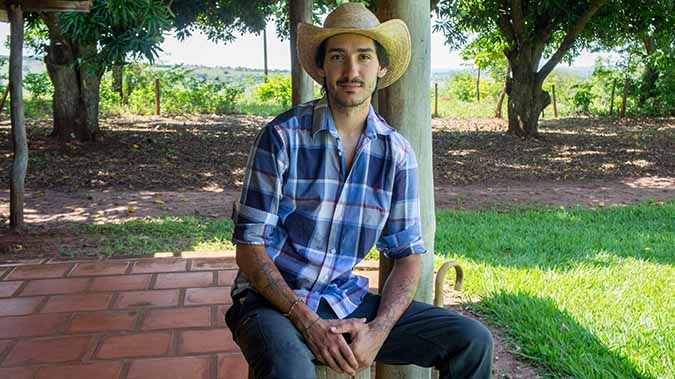 Tell us about your background—where you grew up, your education, and what career or life path led to your decision to pursue small-scale farming in Brazil?

I was born in a country town called São Simão, Brazil. I am a former pastry chef and a graduate at the University of Gastronomic Sciences (UNISG) in Pollenzo, Italy. I travelled the world for 11 years before finally returning home to take on the adventure of my life — to become a grass farmer.

It all began when I went to Australia to study English, leading then to a culinary career. I spent years learning and mastering my pastry skills in high-end restaurants in Australia before embarking on an unforgettable experience at Noma, a two-Michelin-star restaurant in Copenhagen, Denmark. There, the food scene was completely different, and I started to see food in a new light.

After spending long hours inside different kitchens, I started to question my future. Going back to University was my main desire, but I didn’t know of any place where I could combine my food background with my academic interest. It was then that I came across UNISG, a place where gastronomy is not seen as a luxurious limited idea—where food is not simply expressed by incredibly expensive dishes, fancy restaurants, and elitism. Gastronomy is instead treated as a crucial element of history, culture, and tradition that emphasizes farmers, families, and the importance of women in defining our traditions.

Gastronomy as an agricultural act defines our identities, preserves biodiversity, and is accessible to all of us.

The years I spent in Italy brought me closer to the soil and made me appreciate food in a simple way, where food became the center of everything. I realized then how important farmers and small-scale producers are, and the role they play in healing the soil of the earth.

Roughly two years ago, I inherited a farm from my grandfather in the central west part of Brazil. After being embedded in the food industry for so many years, going back home to reconnect to my land and look after this farm was the most reasonable choice I could make. And now here I am. 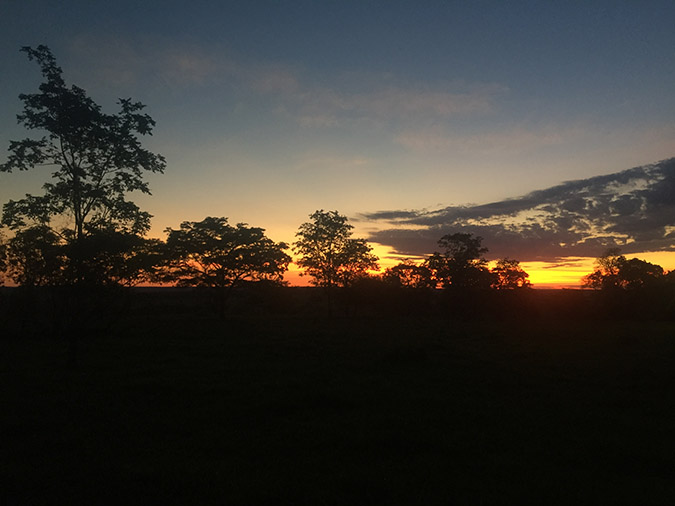 What are the main principles you are following and values you are embracing while developing and running your farm?

My main concern is feeding the soil and hoping it will feed me back. By “feeding the soil,” I mean creating the best conditions to make it healthier, preventing tillage, and using the animals to do all the hard work. Pigs, chickens, and ruminants all have their role in nature. Observing them is what I really enjoy doing. Then all I have to do is let them be themselves at the right place and at the right time.

Today, I also hear people talking about carbon farming. That’s something I am definitely looking at. Soil has great potential to sequestrate carbon from the atmosphere and, if not disturbed, soil can trap tons of carbon in a very stable form. The biomass aboveground plays a very important role in this carbon cycle. This is what I mean when I say I’m a grass farmer. I can’t let my soil go bare. I need to make sure it is always covered with perennials—and all the animal will do is trim it and feed it with natural fertilizer.

What immediate steps are you taking to get Terras Caipora up and running?

I am literally just starting. My grandfather used to lease the pasture for other ranchers. So really I am starting with the land, a house, and a few horses.

My immediate step is recovering the land through proper animal management. Let me explain. There is a very well-known grazing system called Voisin, which basically creates a symbiotic relationship between animals and grass, respecting the needs of both these elements. It involves providing the animal with a perfect environment in which to eat his grass and, at the same time, giving the grass an optimum resting period before the animal meets the grass again.

I’ll be doing that by using electric fencing to divide the farm into many smaller paddocks, so I can rotate the animals every day. In the U.S., this is already very common. I’ll basically use the animals to feed the land with very healthy manure and wait to see what happens.

Within this same rotational system, though, I would like to cultivate local varieties of corn, cassava, sugarcane, squash, and beans. I plan to create a circular food system that sustains itself. 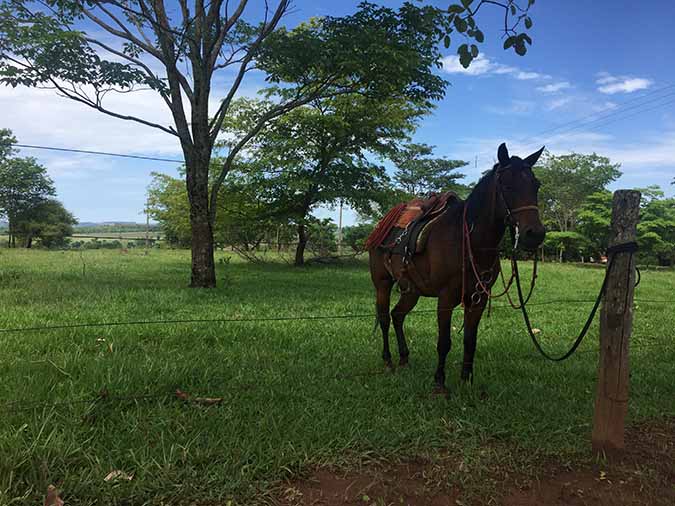 How would you describe the Brazilian mindset toward organic and sustainable farming?

That’s a good question. Here, “organic” is viewed more as a trend for high society than as a lifestyle that everyone should have access to. Our fight against “-cides” in Brazil is big. We use tons of them every year, and people barely talk about it. And let’s not even go into GMO’s.

There is, however, a strong movement of sustainable farming happening everywhere—but still not enough to feed everyone. It reaches very niche markets and bypasses a great part of the population. Certifying organic is not for everyone. I am sure there are thousands of producers doing incredible things, but they can’t afford the green label.

What challenges are you facing as a small-scale, independent farmer in Brazil?

Government help is very limited. It’s definitely a challenge for me as I still haven’t found any sort of fund to help me out. There are almost no incentives for young farmers and those that exist are really difficult to get.

Also, corporations control the market, like in most places. Manufacturing raw material is almost impossible on a small scale, as the laws favor only large-scale production. Taxes are high, and infrastructure is expensive and limited. The country is extremely big, so the European culture of going straight to a producer to buy goods almost doesn’t happen here.

Then, we have the climate issue. We’ve just had one of the worst droughts in history in the central west part of Brazil. How much worse will it get?

In your wildest dreams, how will your farm and passion for sustainable farming benefit the world?

I would like to contribute a lot to the region I am in. If my plan of protecting biodiversity and trapping tons of carbon from the atmosphere works out, and other famers around this area start farming with the same concept, I think the world would see tremendous benefits from it. 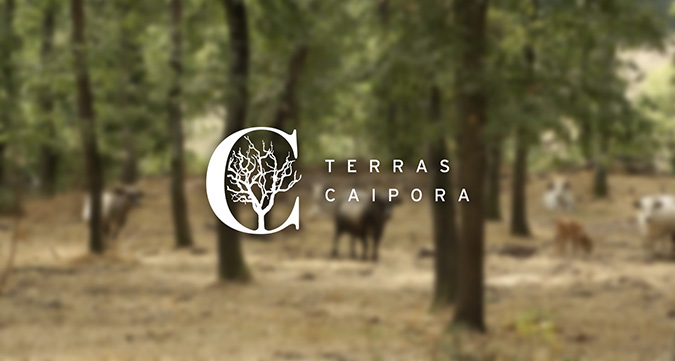 How can people support your work at Terras Caipora?

I’ve recently started a crowdfunding campaign that goes for another week or so. I thought that would be the best strategy before thinking of a loan. It is a FLEX campaign, so regardless of the total amount donated, the campaign will still be “funded.” The platform, unfortunately, is only in Portuguese, but I’ve written the whole project in English as well.

The link for the crowdfunding campaign, which ends November 15, 2018, is:
https://www.catarse.me/nossa_terras_caipora_fd2c?ref=project_link (Scroll down for the English version of the page.)

Do you have any questions for Matheus? If so, feel free to leave them in the comments below!