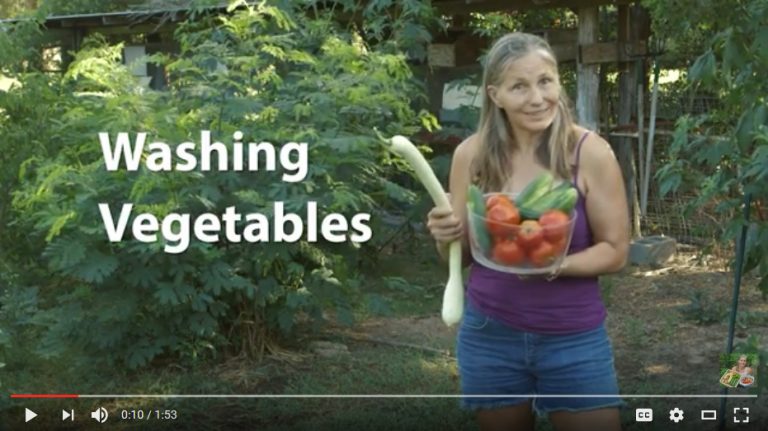 Homesteading Basics: Should You Wash Your Vegetables in the Shower?

Did you ever see the episode of Seinfeld where Kramer decides to multitask by washing his vegetables in the shower … while he showers? The way Kramer sees it, he’s saving time and conserving water. He even goes so far as to have a garbage disposal installed in his bathtub.

It’s a classic bit of comedy, and it is the inspiration for our latest episode of “Homesteading Basics.” Here’s Marjory:

No Chemicals, No Problem

One of the biggest reasons for washing off produce is to remove the residue of the various chemicals left behind by industrial agriculture.

But if you’re growing your own organic vegetables without using synthetic chemical fertilizers, pesticides, and herbicides, then you obviously don’t need to worry about washing any chemicals off of your homegrown produce.

You May Also Like: “15 Simple and Inexpensive Homemade Fertilizers”

Then again, if you’re growing your own organic vegetables, there’s a very high likelihood that you’re using animal waste as fertilizer. Some folks use chicken droppings, some use rabbit pellets, some use horse apples…. There is often a lot of poop involved in organic growing.

If you’re using any sort of animal product as a fertilizer, then it’s important that you wash that fertilizer residue off of your produce before you consume it. This is especially important for leafy greens and anything else that lives and grows down close to soil level—where soil and soil amendments are more likely to splash up onto leaves when it rains or during irrigation.