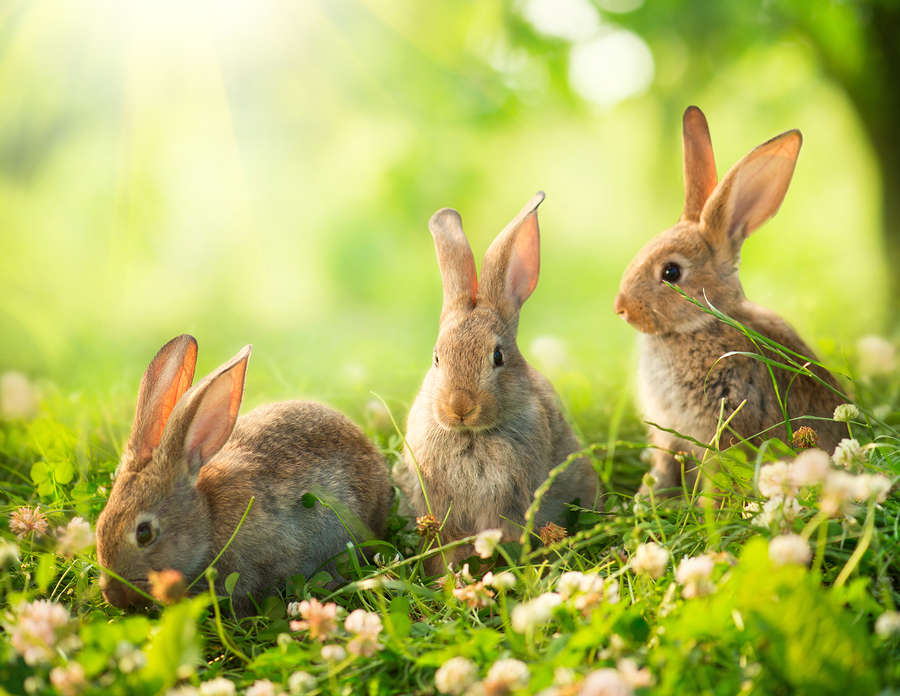 This is an entry in this month’s contest “What Inspired You To Start Growing Your Own Food?”.  Be sure to rate this article!

Growing food in Suburbia brings its share of challenges and a pretty steep learning curve, especially when you haven’t gown anything other than lawns and bushes for more than 25 years. As part of my particular learning curve, I have leaned 3 very valuable lessons. These 3 lessons are building soil, edible landscaping and how to motivate kids to help grow food.

Up through my early 20’s, my grandparents owned a large farm that I spent a great deal of time on. They had acres and acres of hay, wheat, field corn and sweet corn. They also raised a small flock of sheep and a small herd of beef cattle. They also had a half-acre plot of strawberries right next to the half-acre vegetable garden. My parents never gardened while I was growing up so my only real exposure was to large-scale food production.

Fast forward to now and I am in my mid-40’s trying to learn to grow food on a much smaller scale and trying to teach it to my two sons as well. Also, I am trying to do all of this with the challenges that comes with suburban living, which does bring me to first lesson I had to learn: building soil.

We bought our home, which had just been built in a brand new subdivision, in 2001. Like all good homeowners (or so I thought at the time) I soaked my lawn throughout the year with chemical fertilizers and herbicides. Also, as I later discovered, at least here in the Midwest, when a new area is built on, the first thing the contractor does is scrape up all of the top soil. It is a valuable commodity that the contractor makes money off of as well.

In 2009, I decided that some changes were needed in our lives as a family and this change was going to start with food. However, as I tried to plant things straight into the ground, most of it wouldn’t grow, even when I added some garden soil and you guessed it, more fertilizer.

I didn’t remember a lot about growing food from my days on the farm but one thing I always remember is how prevalent worms were in our garden there. I used to dig for worms in dark, rich soil to go fishing with and I never had to dig long to find more than what I needed. I noticed that the dirt in my yard was hard, dry and crumbly with a sickly looking grey color to it. Also there were no worms; not even in my flower beds. My soil was dead!

The lack of top soil along with all of the chemicals I had used killed any chance of serious productivity for the foreseeable future. I finished that season by growing some things in containers and then spent some time researching other options during the following winter.

I spent time researching various websites and forums for sound gardening advice and many were touting raised beds using the square-foot gardening method made famous by Mel Bartholomew. So, my boys and I built 2, 4×8 raised beds and installed them in the spring of 2010. I bought bags and bags and bags of the ingredients recommended for a productive garden (which was quite expensive!) and mixed it all together. Unfortunately, I got mediocre results at best and was very frustrated.

That winter I spent even more time investigating ways to make my garden more productive and that was when I had my “V-8″ moment. Through a variety of sources, I realized that I was not doing what I needed to so that my soil would do what I wanted it to. So I made 4 key improvements. First, I created a compost pile. I also received a compost turning barrel as a gift and I make a new batch every couple of months, except winter. I regularly add compost to my plants.

Second, I mulch everything with 2-4” of various mulch, mainly straw and wood chips. This keeps the soil around my plants from drying out and does help with weed suppression some, especially when my plants are really young.

Third, I learned how to properly sheet mulch. To sheet mulch, you lay out the area that you want to turn into a garden area, cover that area with a good quality compost, cover the compost with 1 to 2 inches of cardboard, and then cover that cardboard with 3-4” mulch made out of wood chip or straw. It’s a really good idea to do this in the fall and then everything can decompose together over the winner. You can then plant directly into your sheet mulch area and continue to use other compost as well as mulch to continue to grow the soil. Also, sheet mulching can be done so much cheaper and quicker than raised bed gardens. At least that has been my experience.

The fourth key ingredient is worms! I’m talking about worms from two different aspects. The first aspect is creating a worm composting bin or system. I ordered red wiggler worms of the Internet and have created worm bins using various buckets. You can find designs and plans online and on YouTube. I feed the worms using old vegetable and fruit scraps that I have chopped up and let left sitting in a separate bucket it for a few days before I give them to the worms. I personally have found that the worms like this method better rather than just dumping scraps into their band. The second aspect of worms is that I would dump leftover night crawlers from when my boys and I would go fishing into my grow beds. Since I quit using all chemical fertilizers, herbicides, and I have done better with mulching and compost, all of my grow beds, including the landscaping areas, are now filled with worms.

Recently I have added a fifth aspect to growing better soil. Over the past two years my sons and I have gotten into fishing a lot more. Now when we bring fish home and clean them, we bury what’s left in our garden beds. Fish carcasses do wonders to help build a good soil. I know the Indians used to do this so many years ago but it was a lesson I learned from others since I did not know much about how the Indians would grow food.

As I mentioned earlier, there are some additional challenges to living in a suburban community. One of the greatest challenges is being able to get along with your neighbors. Something that helps you really get along with your neighbors is how your house and yard look, especially the front yard. Also, many suburban neighborhoods today have homeowners associations. Obviously these associations come with rules, many of which most of us don’t like. However if we choose to live in those neighborhoods we need to abide by those rules. In regards to homeowners associations and neighbors, one of the quickest ways I have seen neighbors get pitted against each other is over how the front yards in the front of houses are kept. Whether you agree with this or not, this is reality in a lot of suburban settings. So, if you are going to live in these settings, then you need to understand that ahead of time.

One way that I have found to get production out of my front yard is to use edible landscaping. Rather than just grow an assortment of flowers and shrubs, I have planted apple trees, various strawberry plants, roses, and herbs such as lavender. Later in the summer I will also plant garlic. Not only do I have beautiful landscaping, it is also a food source and has encouraged some good conversations with my neighbors. I personally find great joy in the neighborhood kids stopping by to play with my sons, and also picking some fruit to enjoy. When it comes to edible landscaping your options are pretty much endless. I am personally looking at adding blueberry bushes and some other herbs into my front yard landscaping.

The final lesson in suburban gardening that I want to share applies not only do suburban gardening but to any food production adventure. This has to do with getting your children to participate. Initially I was frustrated at the lack of enthusiasm and willingness to work in the garden areas by my sons. Both are still pre teens and obviously want to focus on anything and everything but work. However, almost by accident, I found a way to get my boys to help me in the garden areas and to eat what we grow. Just a few short years ago both of my sons were very picky eaters. One hated tomatoes and the other would have nothing to do with strawberries. But one day they each helped me to harvest quite a bit from our garden. As we laughed, joked, and spent time together, some of the produce was getting eaten as fast as we could pick it. The boy who hated tomatoes couldn’t get enough of the cherry and grape tomatoes straight from the vine. My other son that used to hate strawberries now loves to pick them from our landscaping and eat them fresh.

I have even been able to sneak some spinach and parsley into their fresh cut salads. Either they haven’t noticed or it tastes so good they just don’t care. But both of them used to hate salad as well and now don’t anymore. Being able to reap a harvest has inspired them to not only eat the stuff that we grow but also the help with the planning and preparations. They now get to see stuff grow that just a few weeks before was nothing but a seed. My oldest son, who is homeschooled now, even wants to build an aquaponics system this fall as part of a school project. We will put it in our basement area so we can have various wholesome veggies all winter long.

I don’t have all of the answers and know that I still have so much to learn. But, hopefully some of my hard-earned lessons can help others to shorten their learning curve.

The prize for the winner of this months contest is valued at $100 and includes a copy of the “Grow Your Own Groceries” video set,“Alternatives To Dentists” video set, and 3 months of free membership in the Core Community.  If you want to enter this month’s contest, write an essay on “How You Got Started Growing Food” and submit it here at this link: http://growyourowngroceries.org/contribute-here/