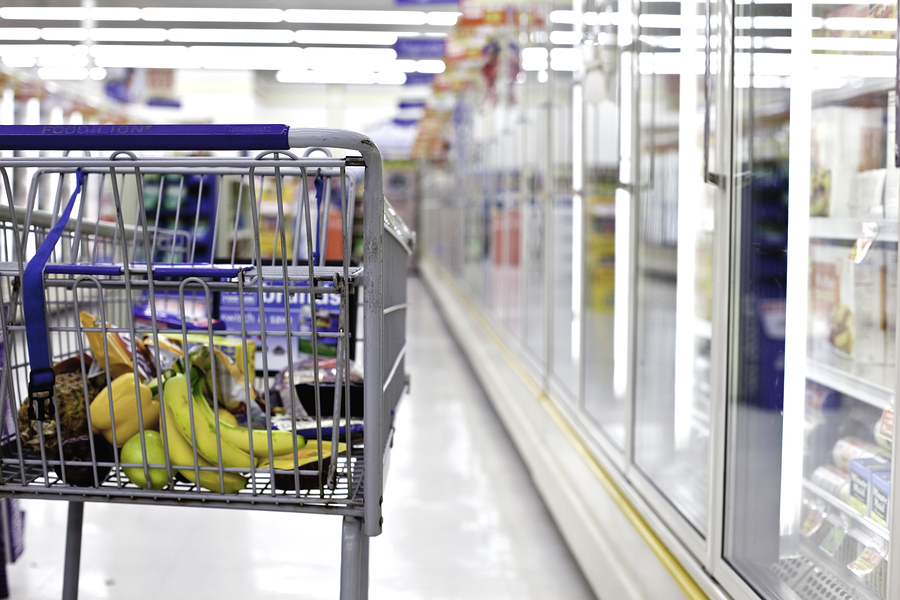 Why Food Prices Are Going To Start Soaring

Did you know that the U.S. state that produces the most vegetables is going through the worst drought it has ever experienced and that the size of the total U.S. cattle herd is now the smallest that it has been since 1951?  Just the other day, a CBS News article boldly declared that “food prices soar as incomes stand still“, but the truth is that this is only just the beginning.  If the drought that has been devastating farmers and ranchers out west continues, we are going to see prices for meat, fruits and vegetables soar into the stratosphere.  Already, the federal government has declared portions of 11 states to be “disaster areas”, and California farmers are going to leave half a million acres sitting idle this year because of the extremely dry conditions.  Sadly, experts are telling us that things are probably going to get worse before they get better (if they ever do).  As you will read about below, one expert recently told National Geographic that throughout history it has been quite common for that region of North America to experience severe droughts that last for decades.  In fact, one drought actually lasted for about 200 years.  So there is the possibility that the drought that has begun in the state of California may not end during your entire lifetime.

According to NBC News, businesses across the region are shutting down, large numbers of workers are leaving to search for other work, and things are already so bad that it “calls to mind the Dust Bowl of the 1930s“…

In the state’s Central Valley — where nearly 40 percent of all jobs are tied to agriculture production and related processing — the pain has already trickled down. Businesses across a wide swath of the region have shuttered, casting countless workers adrift in a downturn that calls to mind the Dust Bowl of the 1930s.

If you will recall, there have been warnings that Dust Bowl conditions were going to return to the western half of the country for quite some time.

Now the mainstream media is finally starting to catch up.

And of course these extremely dry conditions are going to severely affect food prices.  The following are 15 reasons why your food bill is going to start soaring…

#1 2013 was the driest year on record for the state of California, and 2014 has been exceptionally dry so far as well.

#2 According to the U.S. Drought Monitor, 91.6 percent of the entire state of California is experiencing “severe to exceptional drought” even as you read this article.

#3 According to CNBC, it is being projected that California farmers are going to let half a million acres of farmland sit idle this year because of the crippling drought.

#4 Celeste Cantu, the general manager for the Santa Ana Watershed Project Authority, says that this drought could have a “cataclysmic” impact on food prices…

Given that California is one of the largest agricultural regions in the world, the effects of any drought, never mind one that could last for centuries, are huge. About 80 percent of California’s freshwater supply is used for agriculture. The cost of fruits and vegetables could soar, says Cantu. “There will be cataclysmic impacts.”

#5 Mike Wade, the executive director of the California Farm Water Coalition, recently explained which crops he believes will be hit the hardest…

#6 As I discussed in a previous article, the rest of the nation is extremely dependent on the fruits and vegetables grown in California.  Just consider the following statistics regarding what percentage of our produce is grown in the state…

–99 percent of the artichokes

–half of bell peppers

–90 percent of the leaf lettuce

–a third of the fresh tomatoes

#7 Of course it isn’t just agriculture which will be affected by this drought.  Just consider this chilling statement by Tim Quinn, the executive director of the Association of California Water Agencies…

“There are places in California that if we don’t do something about it, tens of thousands of people could turn on their water faucets and nothing would come out.”

#8 The Sierra Nevada snowpack is only about 15 percent of what it normally is.  As the New York Times recently explained, this is going to be absolutely devastating for Californians when the warmer months arrive…

Marjory’s note; please also recognize that as food prices increase, the level of violence will also go up.  Here is an article that clearly demonstrates this basic principle.  No need to fear, but do prepare.