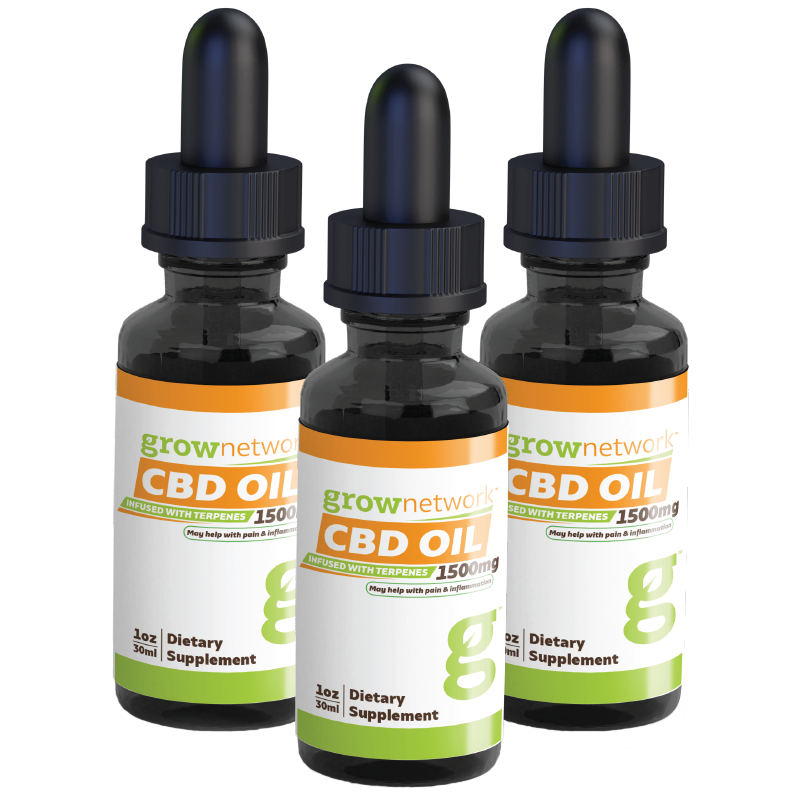 Get an extra ​27% discount on ​our already low price for CBD oil that has a 200% higher potency ​than our softgels!

Formulated Especially For Pain and Inflammation

Contains All-Natural Cannabidiol (CBD) And Other Cannabinoids,
PLUS TERPENES 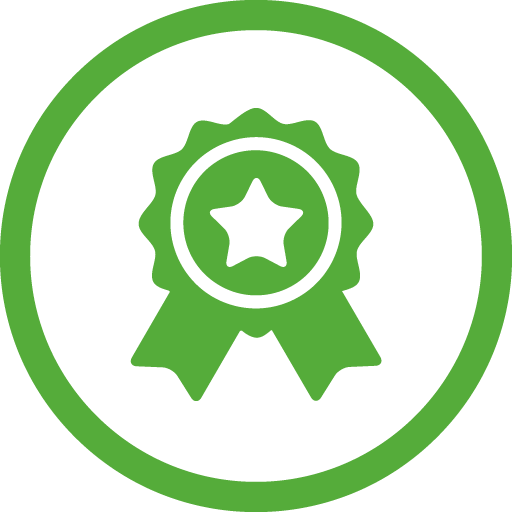 Your satisfaction is our top priority, which is why your order is backed by a 60 day money-back guarantee. 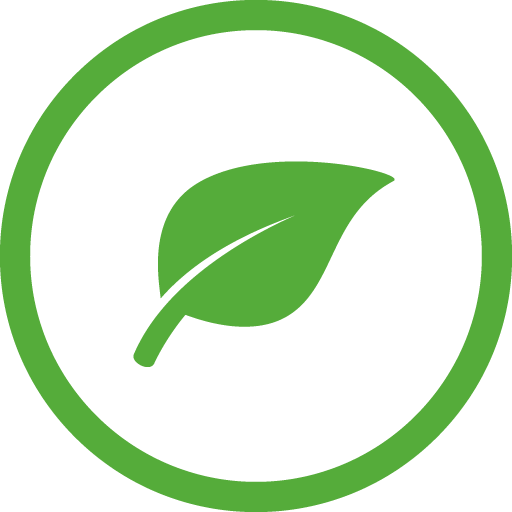 Our CBD oil is​ grown to organic standards, in Colorado and Oregon, and is tested to be free of contaminants. 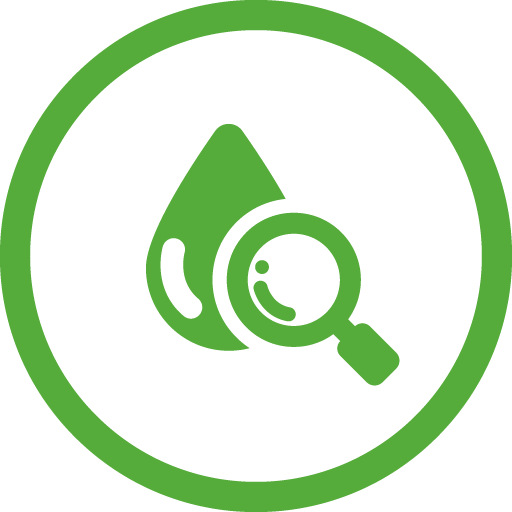 All products are quality tested by an independent third party lab, ensuring you get best product possible. 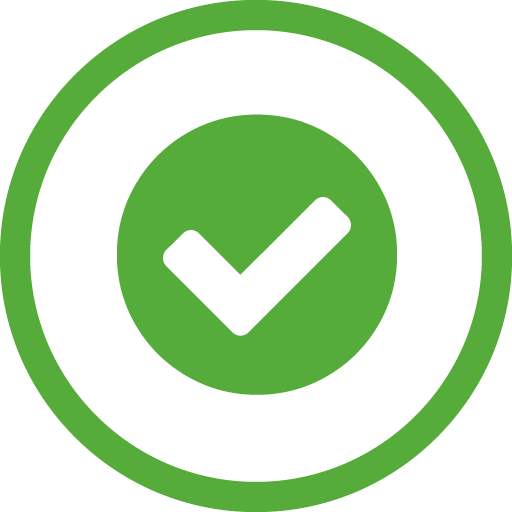 Join thousands of happy customers, and experience how Grow Network CBD oil + terpenes can help you​.

What Are CBD Oil And Terpenes?

CBD, also known as Cannabidiol, is a cannabis compound that has significant medical benefits, but does not make you “high.” The non-psychoactive property of CBD makes it an appealing option for patients looking for relief from inflammation, pain, anxiety, psychosis, seizures, spasms, and other conditions . . . without the lethargy.

Scientific and clinical research (much of it sponsored by the U.S. government) underscores CBD’s potential as a treatment for a wide range of conditions, including arthritis, diabetes, alcoholism, MS, chronic pain, schizophrenia, PTSD, depression, antibiotic-resistant infections, epilepsy, and other neurological disorders. CBD has demonstrable neuroprotective and neurogenic effects, and its anti-cancer properties are currently being investigated at several academic research centers in the United States and elsewhere.

The Grow Network’s 1,500 mg special formulation includes the TERPENE myrcene, which is known to have a powerful synergistic effect with CBD. There is a strong indication that myrcene helps CBD to more easily cross the blood-brain barrier, thus increasing the overall potency.

​These drops come in a 30 mL bottle and contain 1,500 mg of CBD + terpenes. One bottle is a month’s supply of high-strength CBD oil for typical use.
​
Myrcene is the most-studied terpene in the cannabis plant and is being proven to have many benefits to the human body. A scientific review, published by the British Journal of Pharmacology, lists a wide range of benefits that myrcene offers. Among other things, the researchers note that myrcene relaxed muscles in mice models, acted as a sleep aid in higher doses, and augmented the medicinal effects of certain cannabinoids. Furthermore, the authors found that myrcene, in combination with CBD, decreased inflammation, reduced pain, and had anti-cancer properties. 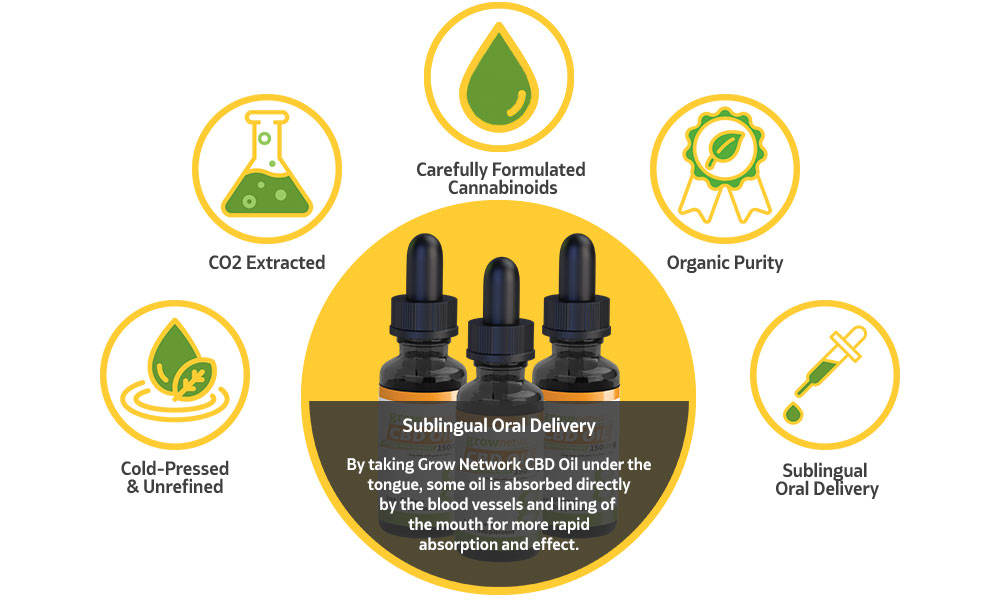 ​CBD And Your Health 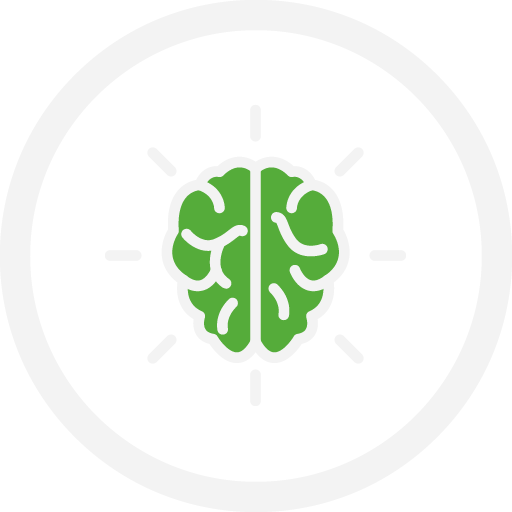 Cannabidiol promotes a healthy state of mind and general well-being. 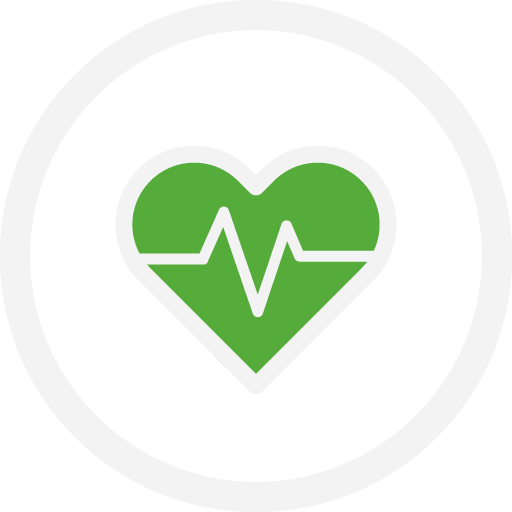 Cannabidiol is an important delivery component for promoting health and wellness. 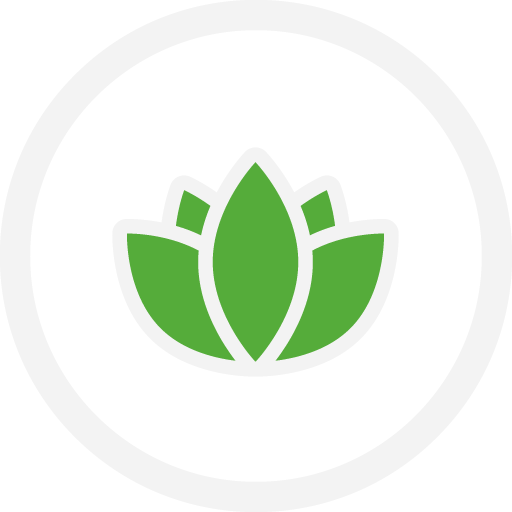 Cannabidiol helps promote and restore balance to the endocannabinoid system.

​What People Are Saying 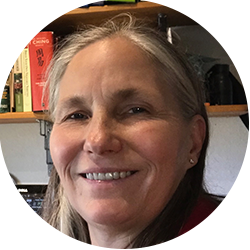 My sleep app data shows that my sleep quality has gone up 39% on average since taking the Grow Network’s CBD drops with Terpenes. As the CEO of a rapidly growing startup my job is extremely stressful and these drops really help to soothe my nerves.

I am a mom of a 10 year old with severe ADHD. We decided that it was time to take an alternate route rather than continue him on medications (i.e. Schedule II controlled substance). It took some time to get him acclimated with the change, but once it was in his system, we noticed positive results. He felt good...not drowsy, not hyper, but calm (his words). I reached out to his teacher's...they hadn't realized I had taken him off his medication, which meant that it was working just as well as the Adderall was during the school day in keeping him on track. He is now only taking CBD oil and can focus well without the nasty affects of the pharmaceuticals.

I have found that taking CBD oil from The Grow Network has significantly decreased my anxiety (I hope someday for it to all be gone). I have found myself being able to handle the chaos of my day-to-day life calmly and have even found myself trying things that I would normally never do (like an all-day boat ride on a lake where I can't see the shoreline . . . ha ha!).

For the past 10 years I've been a practicing clinical herbalist, and a naturopath. The CBD oil drops that the Grow Network carries is highly effective in my practice and in my personal use. I've seen people that are even maxed out on their opiates prescriptions find better release with this CBD product that anything else.

The Grow Network CBD oil provides me with the perfect combination of relaxation and alertness, I call it the “happy pill” because the effects are uplifting and calming all at once. I have experienced relief from low back pain, menstrual cramps, sleep, and mild anxiety. I highly recommend this product.

The Grow Network has sourced only the highest quality CBD oil made with hemp grown to organic standards. The hemp is grown in Colorado and Oregon, and is free of any synthetic or artificial ingredients. Every batch we buy as a group is tested by a third-party lab to ensure that it meets the purity standards we demand.

Our CBD oil is third-party tested for potency and quality. Our stringent testing program ensures that you receive the very best possible hemp oil. 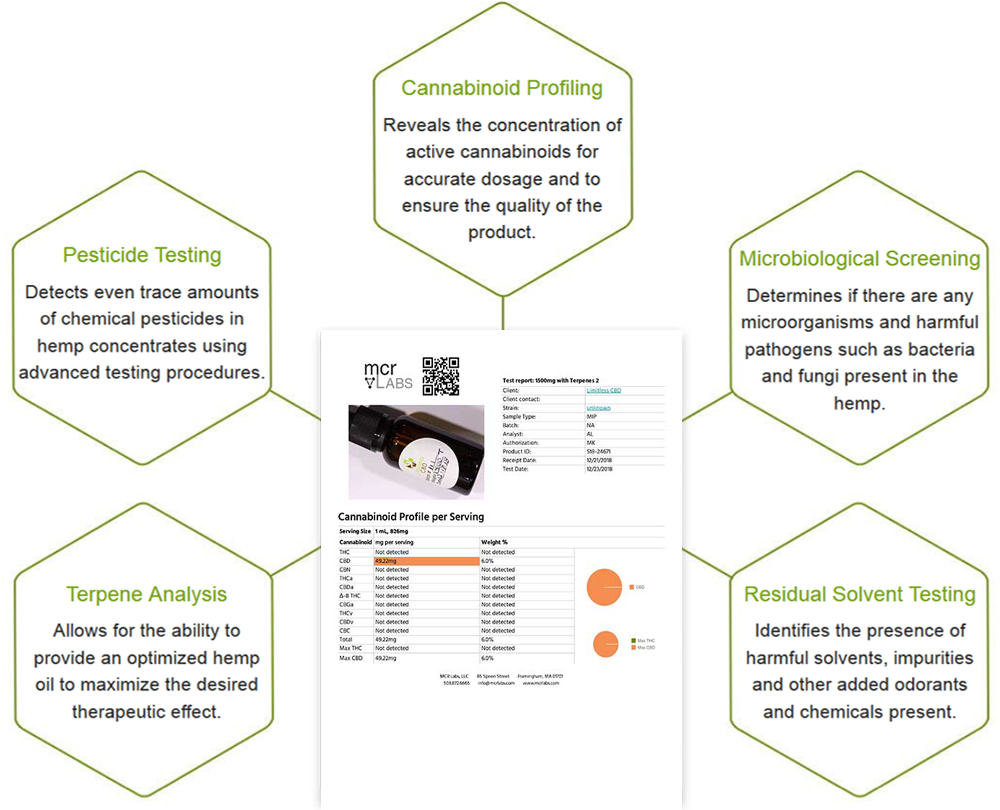 The Grow Network's products are trusted by holistic health professionals and by health-conscious people everywhere. Our products have been made using the purest, highest quality ingredients and are backed by the wisdom and principles of time-honored herbal remedies.

But, as a part of this special Grow Network Group Buy, you’ll pay only $85 per bottle!

Can't Wait For The Next Group Buy?

CBD Oil is now in our Shop! Click here to get it now at the regular low price, or subscribe to lock in your extra Group Buy discount anytime!

Get Your CBD Oil Anytime In Our Shop

​​​​​​When you Subscribe to monthly delivery, we're able to pre-process your order and ship it ​fast!

Many of you have already experienced the amazing benefits of The Grow Network's high-potency CBD Oil, and this is the perfect way to make sure you always have it on hand. ​Subscribe for any quantity​ and your order will be the first to ship during each monthly Group Buy.

Plus, we include free shipping​ for all orders!​​​

Please note: CBD Oil is available to US residents only. Due to various shipping restrictions, we are unable to ship CBD Oil internationally.

Once the cart closes, your chance to get this special Group Buy pricing ends.

We will collect all the orders, and send them to be fulfilled. Your bottles will be shipped to you ​as quickly as possible and with FREE shipping.

​When you Subscribe to monthly delivery, we're able to ​pre-process your order and it's shipped faster than we're able to ship one-time purchases.

Don't delay! Get your ​27% ​discount on top of our already low price on CBD + TERPENES drops that are 200% stronger than our CBD softgels and specifically formulated for pain and inflammation.

Can't Wait For The Next Group Buy?

CBD Oil is now in our Shop! Click here to get it now at the regular low price, or subscribe to lock in your extra Group Buy discount anytime!

Get Your CBD Oil Anytime In Our Shop

Please note: CBD Oil is available to US residents only. Due to various shipping restrictions, we are unable to ship CBD Oil internationally.

As always, your purchase today is backed by our simple but honest 100% money-back guarantee. There are no special exclusions on this group buy. No weird sale price restrictions or catches to worry about.

I want you to be happy with your purchase.

So if you’re anything short of completely satisfied, simply return the items within 60 days for a complete refund of monies paid minus shipping.

And we’ll swiftly and kindly process your refund, without hassle. 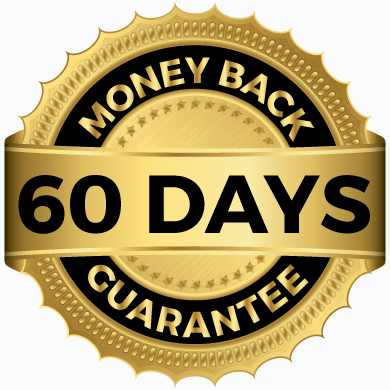 3% of profits from all Grow Network products are donated to the “Earth Recovery Foundation,” a nonprofit organization that provides grants to backyard researchers working on issues critical to individual and family-scale sustainability.

Representations regarding the efficacy and safety of Grow Network CBD Oil have not been evaluated by the Food and Drug Administration. The FDA only evaluates foods and drugs, not supplements like these products. These products are not intended to diagnose, prevent, treat, or cure any disease. Click here and here to find evidence of a test, analysis, research, or study describing the benefits, performance, or efficacy of CBD oil based on the expertise of relevant professionals.

These statements have not been evaluated by the FDA and are not intended to diagnose, treat, or cure any disease. Always check with your physician before starting a new dietary supplement program. 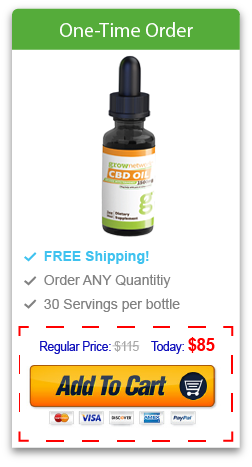 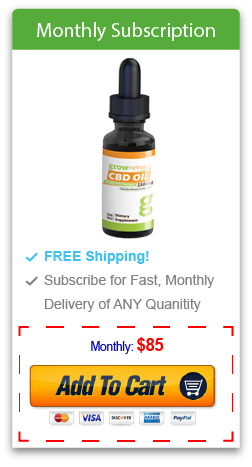 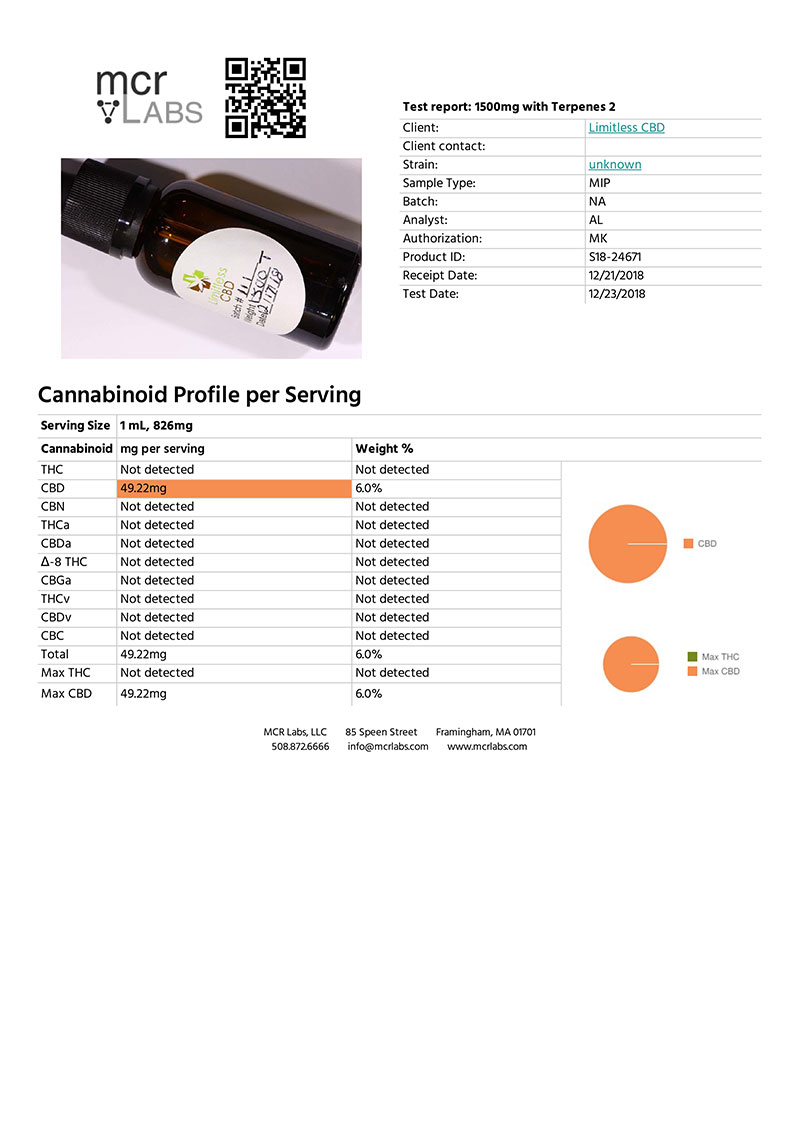