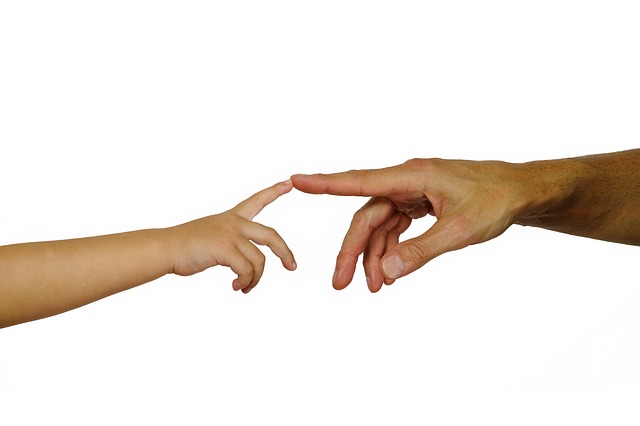 Can You Regrow a Finger? (GRAPHIC)

CAUTION: This article, and the photos in it, include graphic details related to losing and regrowing a finger. If you are disturbed by information and images of this nature, please use your own discretion when determining whether to read further.

At the age of 47, my friend Reneé Ainlay caught one of her index fingers in a grinder … and regrew it.

Here’s her story, as told in the Early Fall 2008 edition of “The Primal Diet Newsletter,” by Aajonus Vonderplanitz. He is the nutritionist who guided her in this regenerative journey.

“The following is a miraculously natural event from Mother Earth’s kitchen of therapies that I discovered through trial and error. Reneé, 47 years young at the time, caught one of her index fingers in a grinder. It was ground including bone. Not even one cell could be saved and reattached. I advised her to apply lime juice first to the open wound and surrounding area. Lime juice surrounds particles and dead cells of flesh, blood, lymph, and nerves so that white blood cells would not amass in the area that could complicate healing and regrowth. I suggested that she apply coconut cream over the lime juice, and apply unheated honey over the coconut cream, then lay a very thin slice of fresh beef or buffalo steak over her finger’s open wound. I asked her to cover the meat with a piece of coconut cream–moistened gauze to prevent the meat from drying and contracting her wound. I instructed her to place a piece of plastic the size of the gauze to cover the gauze and prevent the gauze from drying, then tape it all loosely with adhesive gauze. The following photos recorded her finger’s healing progress while Reneé adhered to my Primal Diet and followed my advice for her finger. The first 2 photos were taken within 3 days of injury on September 12, 2007. The third and fourth photos were taken November 6, 2007. The last 2 were taken September 22, 2008, one year after the incident.” 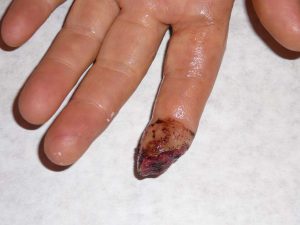 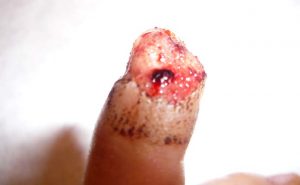 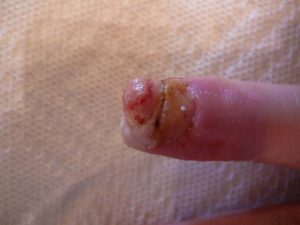 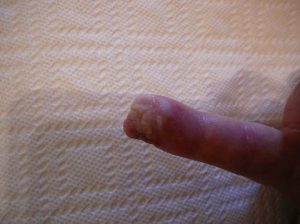 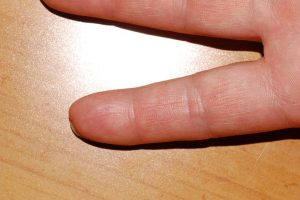 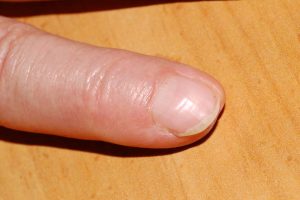 Isn’t that incredible? I know Reneé personally, and this event did actually happen the way it was written above.

By the way, if you want to learn a little more about Reneé, check out the interview I did with her on “Dissolving Kidney Stones Without a Doctor,” here: https://thegrownetwork.com/dissolving-kidney-stones-without-a-doctor-marjory-wildcraft-interviews-renee-ainly/

You’ll notice that coconut cream is a common theme in both of these stories—in fact, Reneé believes in it so much that she cofounded Original Living Coconut, a Missouri-based company that processes and sells raw, organic coconut cream (as well as coconut oil, coconut cream-based desserts, and coconut kefir). You can check out the company’s website here: www.originallivingcoconut.com

Then, let me know your thoughts on Reneé’s story!

(This is an updated version of an article that was originally published on March 8, 2018.)