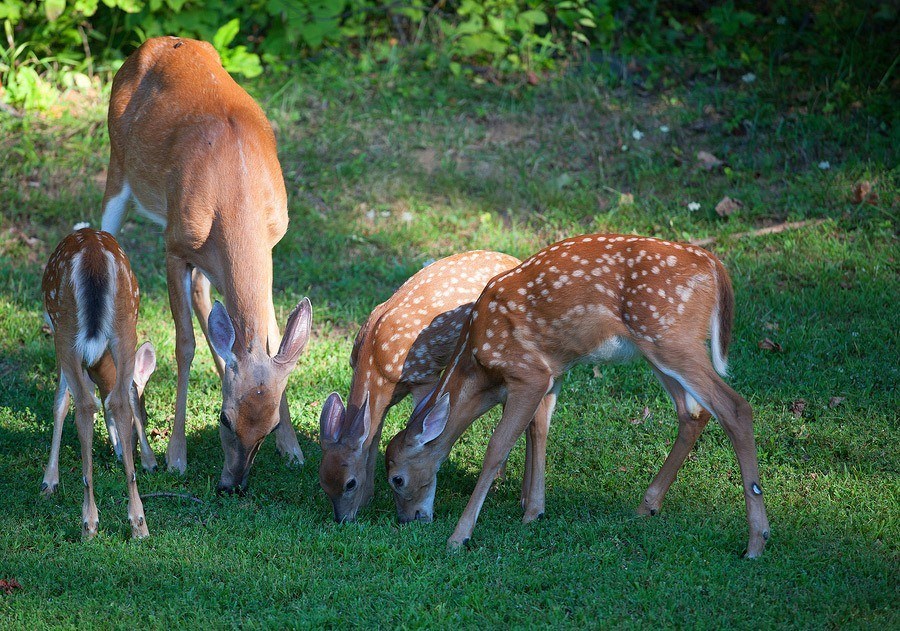 A Simple Deterrent for Deer

An Inexpensive and Easy Solution for Browsing Deer

About 10 years ago, we had a big vegetable garden that was about 40’x 40′. I planted several rows of bush beans in the garden that year and I got a bit obsessive, every day watering and waiting for those first sprouts of green to appear.

One morning I went to the garden, and there they were! I am always enthralled to see plants come up from seed! It’s such a beautiful and miraculous thing to watch.

The next morning, I went out to my garden and what did I see? Every single bean sprout was nipped to the ground. And there were deer tracks leading to and from those rows of beans! I was about fit to be tied!

We were headed to church that morning, so I steamed off! Once I got to church, I was talking to some of the ladies about the deer that had destroyed my young garden. One of the ladies told me about a secret trick she used to keep the deer out of her garden…

Using Rubber Snakes in the Garden

She told me to buy rubber snakes and place them out on the ground in the garden. I’d never heard of such a thing, but after church I went straight out and found them at the dollar store. They were inexpensive, and I bought several of them.

I went home and replanted those beans, in the same rows where I had planted them the first time. And I placed the snakes all around on the ground in the garden.

As soon as I saw the new beans sprout up, I made sure to place a few rubber snakes nearby on those rows.

The next morning, I went out and I was shocked by what I saw. The beans were still growing. There were fresh deer tracks heading toward the bean plants, but they turned away a few feet from my rows of beans and exited the garden!

I was pleasantly surprised, to say the least! From that day on, I have used rubber snakes in my garden every year.

Thanks to Linda Bacon for participating in the [Grow] Network Writing Contest.